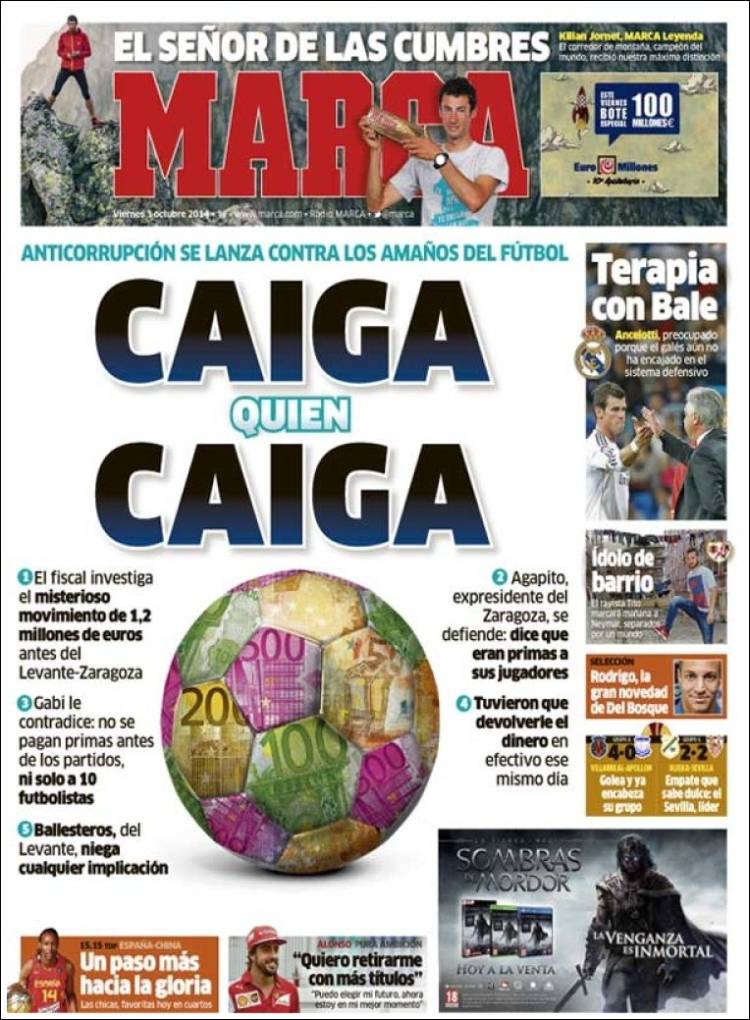 Whoever falls will fall

The public prosecutor investigates the mysterious movement of €1.2m before the Levante-Zaragoza game

Agapito, the former President of Zaragoza, defends himself; he says they were bonuses for his players

Gabi contradicts him; they don’t pay bonuses before the game, not to 10 players

They had to return the money in cash the same day

Therapy for Bale; Ancelotti is worried because the Welshman has still not fitted into his defensive system

The idol of the neighbourhood; Rayo Vallecano’s Tito will be up against Neymar, separated by a world

Rijeka-Sevilla; a draw that tastes sweet 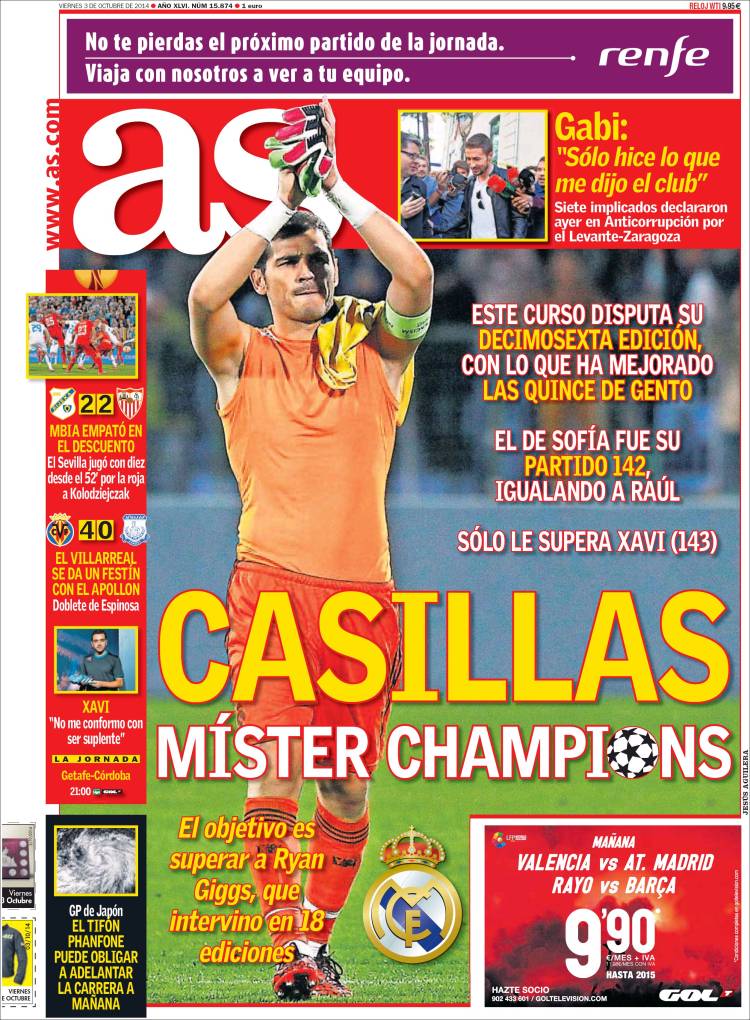 This campaign he is playing in his 16th edition of the tournament, overtaking Gento’s 15

The aim is to surpass Ryan Giggs, who has taken part in 18 tournaments

Gabi: “I only did what the club told me”

M’Bia equalises in time added on

Xavi: “I’m not happy being a substitute” 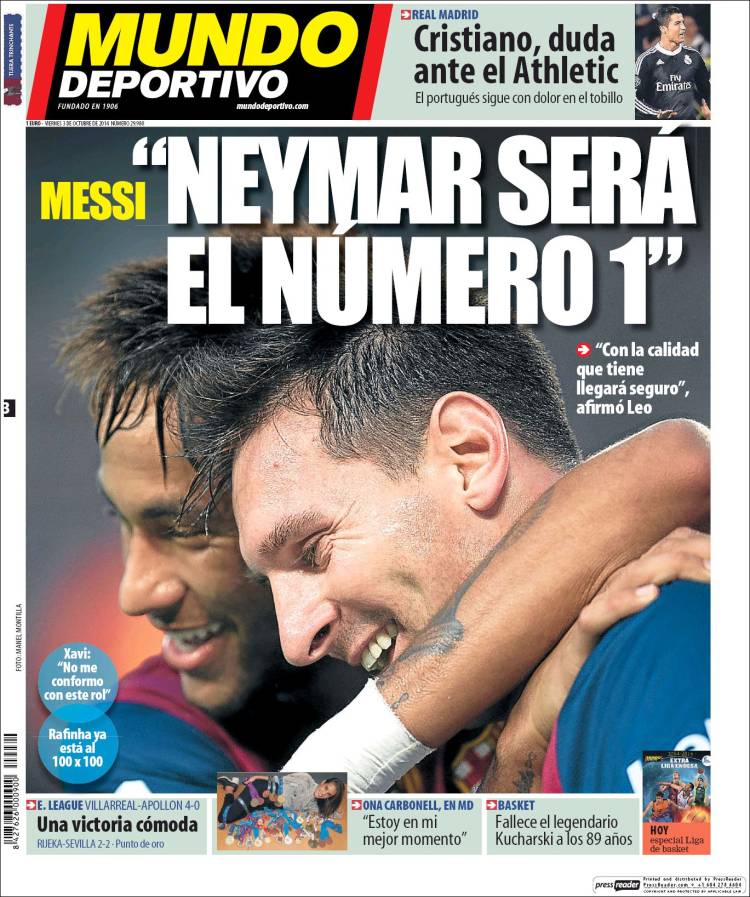 “With his quality I’m sure he’ll get there,” declares Leo

Xavi: “I’m not happy with this role”

Cristiano a doubt for Athletic

The Portuguese has still got pain in his ankle