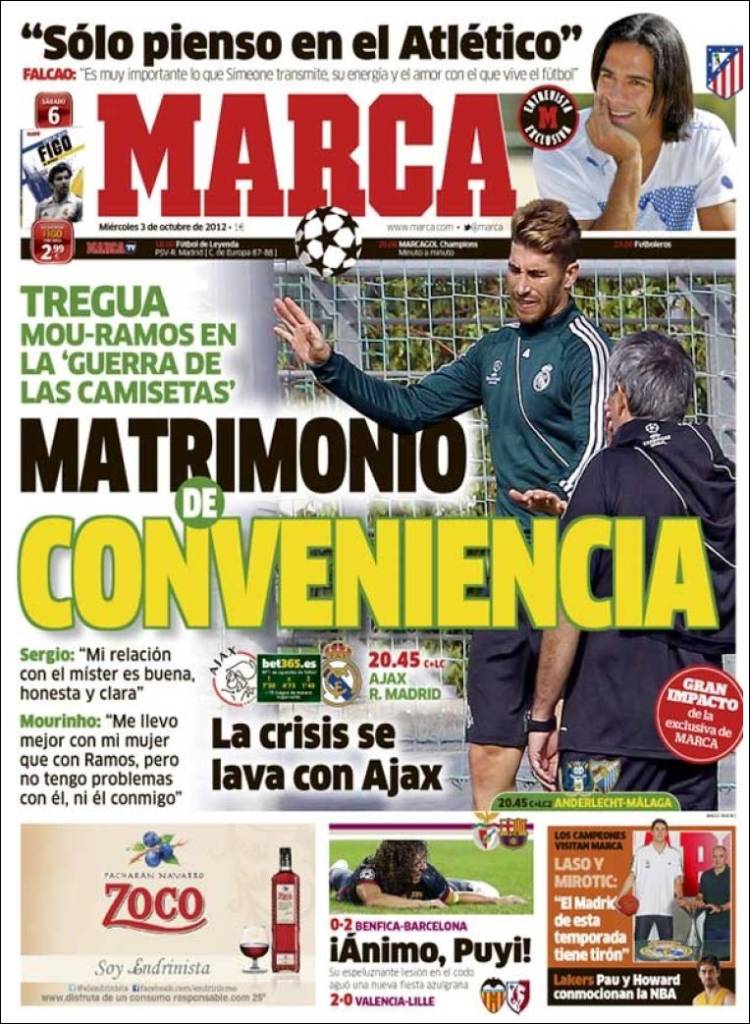 Truce: Mou-Ramos in the 'war of the jerseys'

Sergio: "My relationship with the boss is good, honest and clear"

Mourinho: "I get on better with my wife than Ramos but I have no problem with him, nor him with me"

The crisis freshens up at Ajax

"I'm only thinking of Atletico"

Falcao: "It's very important Simeone transmits his energy and love of football" 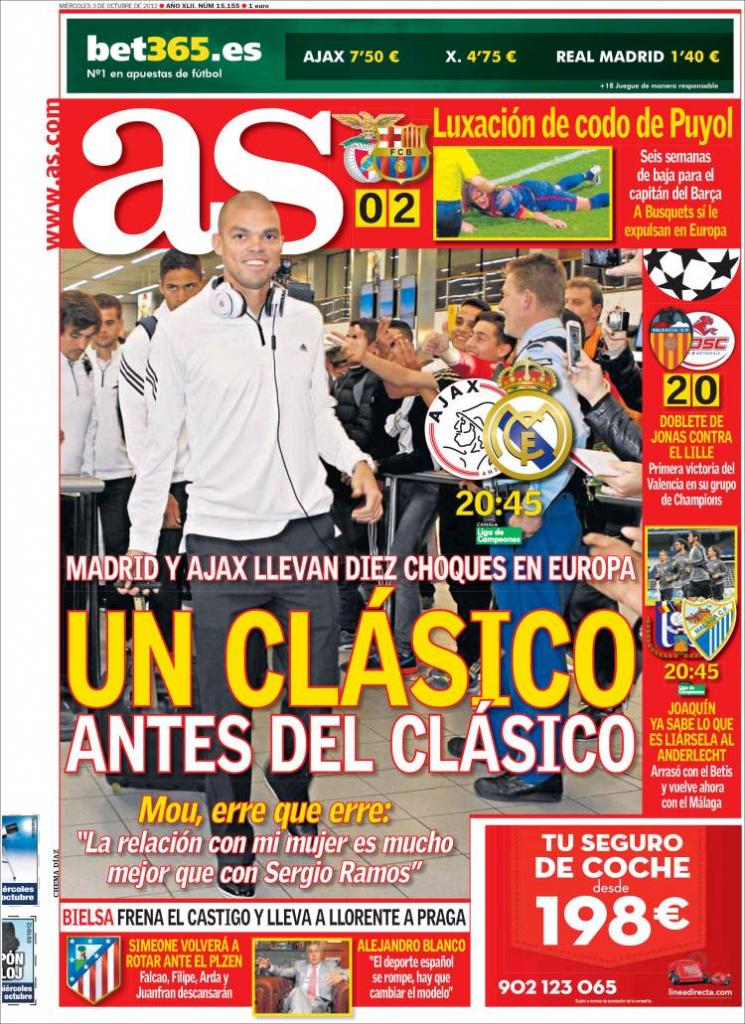 A classic before El Clasico

Madrid and Ajax have played 10 times in Europe

Mou: "The relationship with my wife is much better than with Ramos"

Bielsa puts punishment on hold and takes Llorente to Prague

Dislocated elbow for Puyol: Six weeks out for the Barca captain

Joaquin knows what it is to mess up against Anderlecht: he did it with Betis and now returns with Malaga

Alejandro Blanco: Spanish sport is broken, we need to change the model 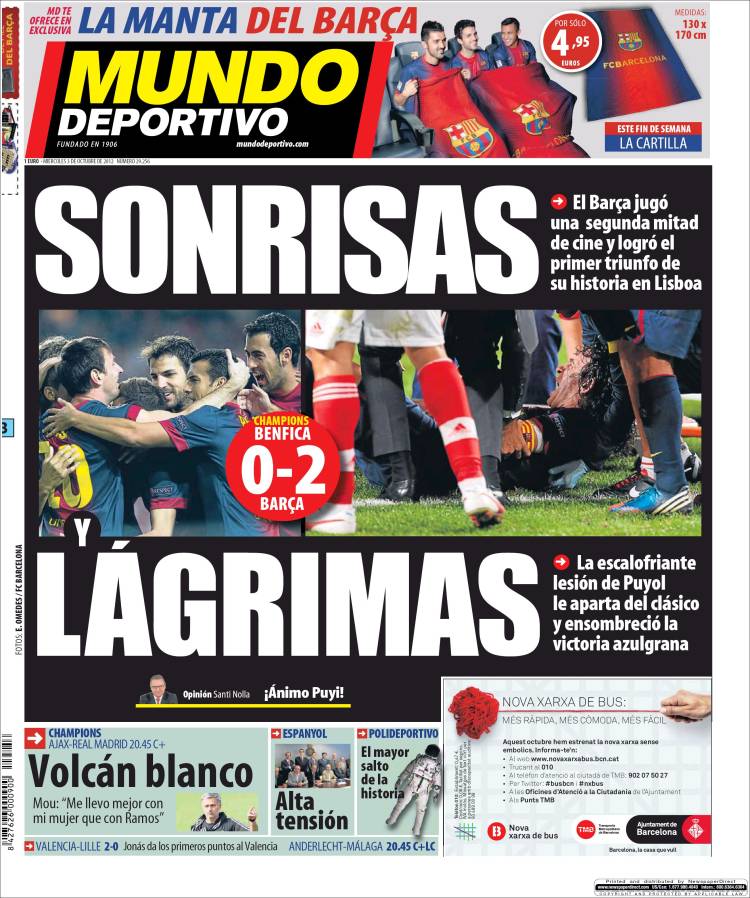 Smiles: Barca play a cinematic second half and get their first-ever triumph in Lisbon

Tears: Puyol's spine-chilling injury keeps him out of El Clasico and overshadows the Blaugrana victory

White volcano - Mou: "I get on better with my wife than Ramos"