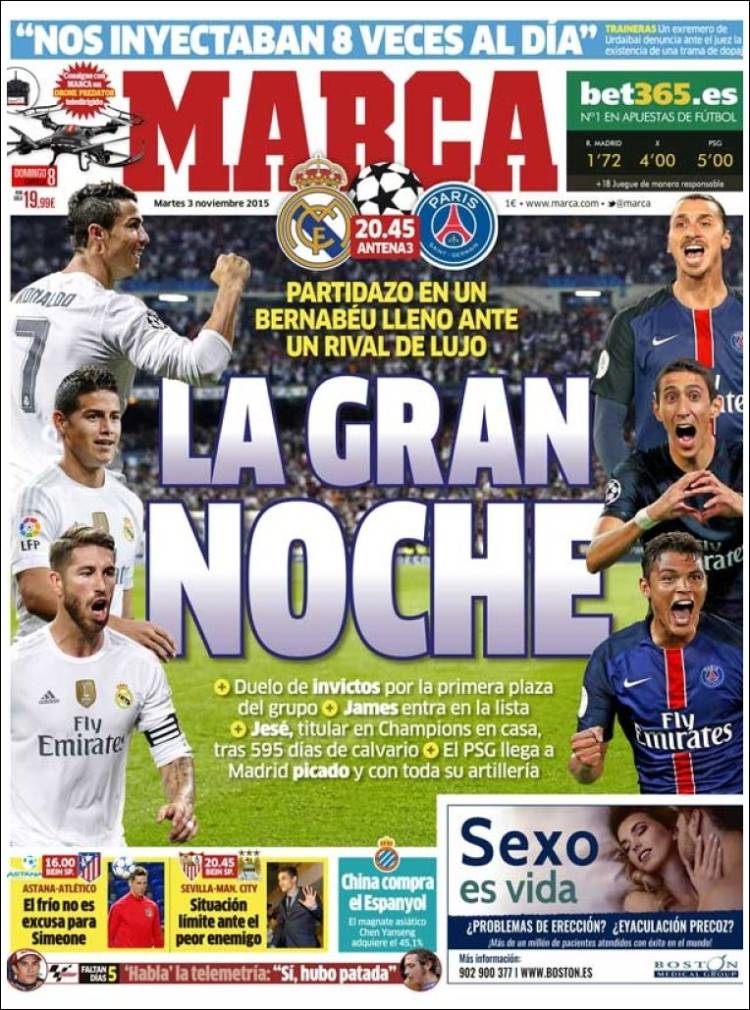 Great game at a full Bernabeu against a wealthy rival

Duel of the undefeated for first place in the group

Jese, starter at home in the Champions League, 595 days after his ordeal

PSG come to Madrid angry and with all their artillery

“We injected eight times a day”

The cold is no excuse for Simeone

Extreme situation against the worst enemy 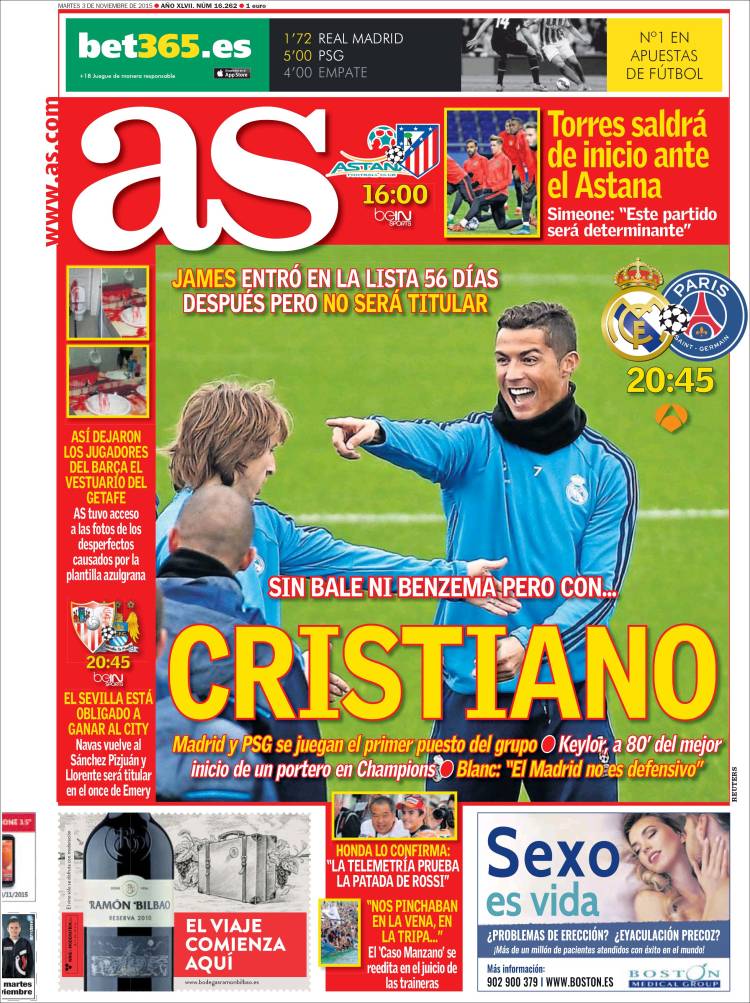 James enters the list after 56 days but won’t start

Without Bale nor Benzema but withCristiano

Madrid and PSG play for first place in the group

Keylor, 80 minutes from the best start of a goalkeeper in the Champions League

Torres will start against Astana

Simeone: “This match will be decisive”

How the Barca players left the Getafe locker room 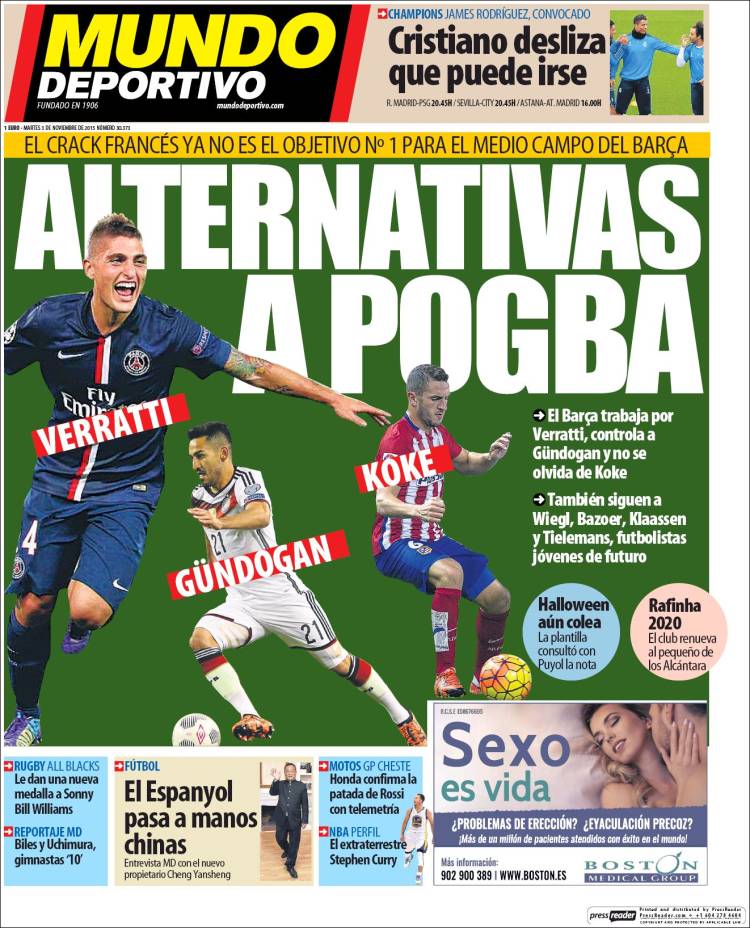 The squad consulted Puyol on the statement

The club renews the Alcantara lad

Cristiano lets slip he could leave