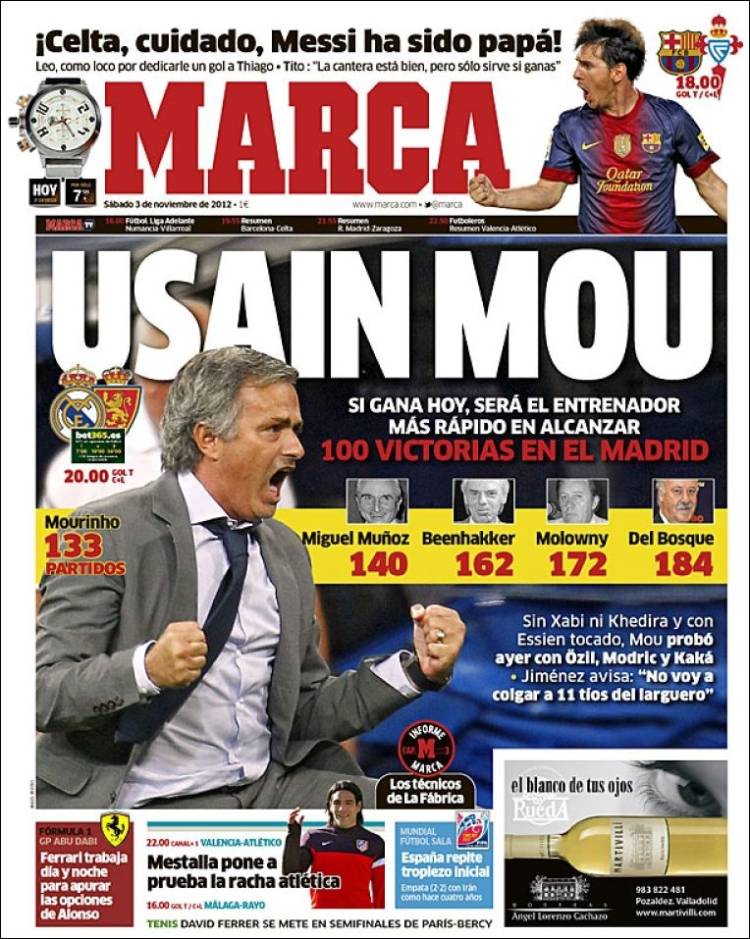 Without Xabi or Khedira and with Essien injured, Mou tried out Ozil, Modric and Kaka yesterday

Jimenez warns: “I’m not going to hang 11 lads from the crossbar”

Celta look out, Messi is a father!

Leo, keen to dedicate a goal to Thiago

Tito: “The youth team is doing well, but that only matters if you win”

Vilanova can make history – if he gets a point today it will be Barca’s best-ever start to La Liga, overtaking Van Gaal’s 1997-98 team 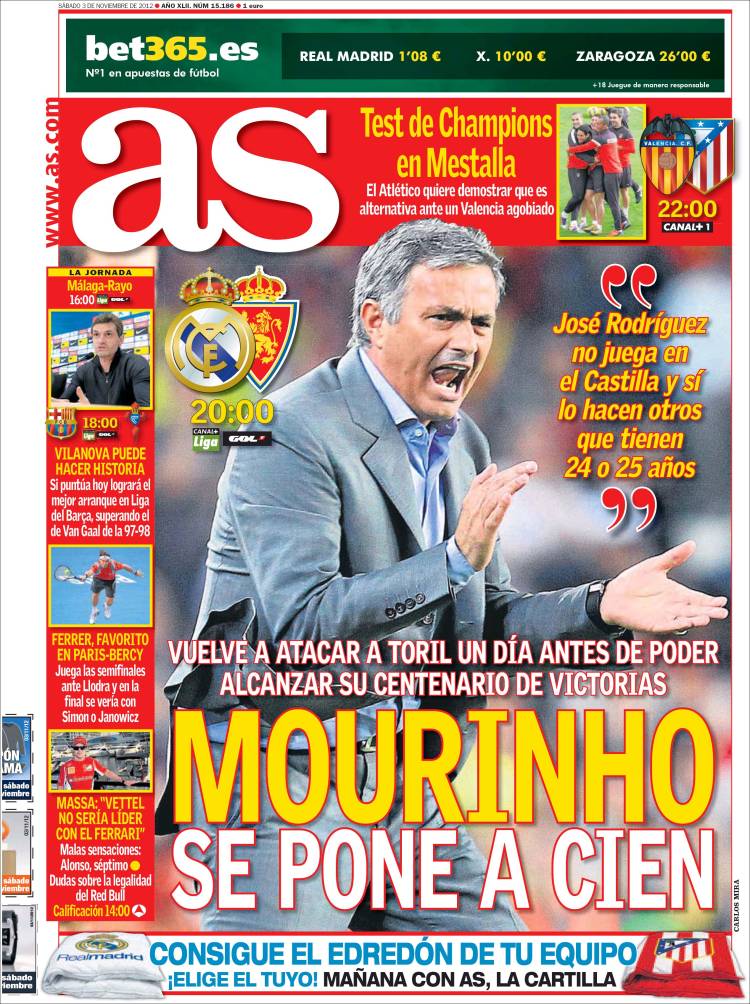 “Jose Rodriguez does not play for Castilla and yes, there are others who are 24 or 25”

Champions test in Mestalla: Atletico want to show they are an alternative to a Valencia team in a mess 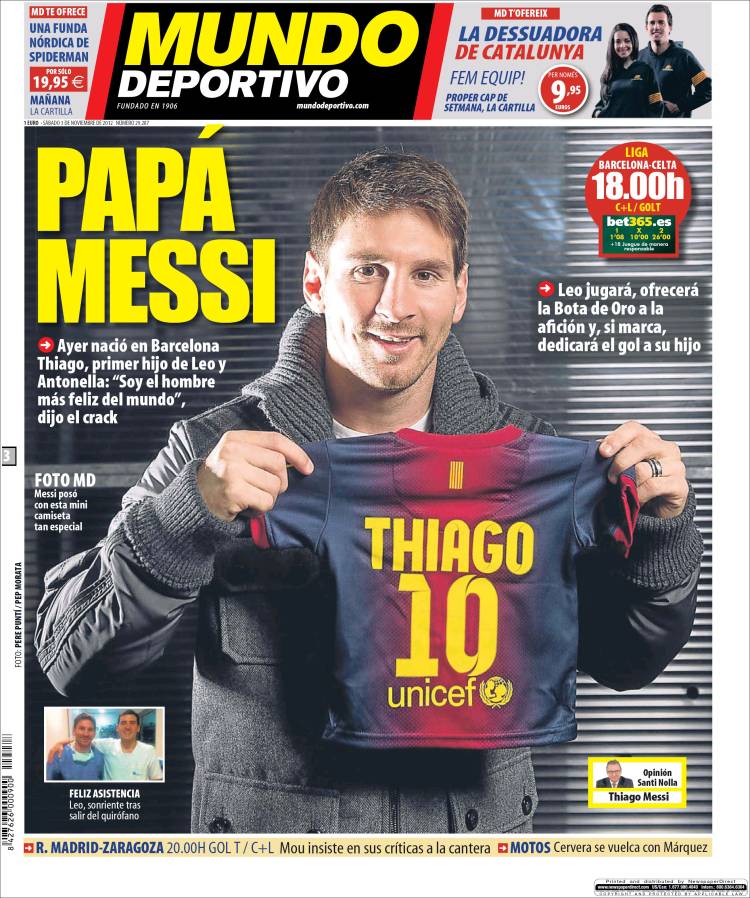 “I’m the happiest man in the world,” says the star

Leo will play, will show off the Golden Boot to the fans and, if he scores, will dedicate the goal to his son

Mou adamant following his criticism of the youth team