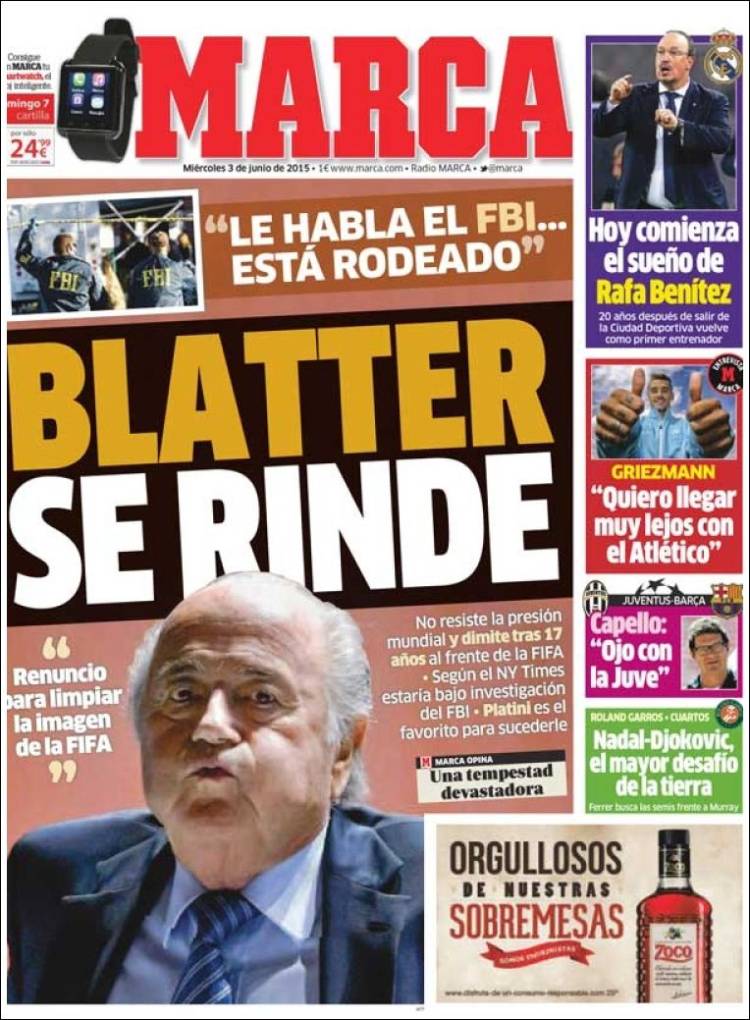 “The FBI talks to him…he is surrounded”

“He resigns to clean the image of FIFA”

Platini is the favourite to succeed him

“I want to go very far with Atletico” 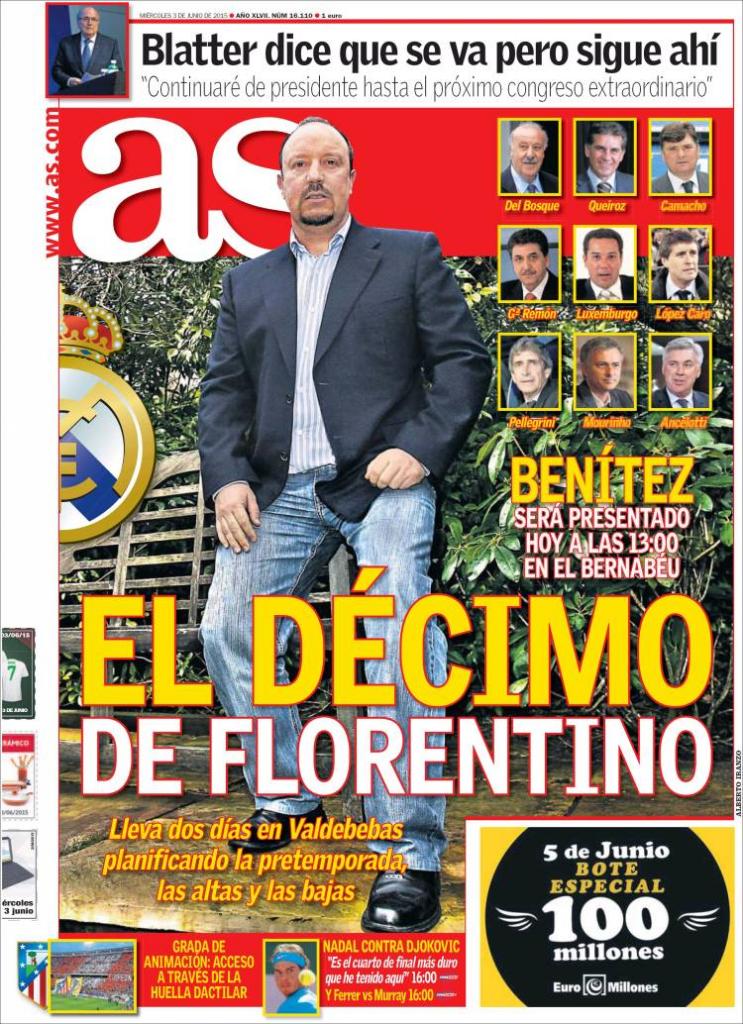 The 10th of Florentino

He has spent two days at Valdebebas planning the pre-season, the highs and the lows

Blatter says he’s going away but he’s still there

“I will continue as President until the next extraordinary congress” 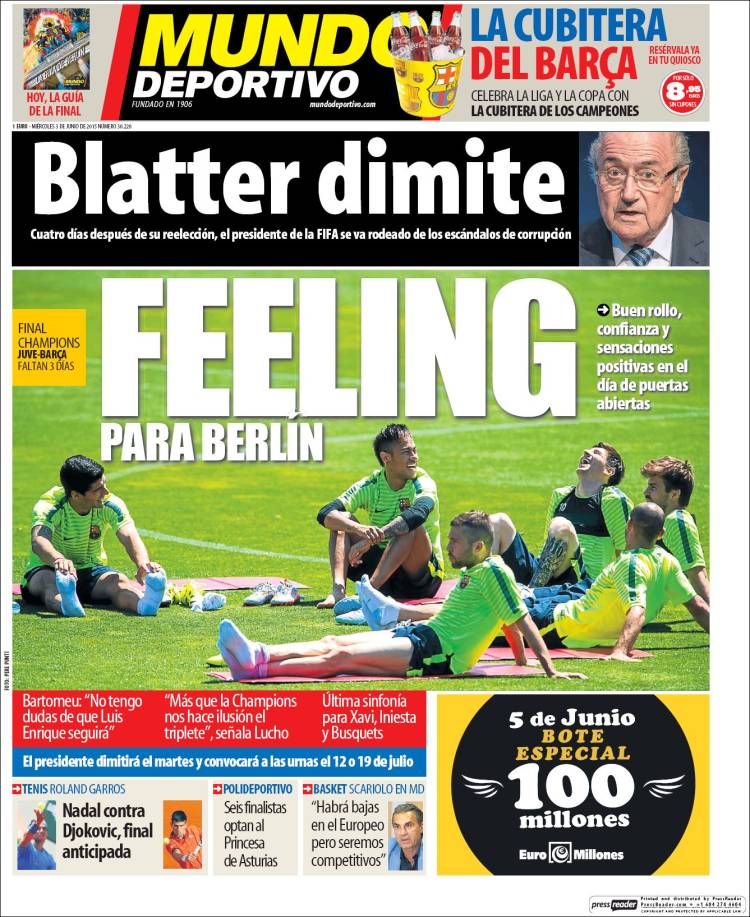 Good vibes, confidence and positive feelings on the open day

Bartomeu: I have no doubt Luis Enrique will continue

“More than the Champions League, the treble excites us,” Lucho says

Four days after his re-election, the President of FIFA is surrounded by corruption scandals