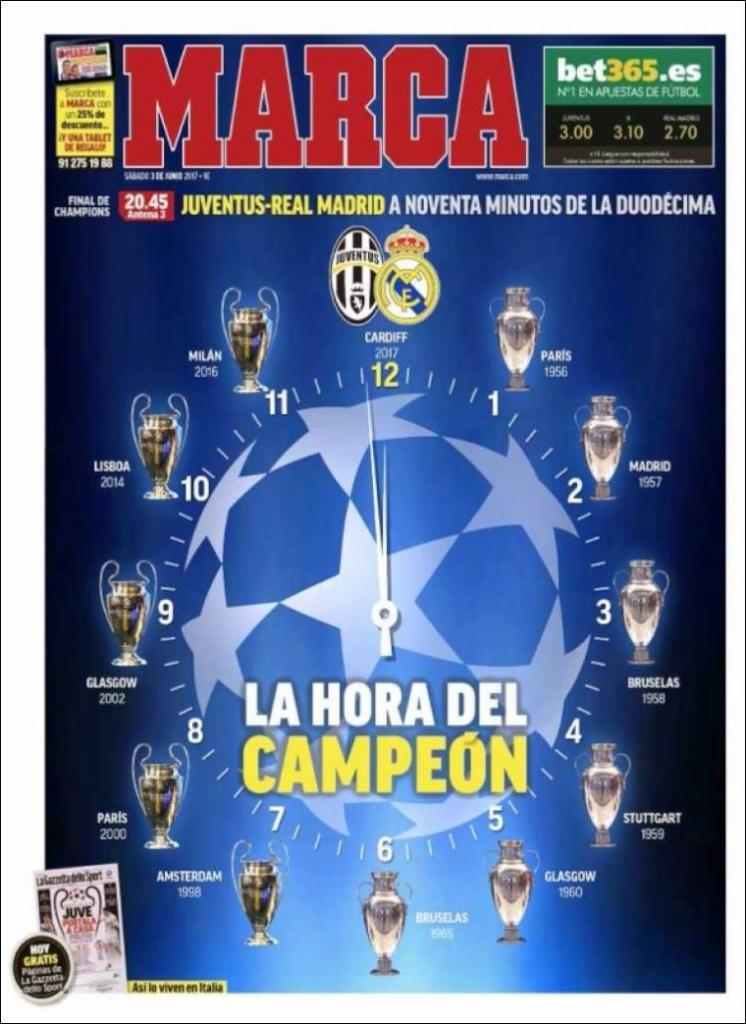 Hour of the champions

Ninety minutes away from La Duodecima 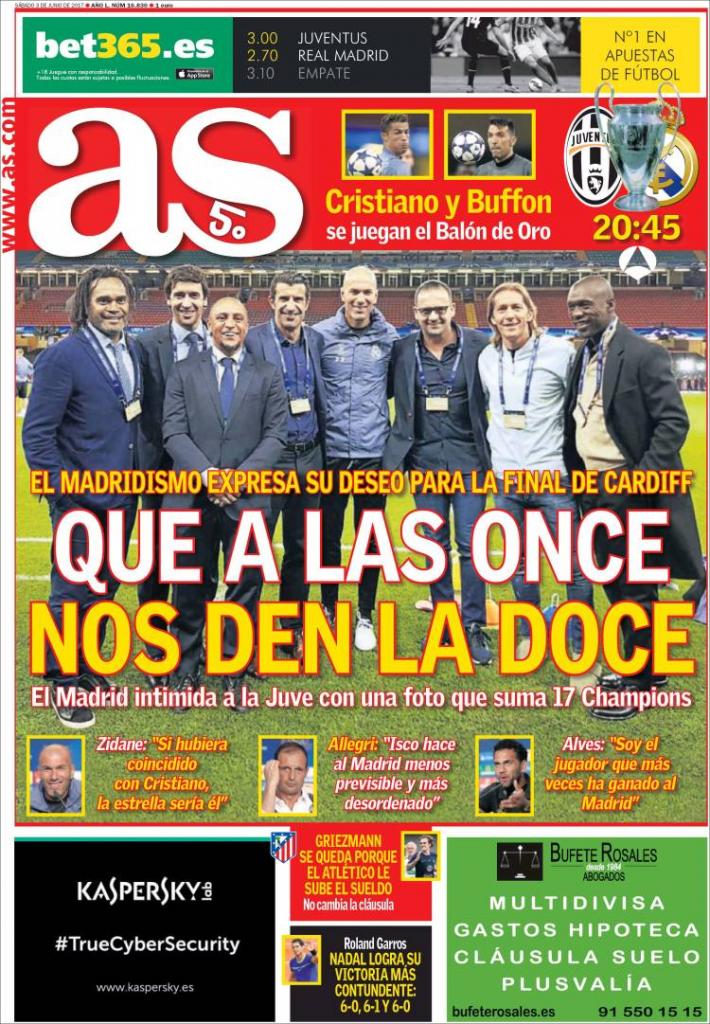 ‘Madridismo’ express their hope for the Cardiff Final

Madrid intimidate Juve with a photo that contains 17 Champions Leagues

Zidane: “If I’d coincided with Cristiano, the star would be him”

Alves: “I’m the player that has beaten Madrid the most times”

Cristiano and Buffon play for the Ballon d’Or

Griezmann will stay as Atletico raise his salary

His release clause does not change 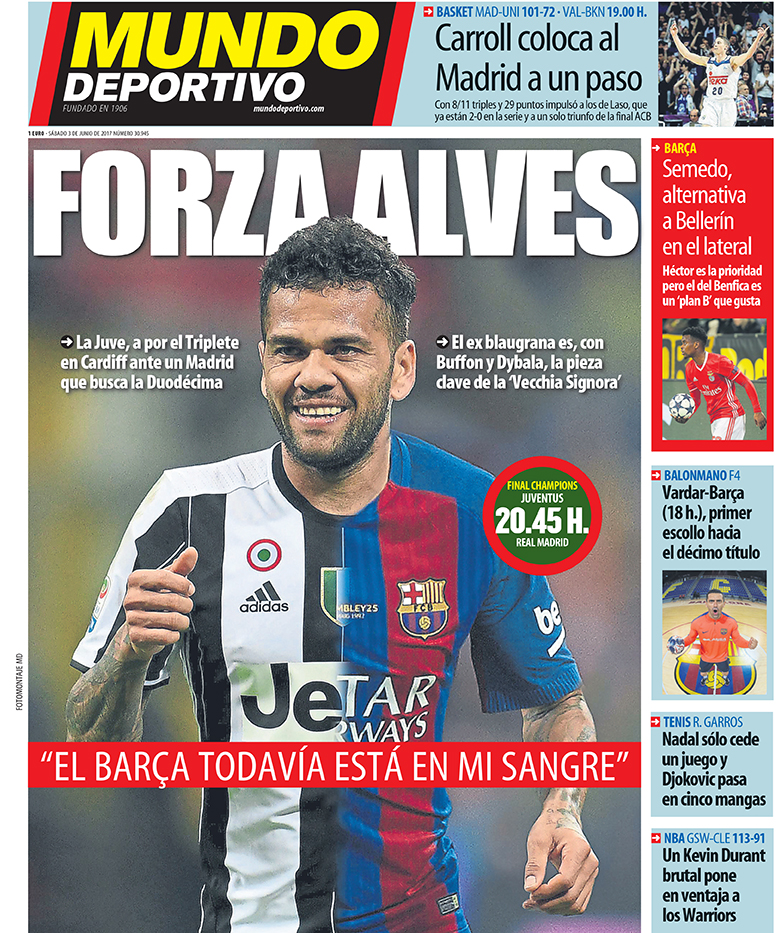 “Barca are still in my blood”

The former Blaugrana man is, alongside Buffon and Dybala, a key piece of the Old Lady’s jigsaw

Semedo, an alternative to Bellerin on the right

Hector is the priority, but the Benfica man is a ‘Plan B’ that they like