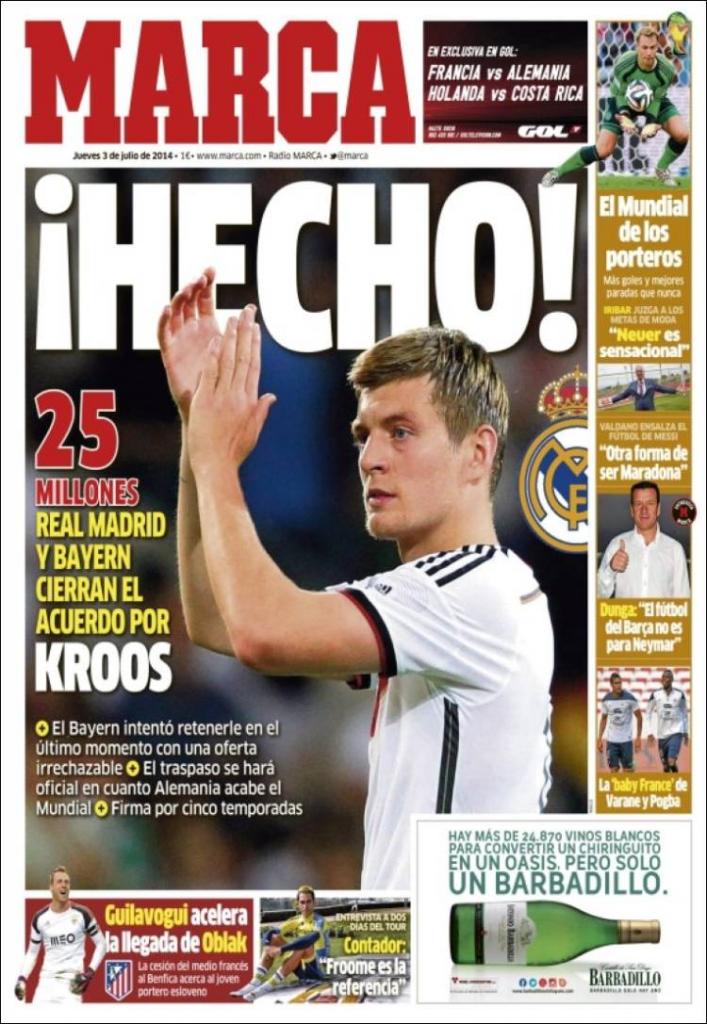 Real Madrid and Bayern seal the agreement for Kroos

Guilavogui speeds up the arrival of Oblak

The World Cup of goalkeepers

More goals and better saves than ever

Iribar assess the keepers in fashion

'Neuer is a sensation'.

Valdano praises Messi's football: 'Another form of being Maradona'

The baby France of Varane and Pogba 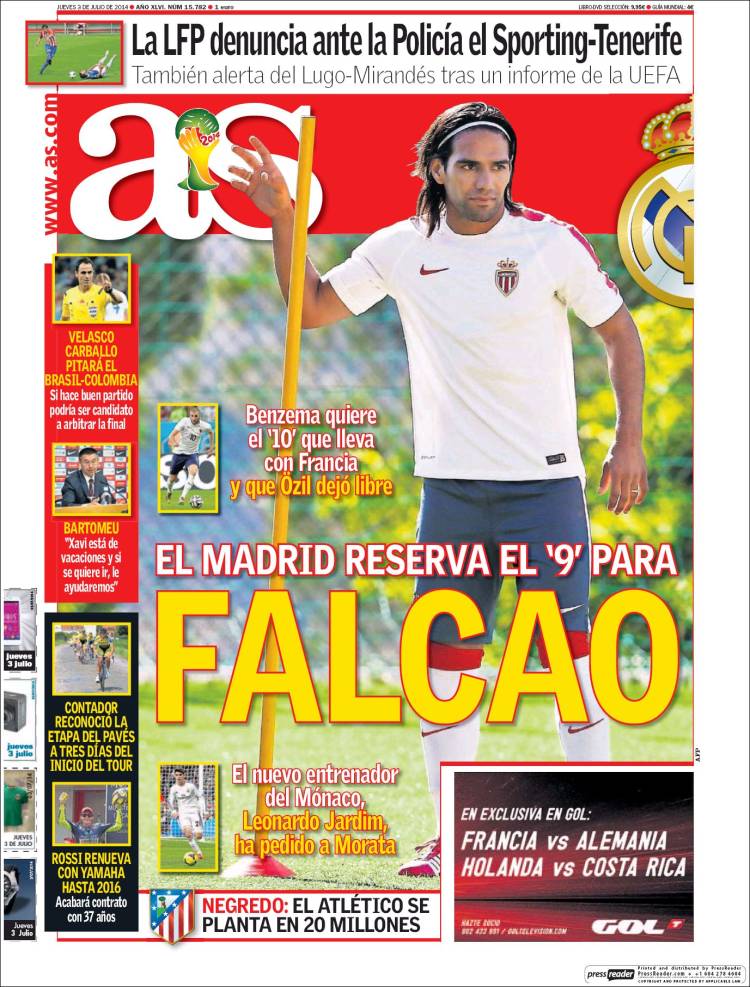 Madrid reserve the No. 9 for Falcao

Benzema wants the No. 10 that he wears for France that Ozil left free

The new Monaco manager, Leonardo Jardim, has asked after Morata

The LFP denounce to the Police the Sporting- Tenerife match

They have also highlighted Lugo-Mirandes following a UEFA report

Bartomeu: 'Xavi is on holiday and if he wants to go, we will help him' 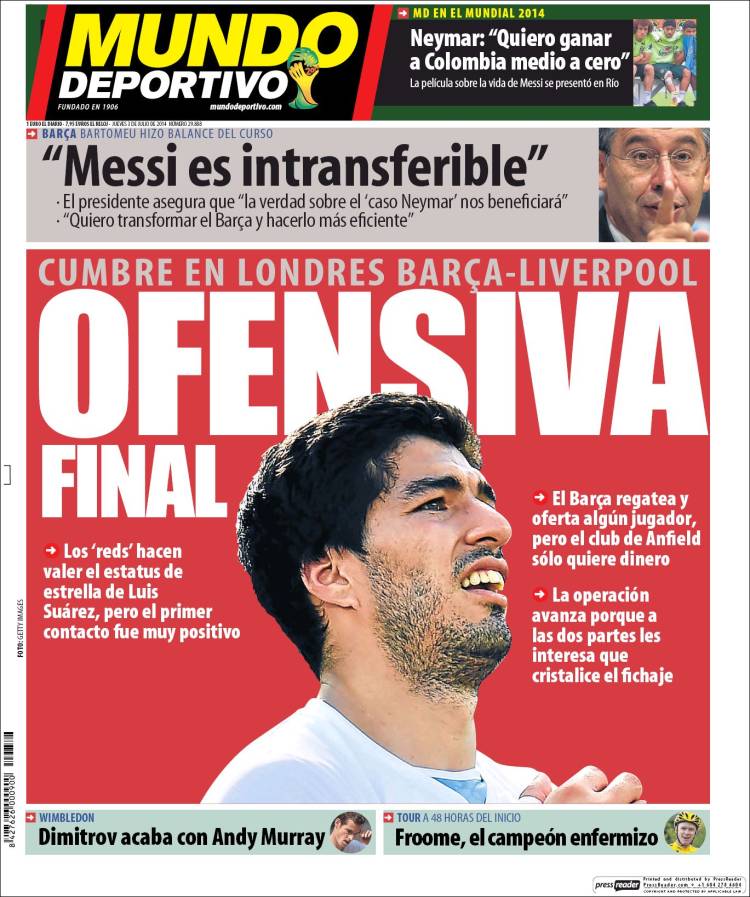 Barca and Liverpool meet in London

The Reds assert their take on their star Luis Suarez, but the first contacts were very positive

Barca haggle and offer any player, but the Anfield club only want money

Neymar: 'I want to beat Colombia to nil'

The film about Messi's life was presented in Rio

'I want to transform Barca and do it the most efficiently'