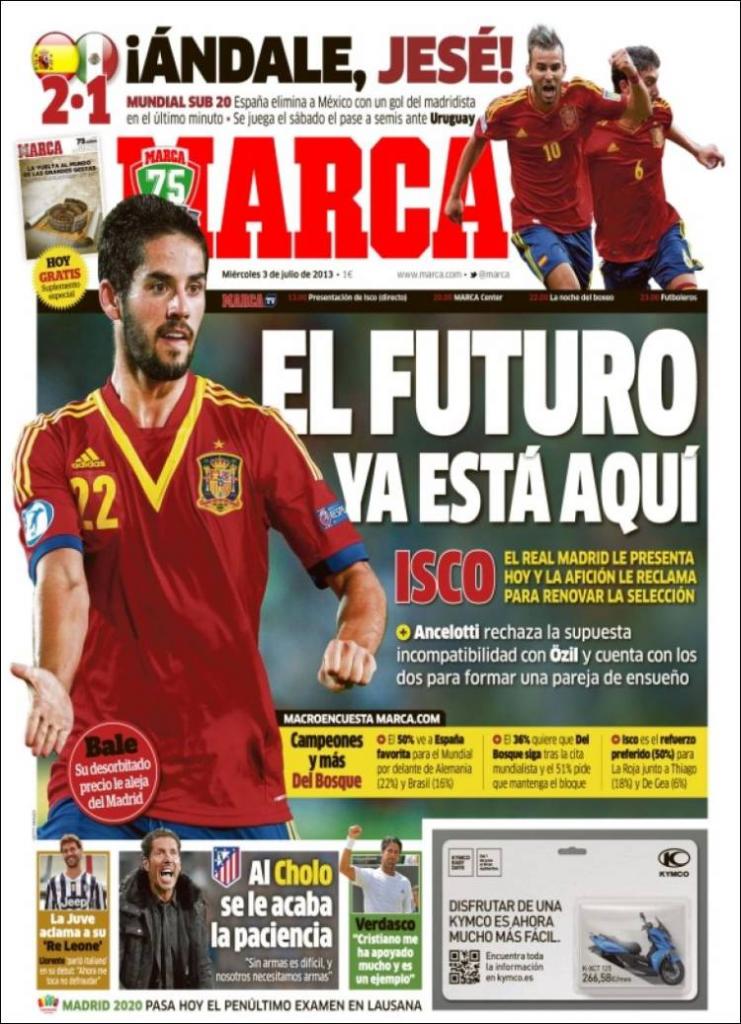 The future is here

Isco: Real Madrid will present him today and the fans call upon him to rejuvenate the national side

Come on Jese! World Under-20’s – Spain knock Mexico out with a last-minute goal from the Madrid player

Verdasco: “Cristiano has supported me a lot and is an example” 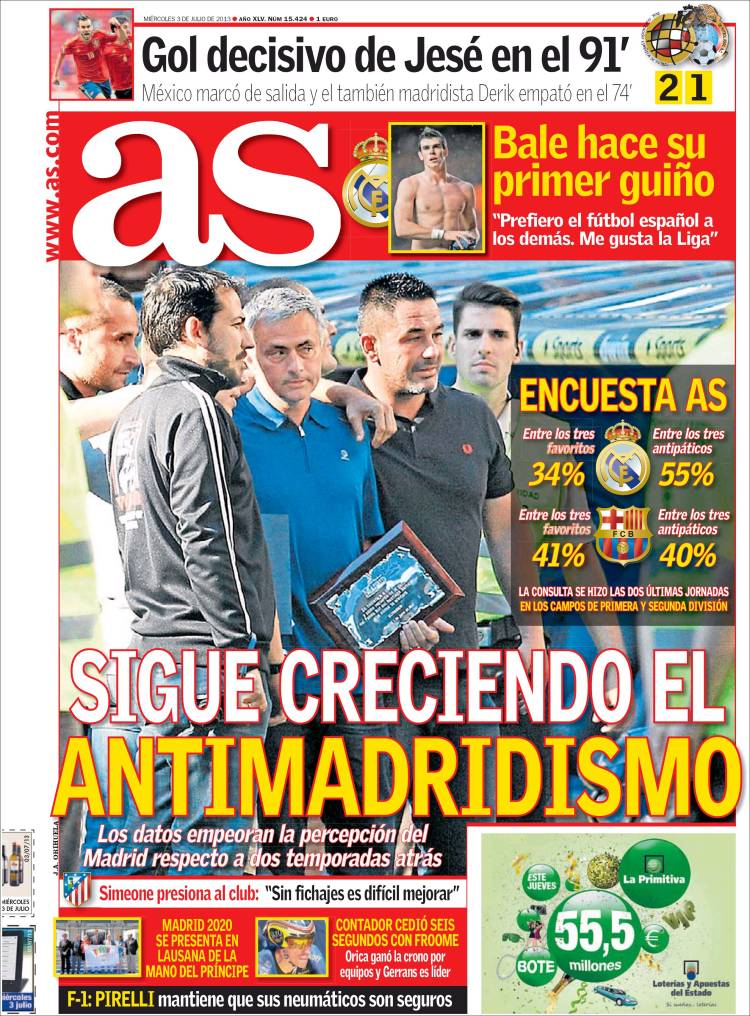 Bale gives his first nod: “I prefer Spanish football to the rest. I like La Liga” 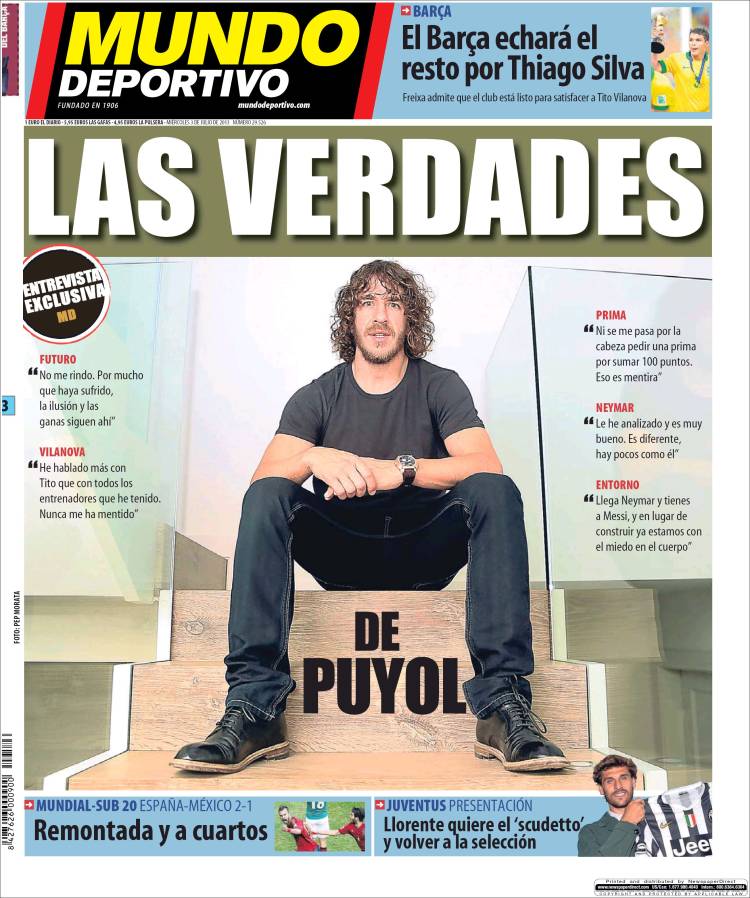 The truth from Puyol

The future: “I’m not giving up. I’ve suffered a lot but the hope and will to win are still there”

Vilanova: “I’ve spoken more with Tito than any Coach I’ve had. He has never lied to me”

Bonuses: “It never entered my mind to ask for a bonus on getting 100 points. It’s a lie”

Neymar: “I’ve studied him and he’s good. There are few like him”

Atmosphere: “Neymar is coming and we have Messi. Instead of rebuilding we are already striking fear into people”

Barca will go all out for Thiago Silva

Freixa admits the club are ready to satisfy Tito Vilanova

Spain 2 Mexico 1: Comeback and now heading for the quarter-finals

Juventus presentation: Llorente wants the Scudetto and a return to the national team