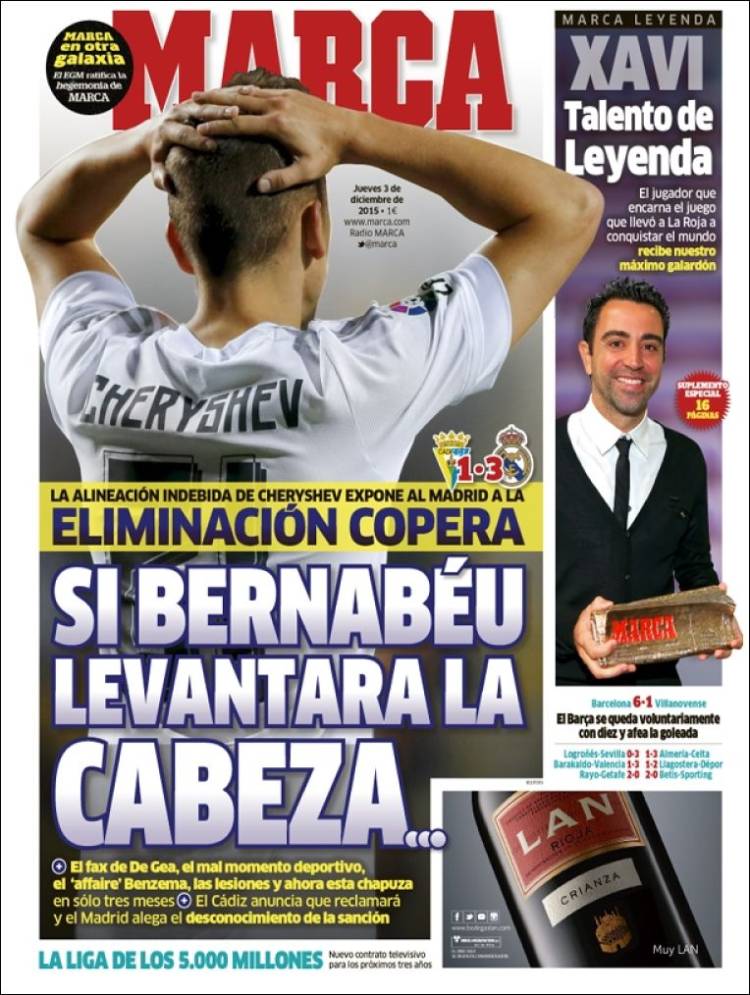 Cheryshev’s ineligible start exposes Madrid to elimination from the Cup

If the Bernabeu lifted its head

The De Gea fax, the bad sporting form, the Benzema ‘affair’, injuries and now this botched in only three months

New TV deal for the next three years

Talent of a legend 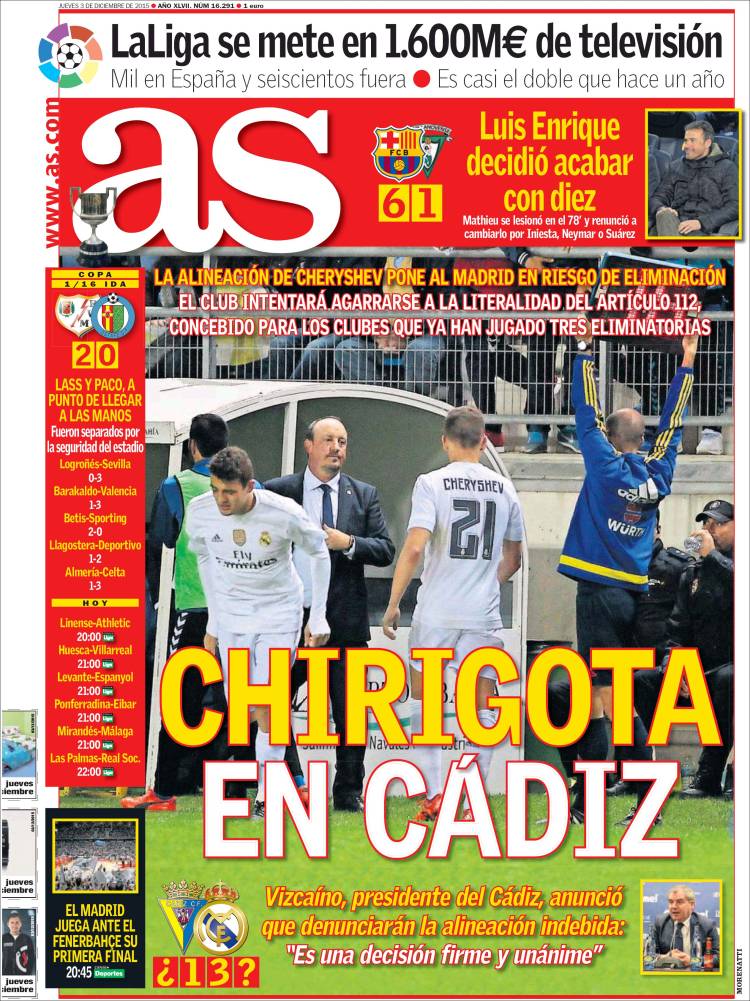 The club will try to cling to the exact wording of article 112, conceived for the clubs that have already played three rounds

Vizcaino, President of Cadiz, announced they will appeal the ineligible line-up: “That’s the decision and it is unanimous”

It’s almost double that of a year ago

Luis Enrique decides to finish with 10

Mathieu injured after 78 minutes and he declines to bring on Iniesta, Neymar or Suarez

Lass and Paco, about to come to blows

They were separated by stadium security 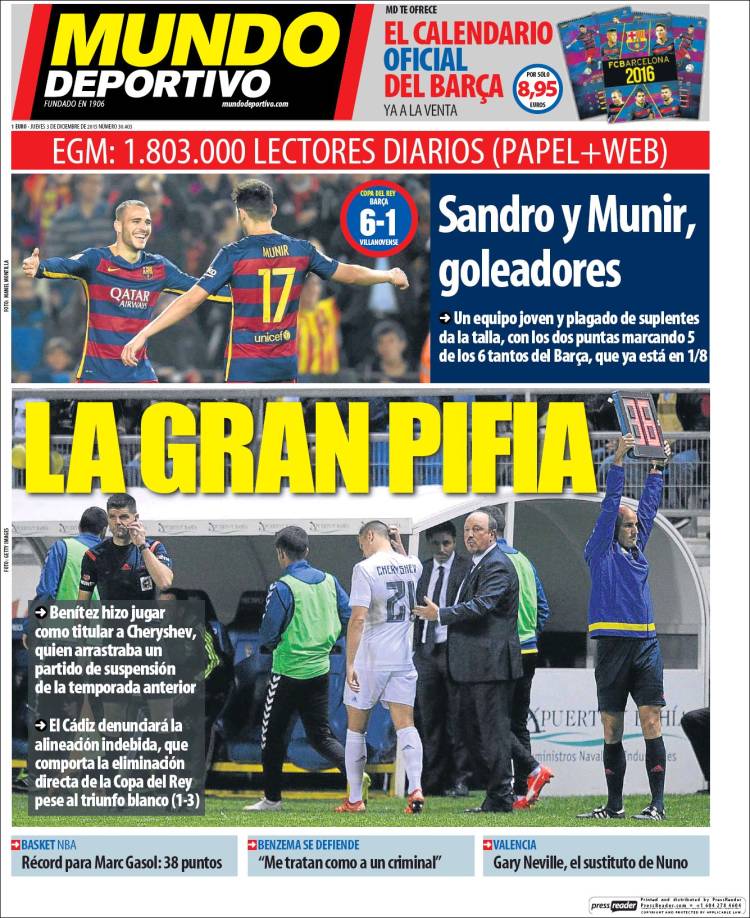 A team young and full of substitutes, with the pair scoring five of the six, already in the next round

Benitez chose to play as a starter Cheryshev, who carried a suspension from the previous season

Cadiz appealed the ineligible line-up, which involves direct elimination from the Copa del Rey despite the Blancos winning (1-3)