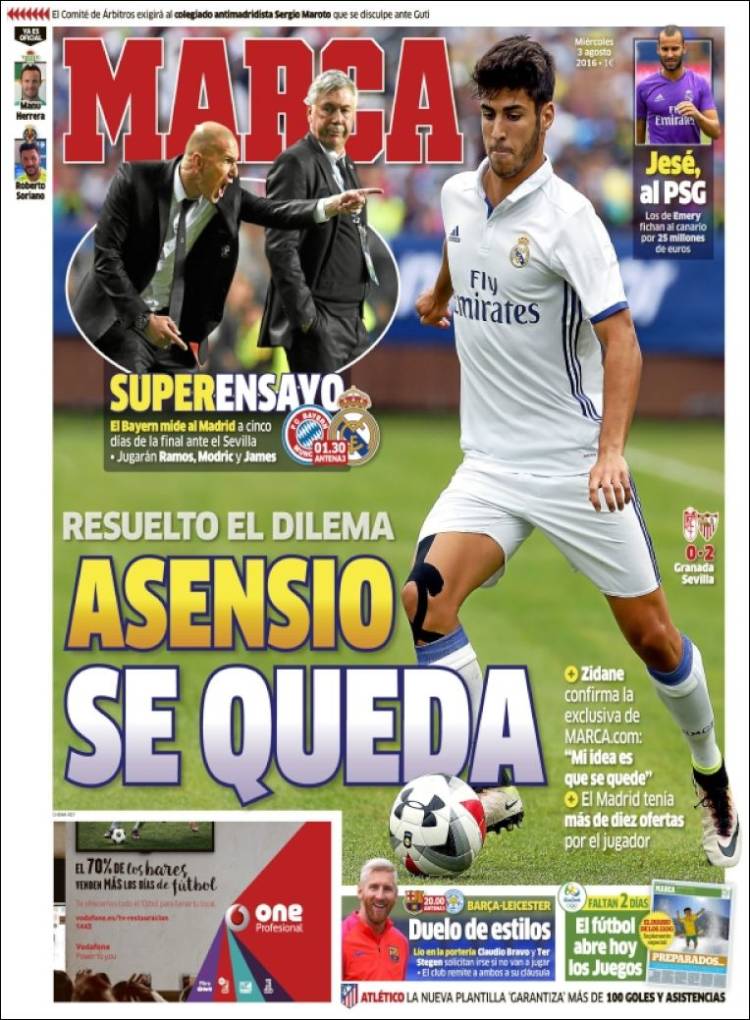 Bayern measure Madrid five days before the final against Sevilla

Result of the dilemma

Zidane confirms the exclusive of Marca.com: “My idea is that he stays”

Madrid had more than 10 offers for the player

The club refers both to the clause

The new squad ‘guarantees’ more than 100 goals and assists 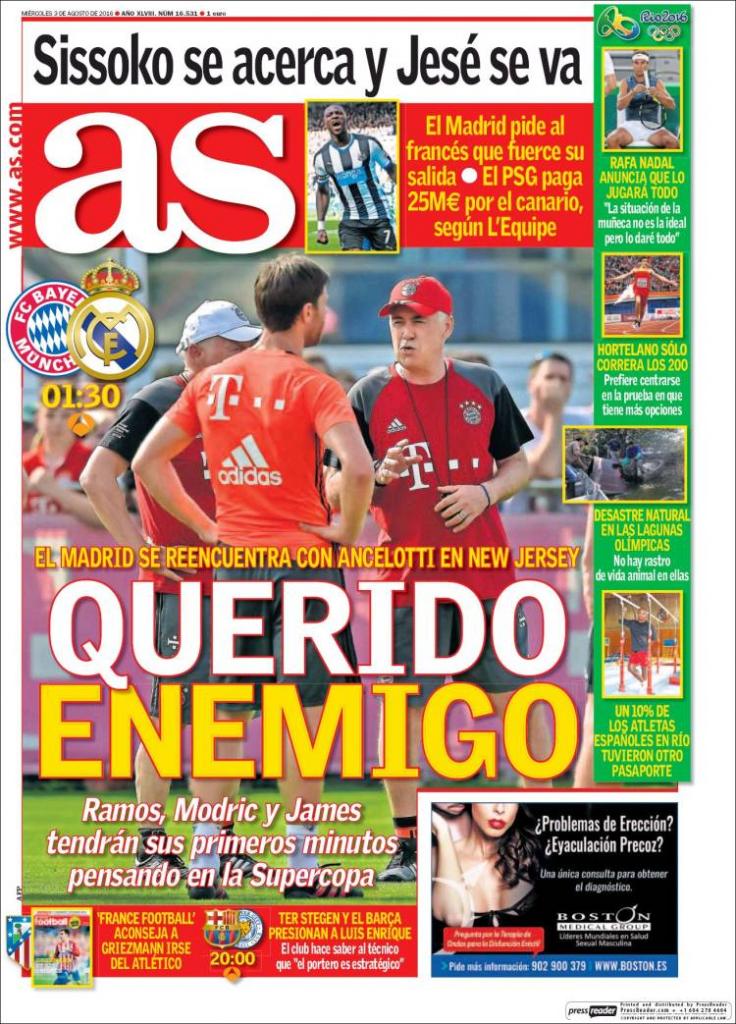 Madrid calls on the Frenchman to force his exit

Ramos, Modric and James will have their first minutes thinking about the Super Cup

The club let the Coach know the ‘goalkeeper is strategic’ 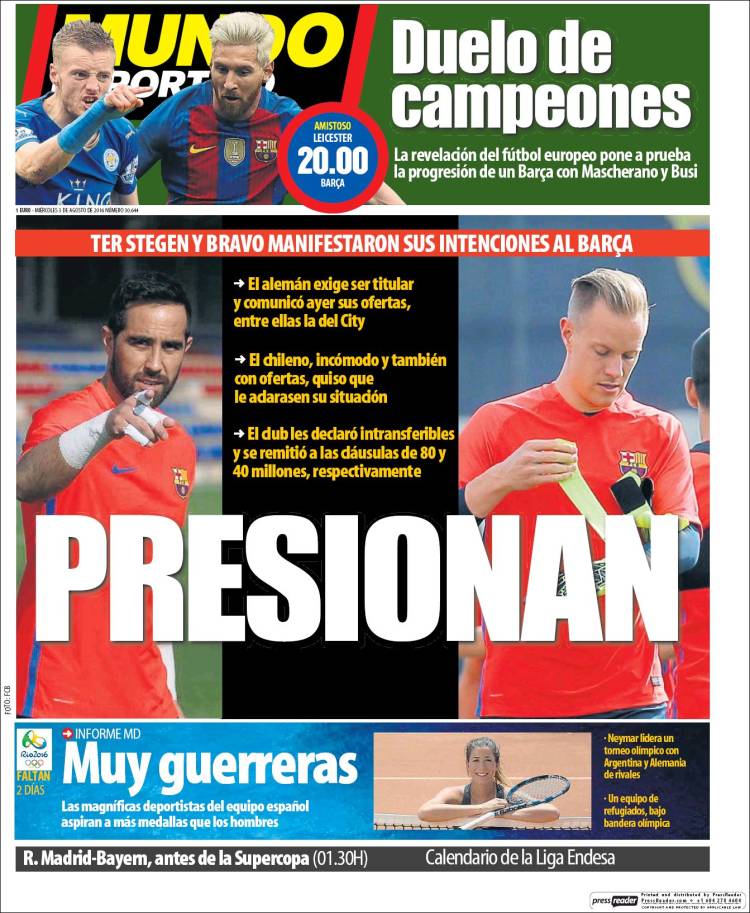 Ter Stegen and Bravo expressed their intentions to Barca

The Chilean, uncomfortable and also with offers, wanted their situation addressed

The club declares them non-transferable and refers to their clauses, €80m and €40m respectively