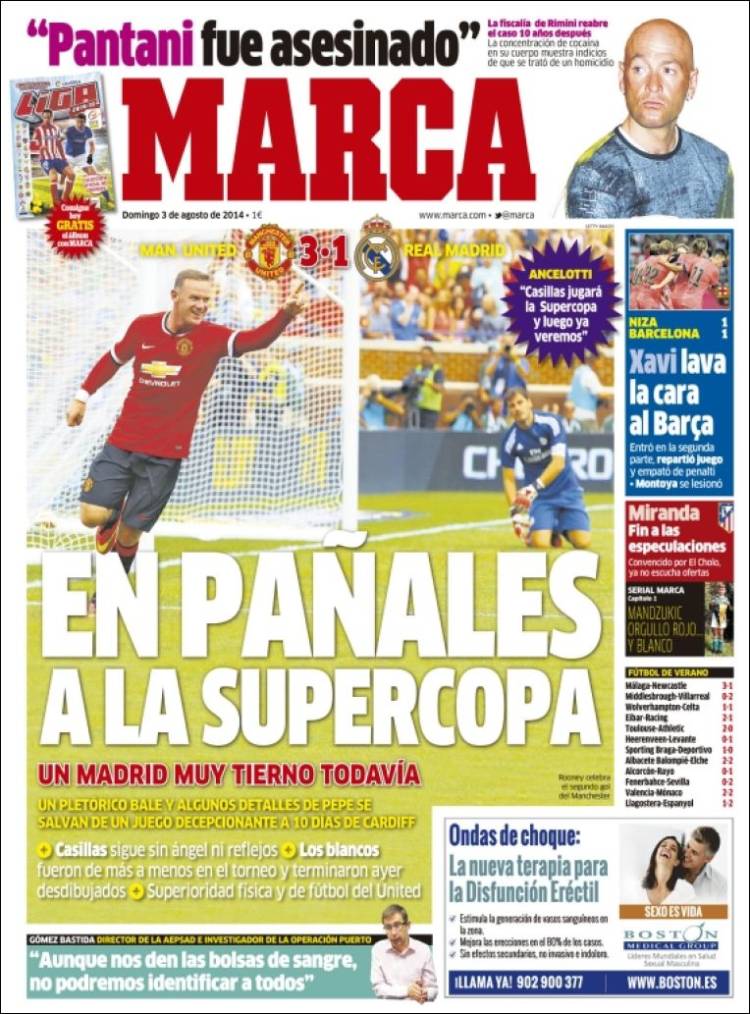 Still in its infancy to the Super Cup

Casillas continues his poor form and lacks his reflexes

He came on in the second half and changed the game, earning an equaliser from the spot

Miranda: The end of the speculations 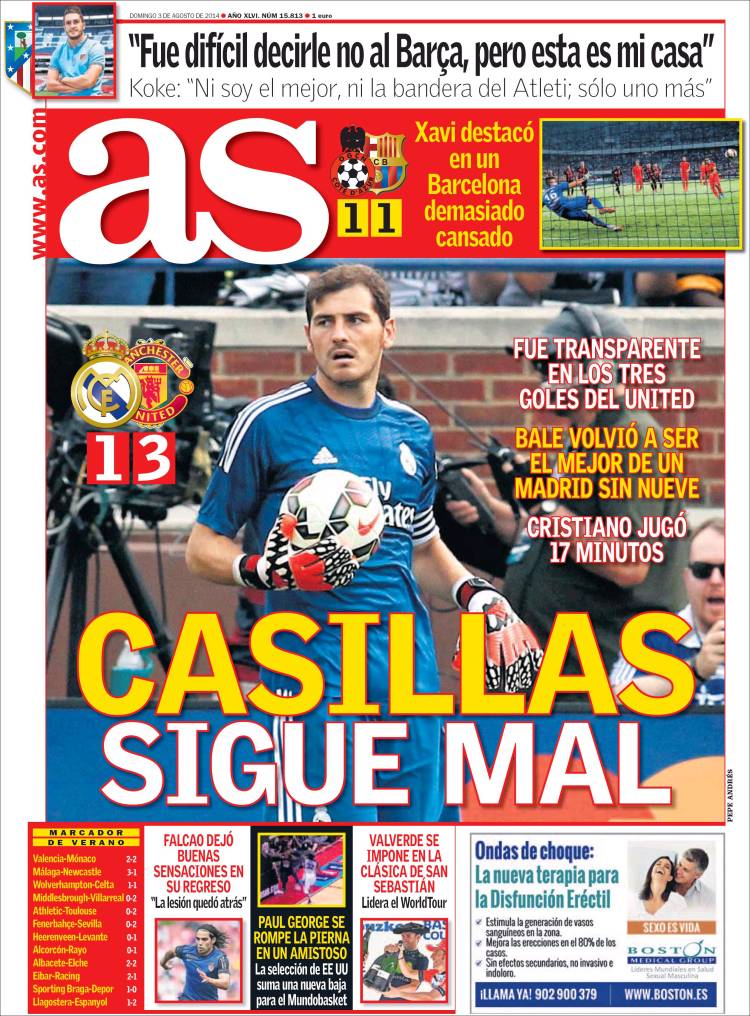 He was transparent for all three of United's goals

"It was difficult to say no to Barca, but, I am at home," Koke

"I am not the best here, nor the leader, just another one more"

"The injury is behind me," Falcao

Paul George breaks his leg in a friendly 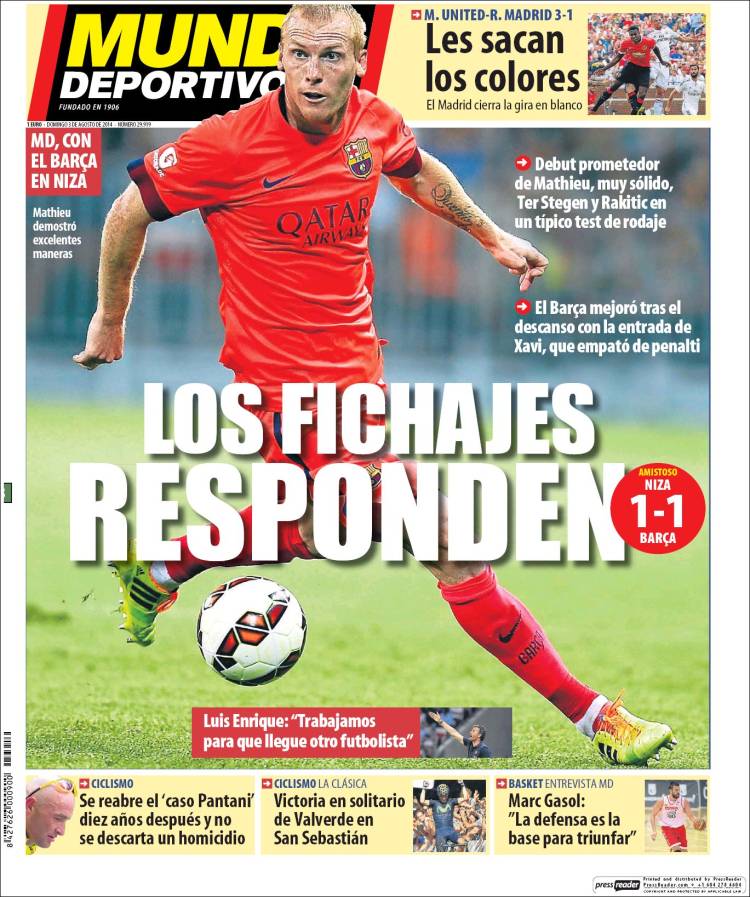 Madrid have their colour taken away

Madrid end their tour a faded side

Luis Enrique: "We are working for another footballer to arrive"

Cycling: The Pantani case reopens 10 years later and homicide is not discarded

Marc Gasol: "The defense is the basis of which to triumph"