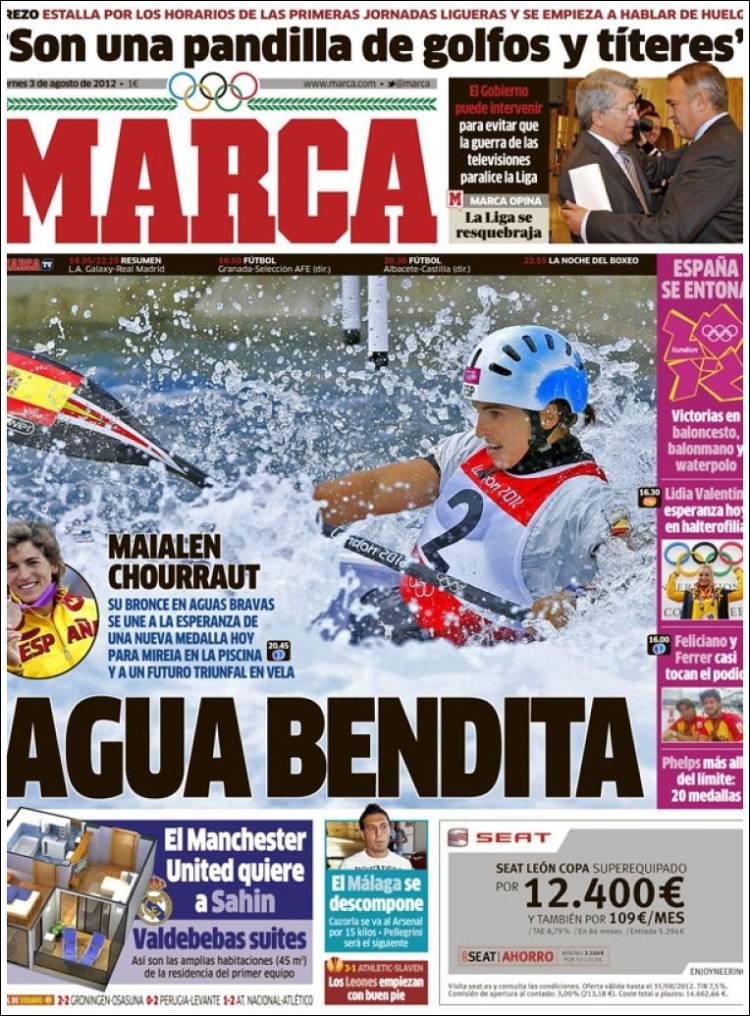 "They are thieves and puppets"

Valdebebas Suites: the rooms of residence (45 square metres) for the first team

Malaga dismantled: Cazorla goes to Arsenal for €15m and Pellegrini will be next 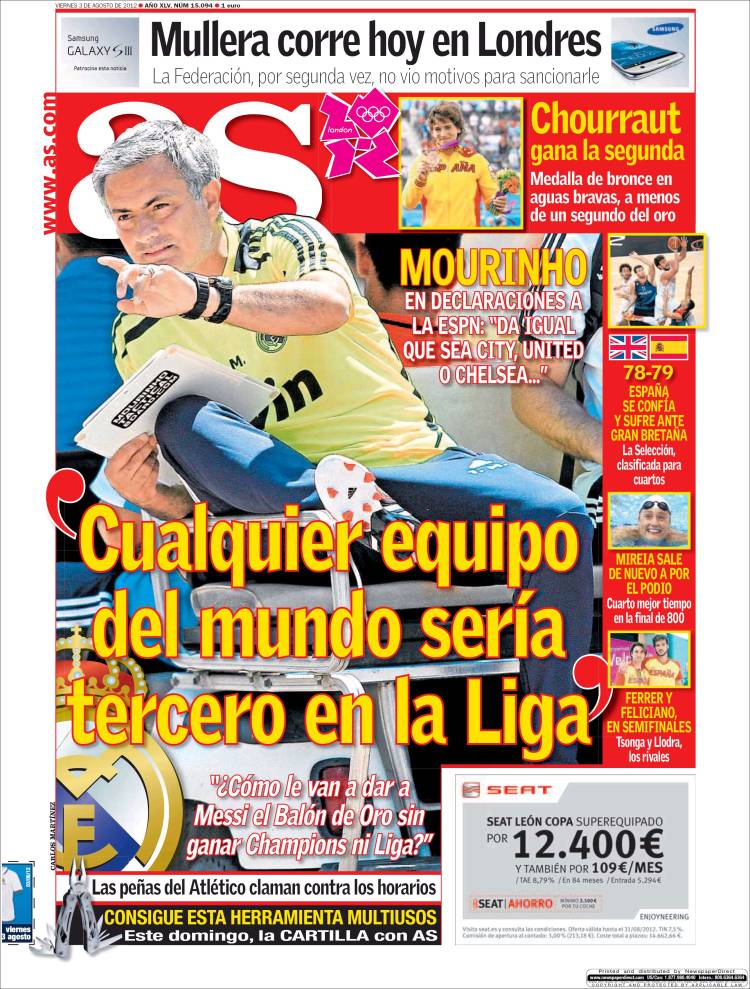 "Even if it was City, United or Chelsea"

"How are they going to give the Ballon d'Or to Messi without him winning the Champions League or La Liga?" 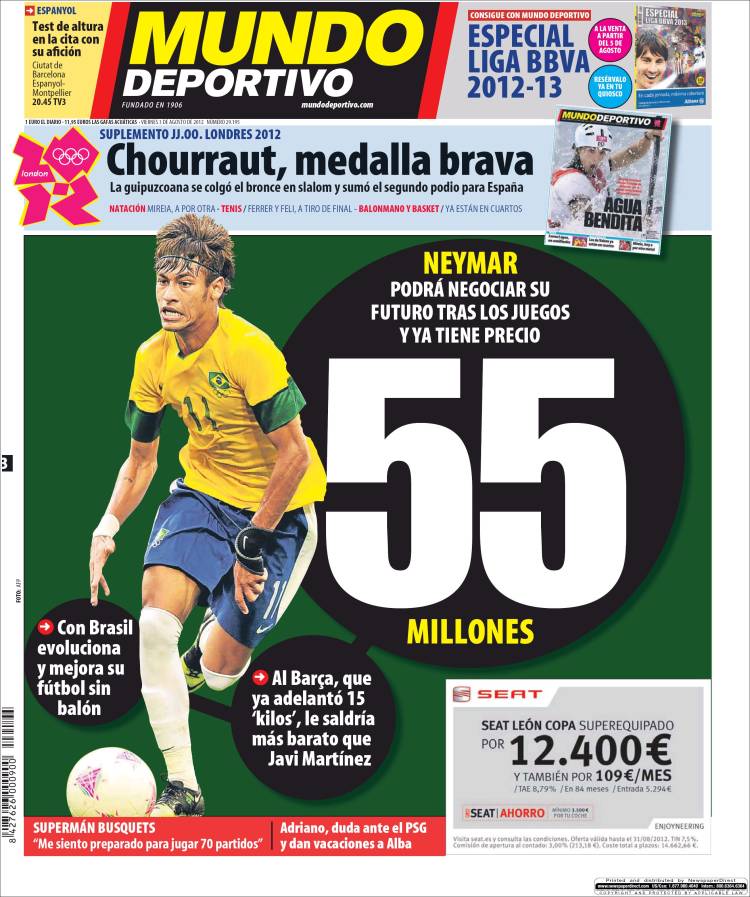 €55m: Neymar will be able to negotiate his future after the Games and now has a price

To Barca, who have put down €15m, he would come cheaper than Javi Martinez

Adriano a doubt against PSG and Alba given time off

Espanyol-Montpellier: big test in front of their own supporters