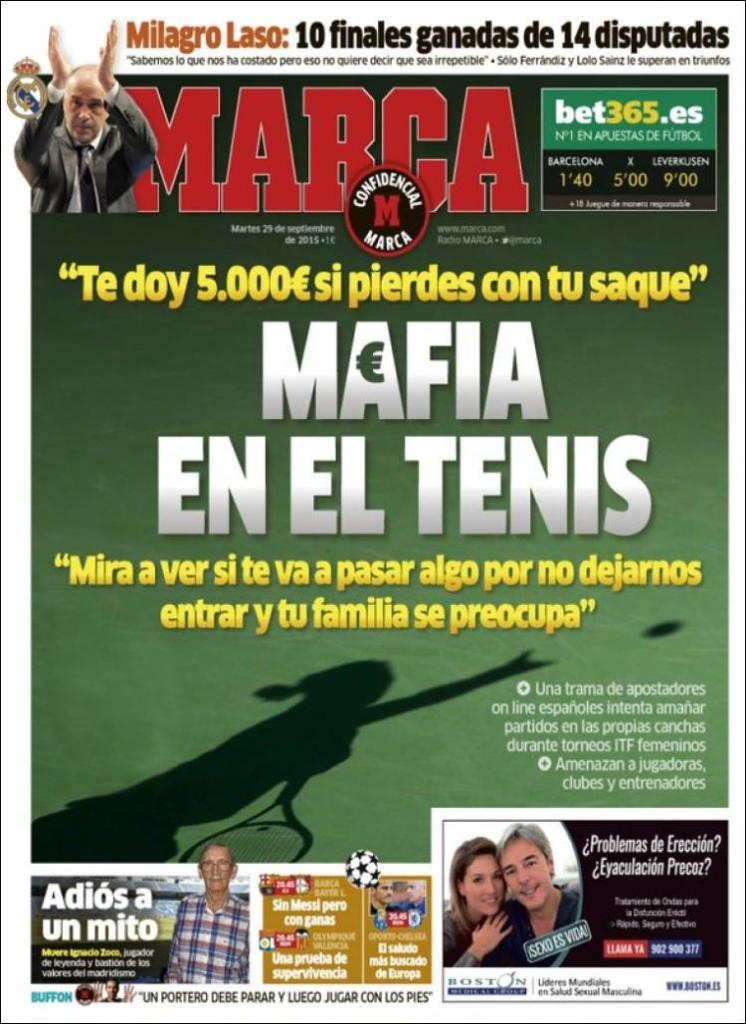 Goodbye to a myth

Ignacio Zoco passes away, legendary player and bastion of the values of Madrid

Without Messi but with desire

A test of survival

The most-watched greeting in Europe

Buffon: “A goalkeeper has to make saves and play with his feet” 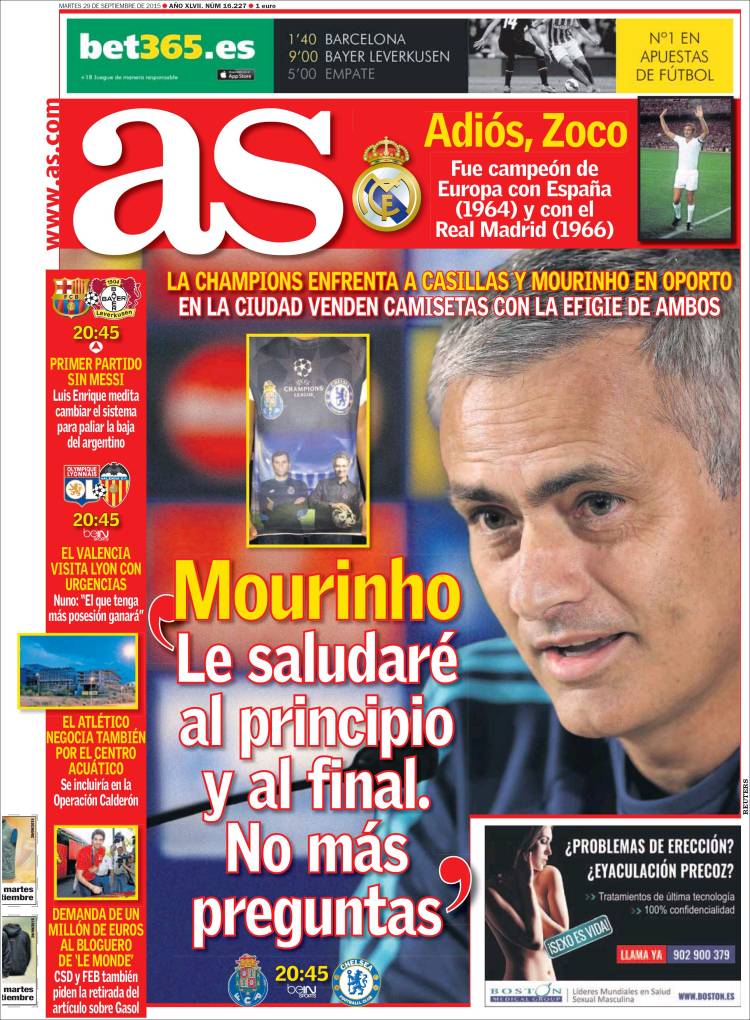 Mourinho and Casillas face in the Champions League in Porto

‘I’ll greet him at the start and at the end. No more questions’

Valencia visit Lyon in an emergency

Nuno: “Who has the most possession will win”

Atletico negotiating for the aquatic centre

It will be included in ‘Operation Calderon’ 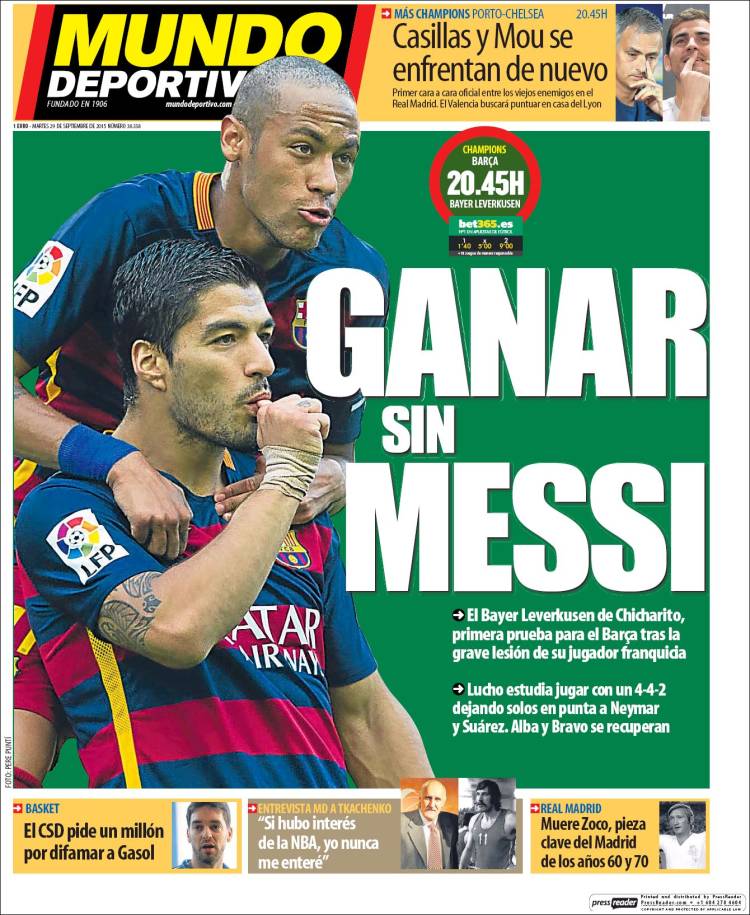 The Bayer Leverkusen of Chicharito, the first test for Barca after the serious injury of the franchise player

Casillas and Mou face each other again

Valencia looking to score at the home of Lyon