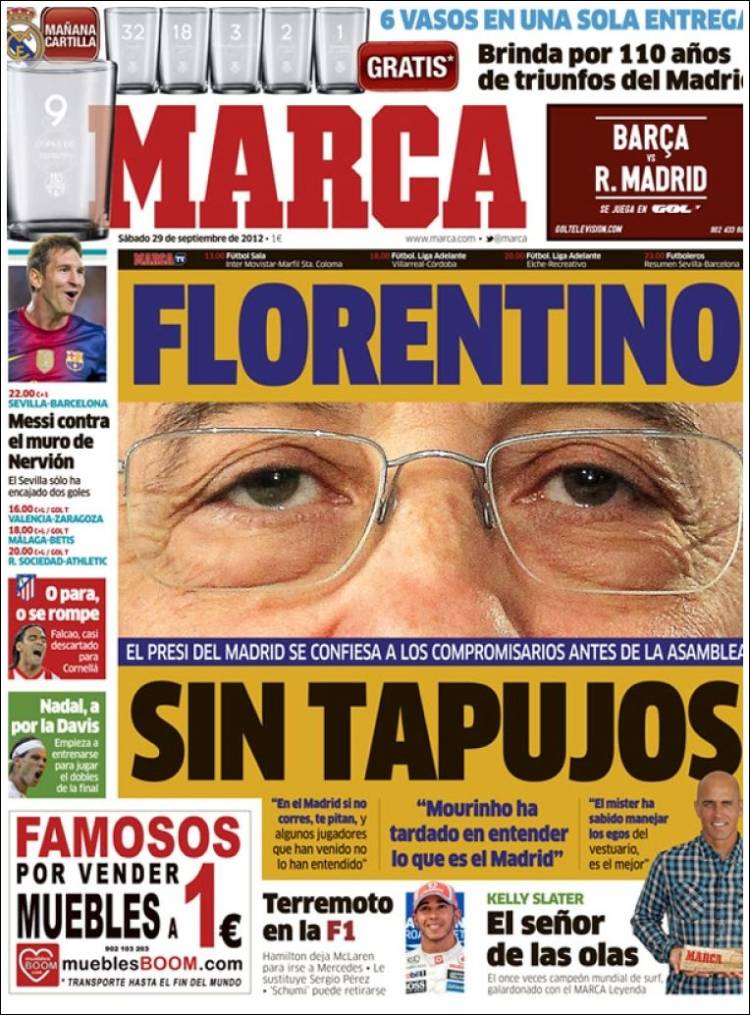 Florentino's openness: the Madrid President confesses to the delegates before the general assembly

"Mourinho took some time to understand what Madrid was about"

Messi against the Nervion wall: Sevilla have only conceded two goals

To stop or break down? Falcao is almost ruled out for Cornella 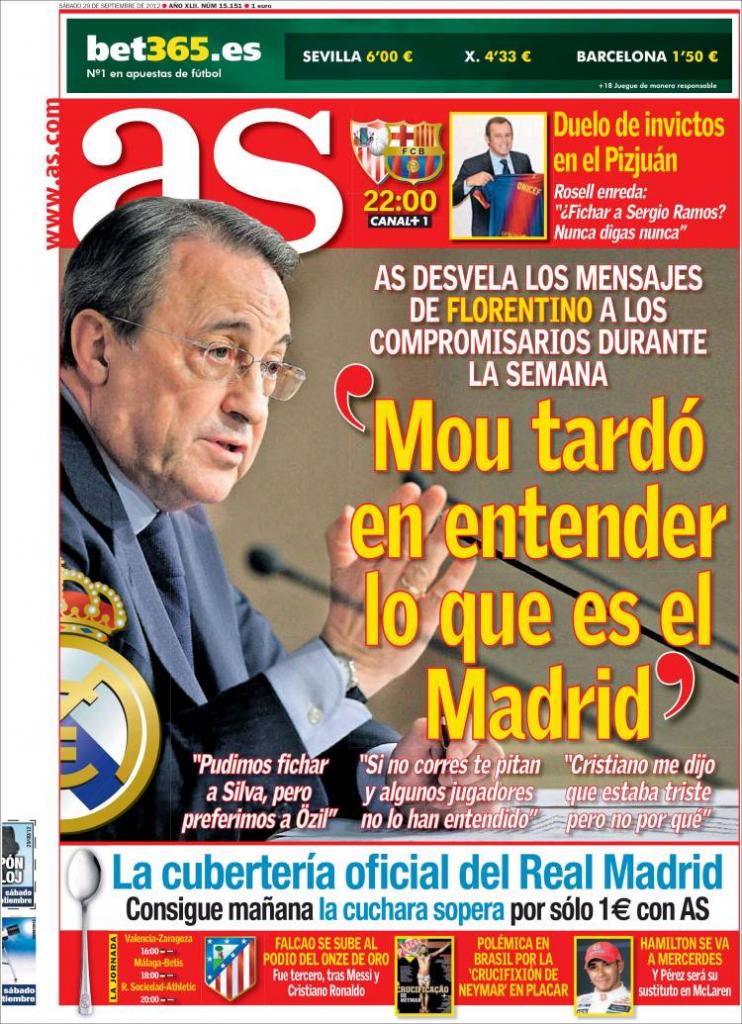 "Mou took some time to understand what Madrid was about"

AS reveals Florentino's messages to delegates during the week

"We could have signed Silva but preferred Ozil"

"Cristiano told me he was sad but not why"

Duel of the unbeaten sides in the Sanchez Pizjuan

Falcao on the Onze d' Or stage: he was third after Messi and Cristiano Ronaldo

Controversy in Brazil over the 'crucifixion of Neymar' on a plaque 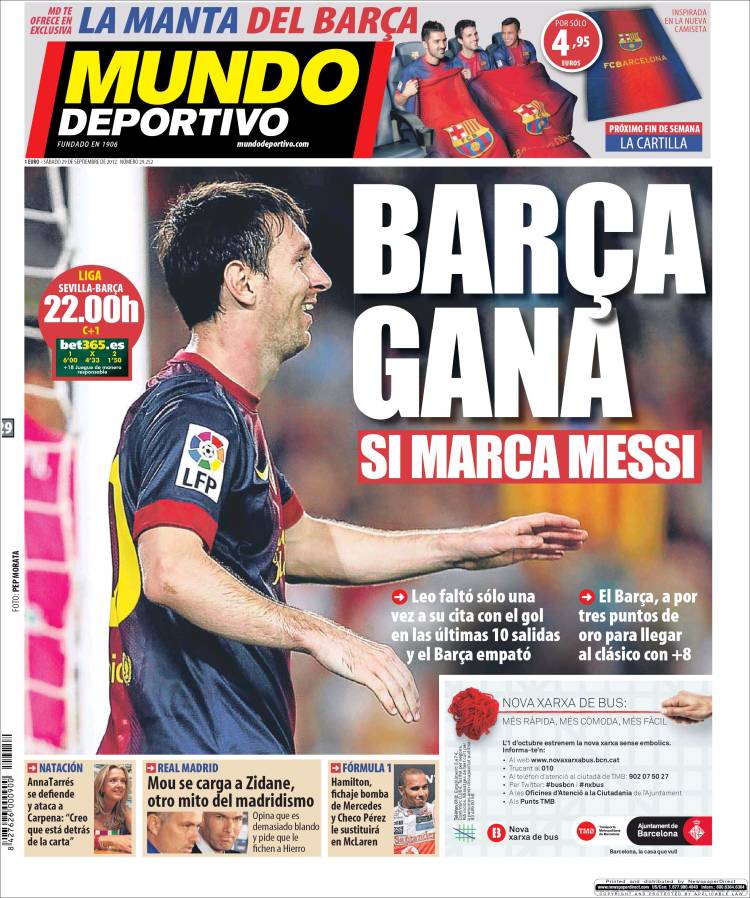 Mourinho takes on Zidane, another Madrid legend: he thinks he is too soft and asks for Hierro