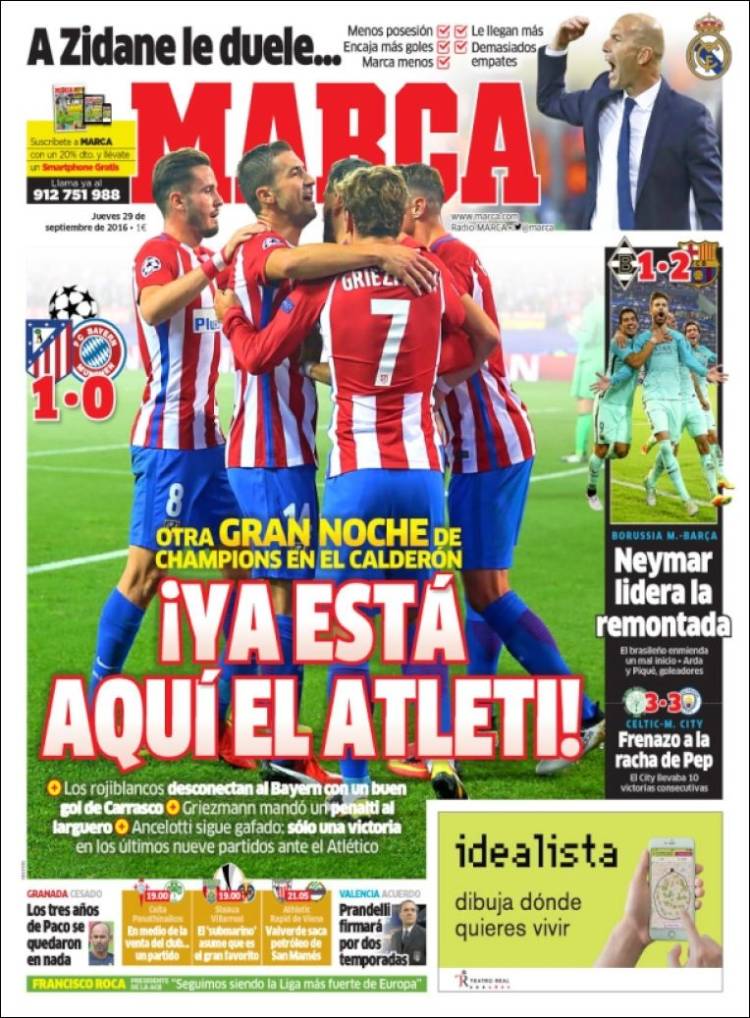 Another great night of Champions League football in the Calderon

What pains Zidane....Less possession, Conceding more goals, Scoring less, Allowing teams to turn it around, Too many draws

Neymar leads the comeback - the Brazilian amends the bad incident, Arda and Pique the scorers

Three years of Paco came to nothing 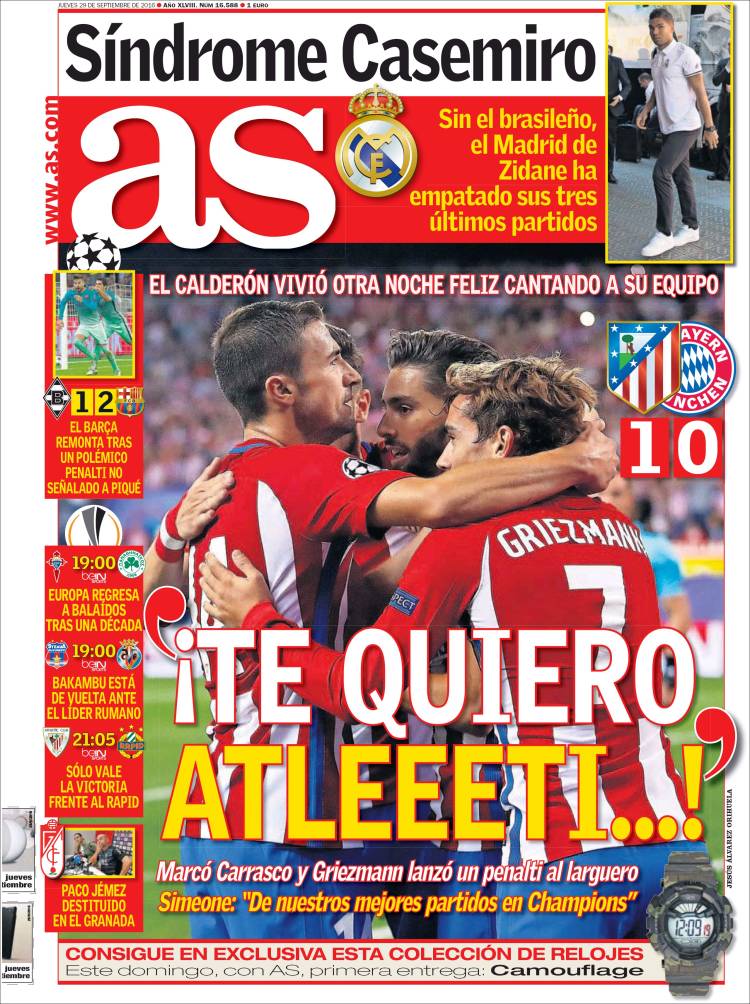 I want you Atleti!

Carrasco scores and Griezmann hits the crossbar with penalty, Simeone: 'One of our best European games'

The Calederon lives another night of happiness for their side

Casemiro syndrome - without him, Real Madrid have drawn three games

Europe returns to Balaidos after a decade, Bakambu returns against the Romanian league leaders, only victory will do against Rapid, Granada sack Paco 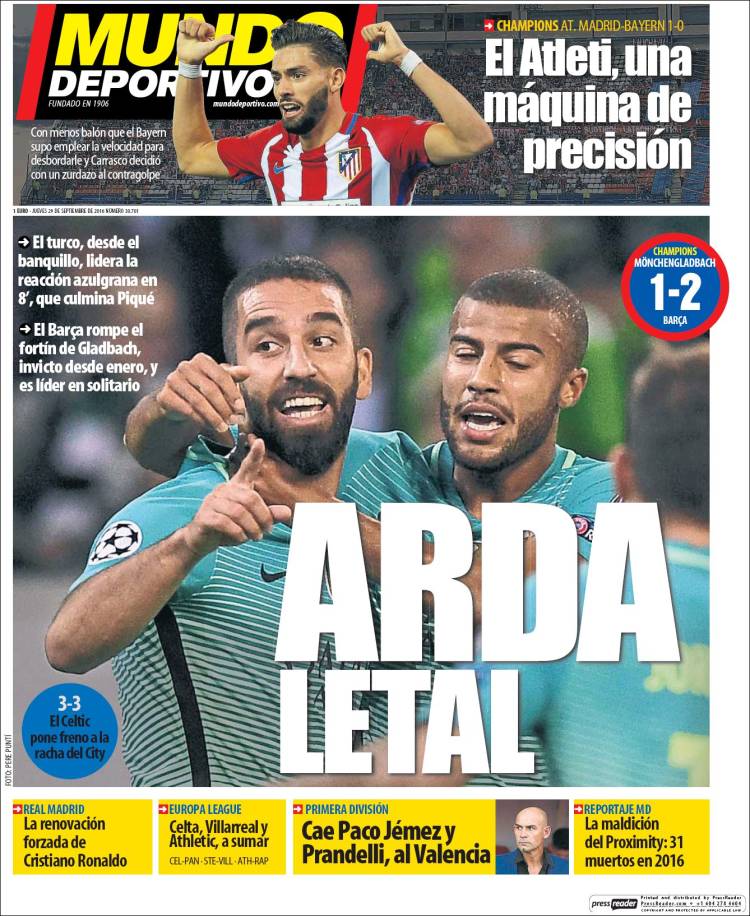 The Turk scores from the bench within 8 minutes, then Pique scores

The forced contract extension for Ronaldo, Celta, Villarreal, Atletico all play tonight, The end of Paco while Prandelli to Valencia