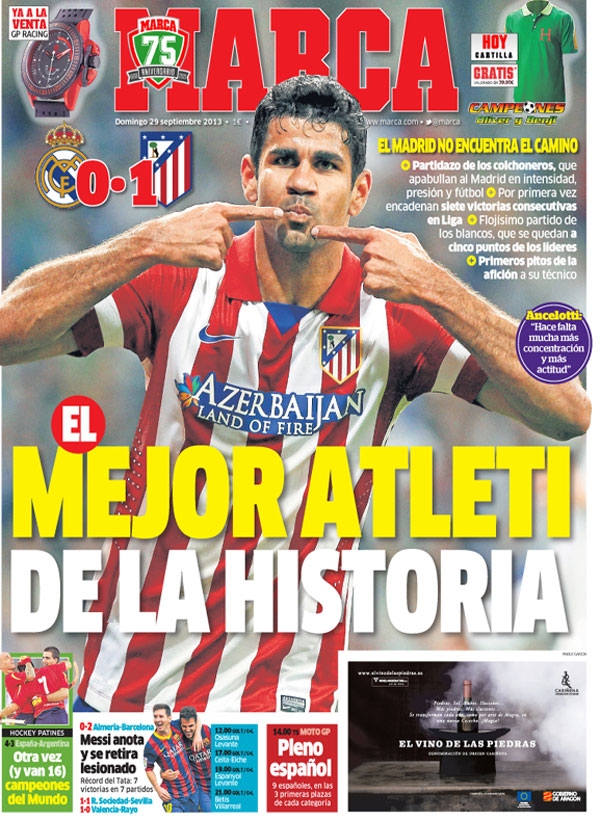 The best Atleti in history
Madrid have not yet found their stride
A great game from Los Colchoneros, that outdid Madrid with intensity, pressure and football
For the first time they have won seven off their first seven La Liga games
A weak display from Los Blancos who now lag five points off the pace
The first jeers for Ancelotti from the fans
Ancelotti: "We lacked any concentration and even less attitude"
Messi scores but goes off injured
Moto GP: Replete with Spaniards 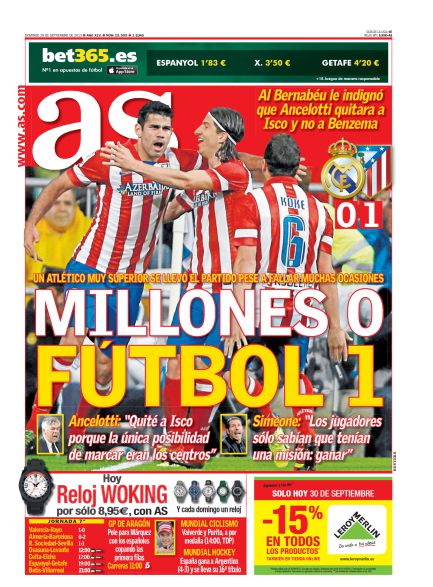 Millions 0, Football 1
Atletico superior and took the game even though they missed lots of chances
The Bernabeu was angered that Ancelotti took off Isco instead of Benzema
Ancelotti: "I took off Isco because the only possibility to score lied with the strikers"
Simeone: "The players knew they had a mission: to win"
Aragon GP: Pole for Marquez with Spanish riders filling up the top places

Cycling: Valverde and Puritis going for a medal 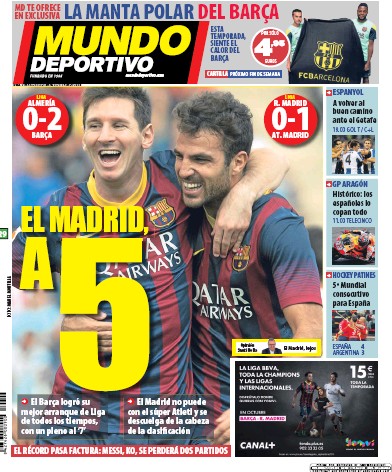 5 clear of Madrid
Barca achieved their best start ever to a La Liga season with their sevent straight win
Madrid could not overcome Atleti who let themselves down
Messi breaks the record but gets injured, he will miss two games
Espanyol back on track after Getafe
GP Aragon: History is made as Spaniards complete the top places