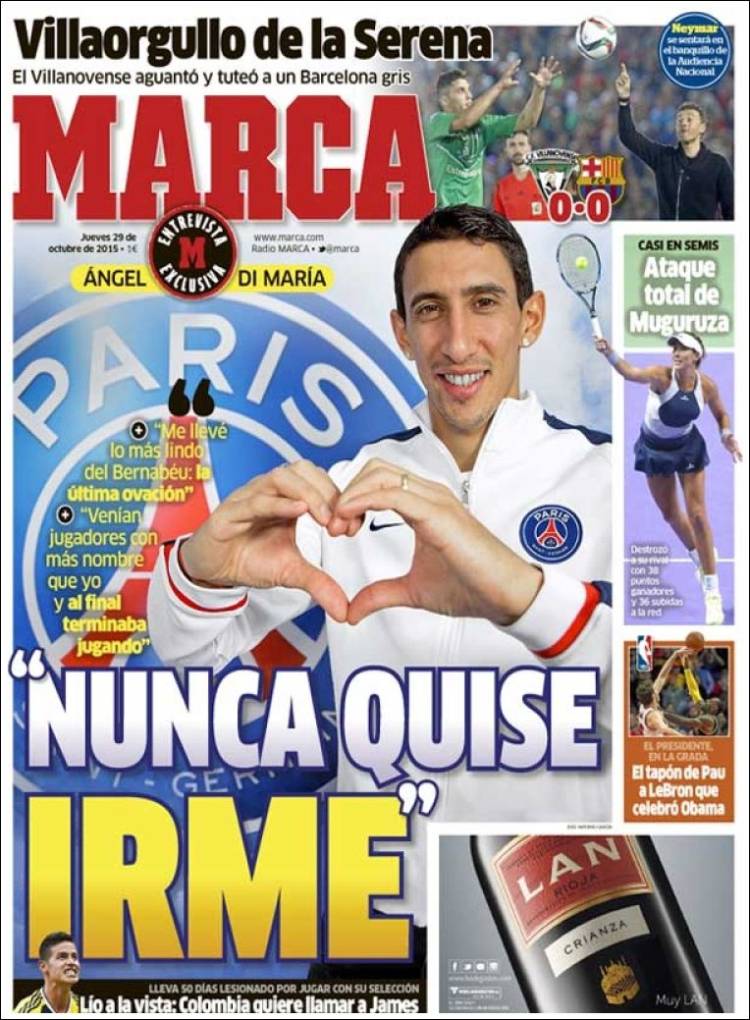 “I never wanted to leave”

“I took most beautiful from the Bernabeu: the last ovation”

“Players with bigger names were coming and ended up playing”

50 days since he was injured playing for the national team 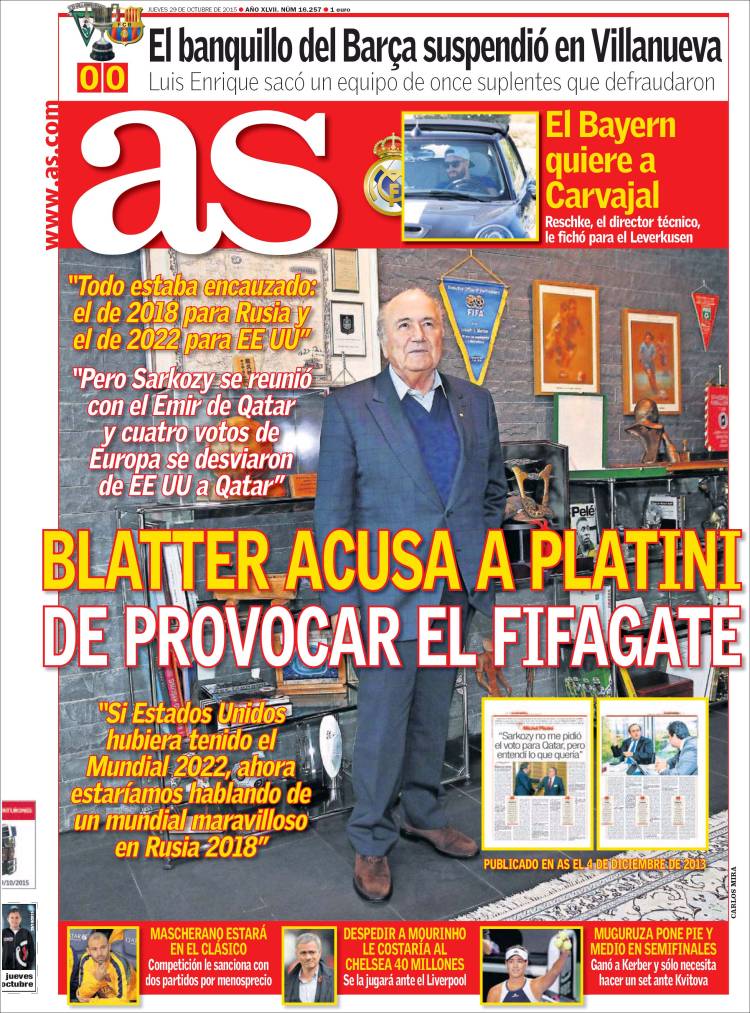 “If the United States had the 2022 World Cup, now we’d be talking about a marvellous World Cup in Russia 2018”

The Barca bench suspended in Villanueva

Luis Enrique named a team of 11 substitutes who defrauded

Reschke, the technical director, signed him for Leverkusen

The Competition Committee sanctions him two games for disrespect

They play against Liverpool 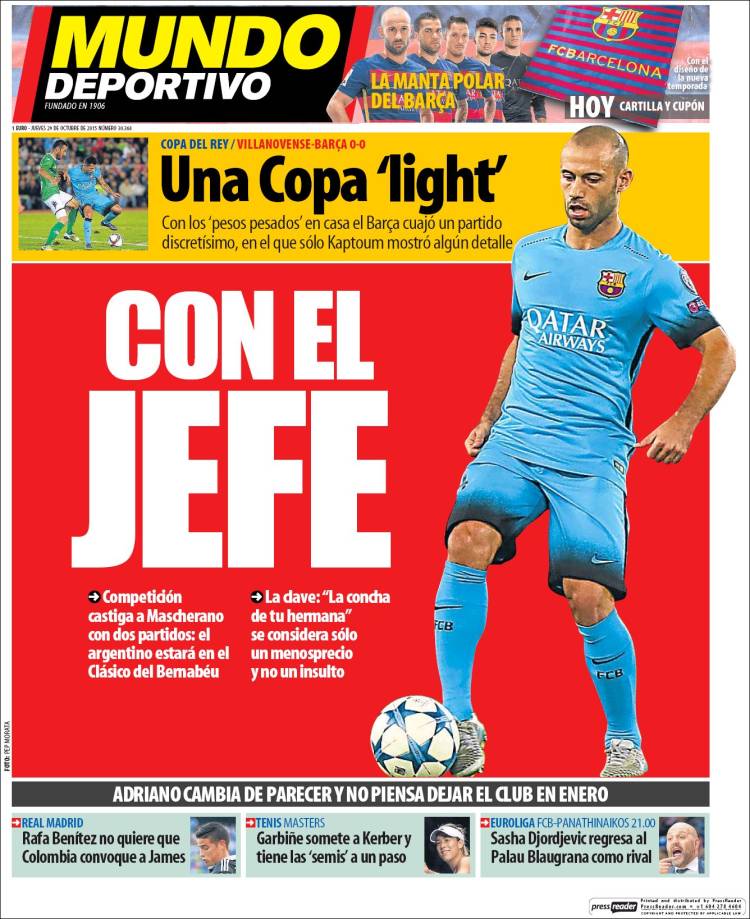 Competition Committee punishes Mascherano with two games: the Argentine will be in the Clasico at the Bernabeu

The key: “Your sister’s c****” is considered only disrespect and not an insult

With the ‘heavyweights’ at home Barca had a very quiet game, in which only Kaptoum showed any detail