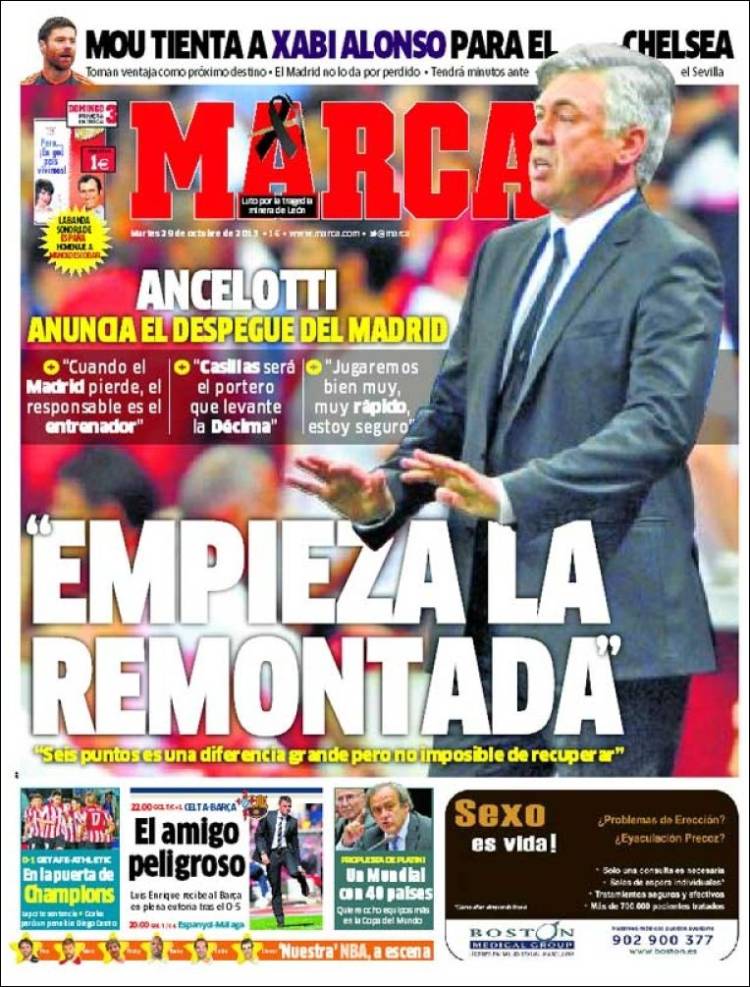 2. "Casillas will be the goalkeeper who raises up 'La Decima'"

Madrid still want to keep him

He will play at some point against Sevilla

A World Cup of 40 countries 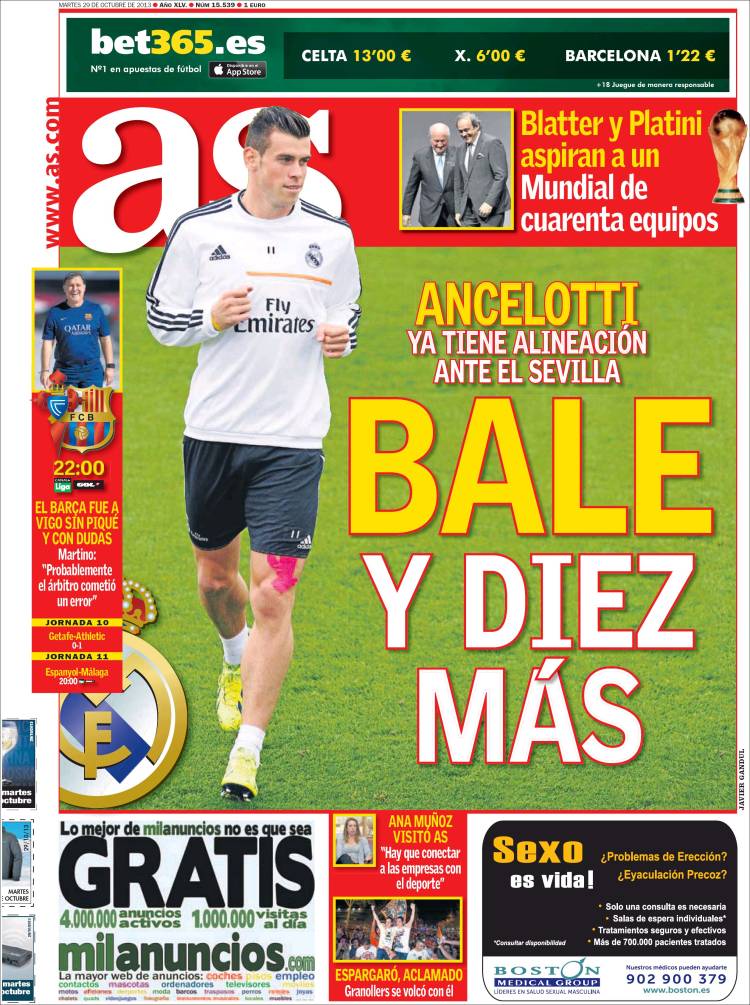 Ancelotti has already decided his team for Sevilla

Blatter and Platini aspire to a world cup of 40 teams

Barca have travelled to Vigo without Pique and with doubts

Martino: "The referee probably made an error"

Ana Munoz visits AS: "Business must work alongside sport" 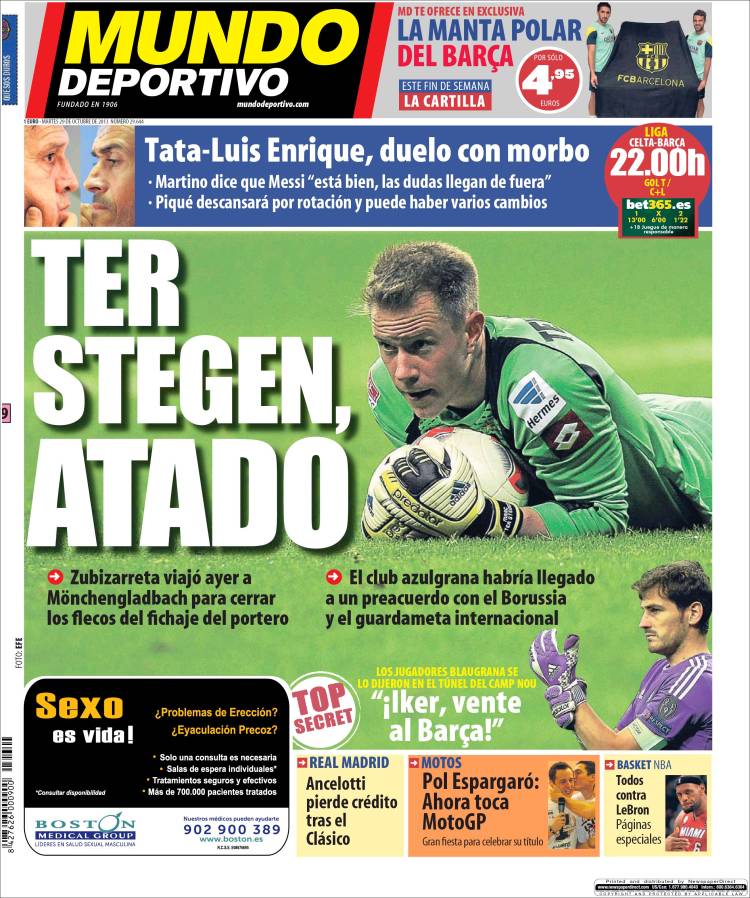 Ter Stegen, a deal has been made

The Azulgranas supposedly have a pre-contractual agreement wih the goalkeeper

Martino says that Messi "is well, there are no longer doubts"

Pique will be rested and there could be various other changes

Barca players apparently said in the tunnel after the Real Madrid game, "Iker come to Barca"

Basketball: Everyone against LeBron