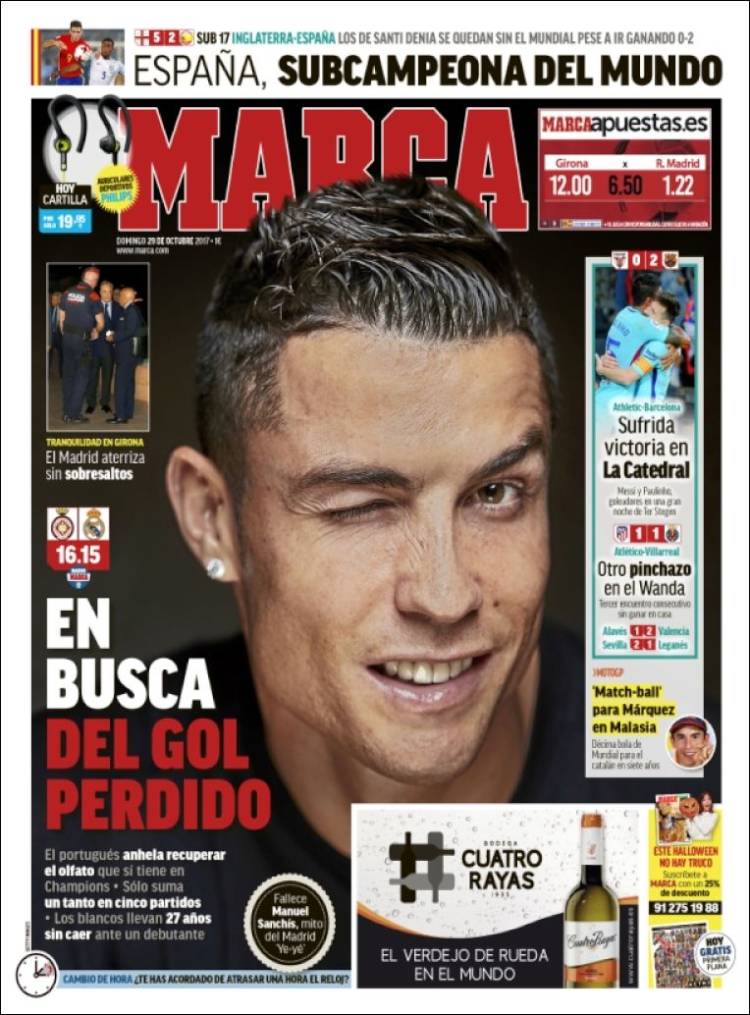 He has only scored once in five League games

Los Blancos have gone 27 years without losing to a debutant

Spain, runner-up of the world

Suffering victory at the Cathedral

Another blow at Wanda 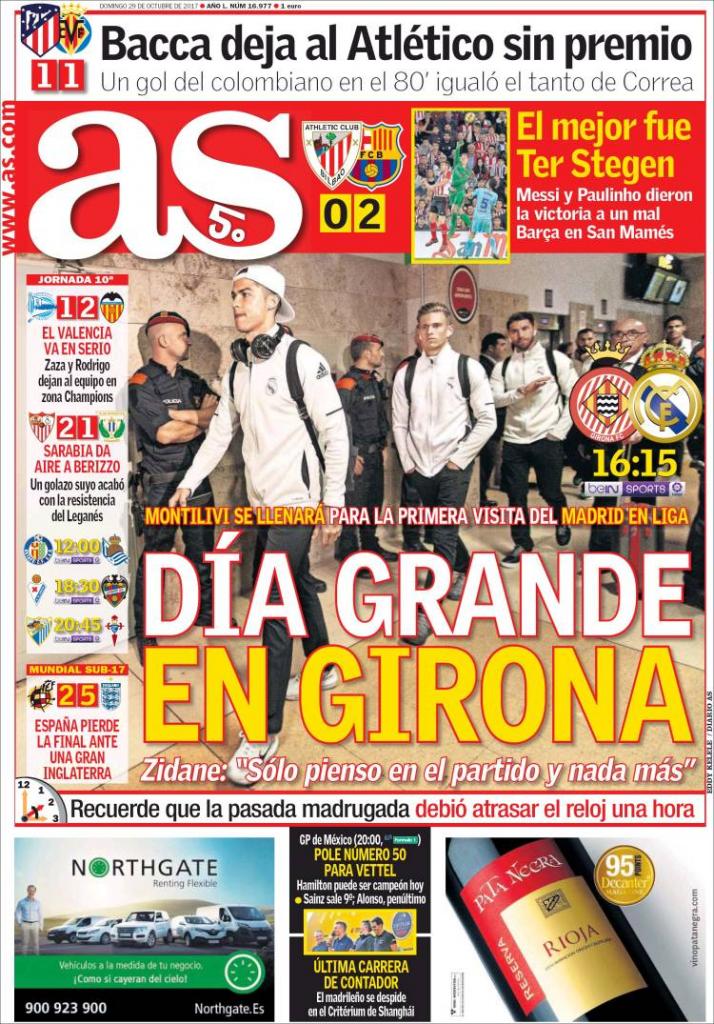 Zidane: “I’m only thinking about the game and nothing else”

The best player was Ter Stegen

Spain U17 lose their Final to a great England side 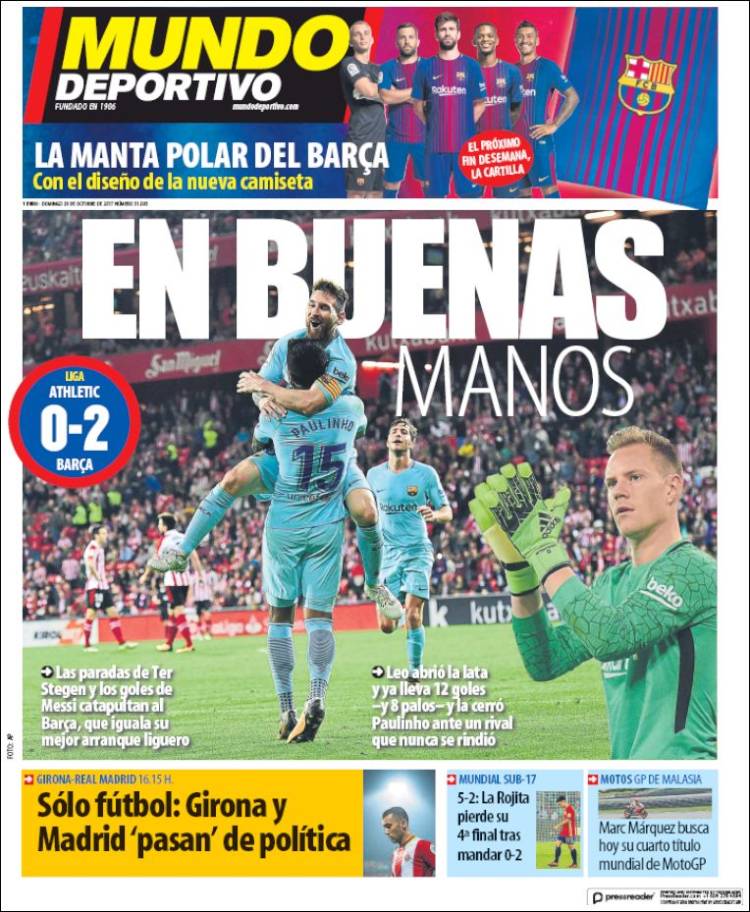 Only football: Girona and Madrid move on from politics

5-2: La Rojita lose their fourth Final after going 2-0 up