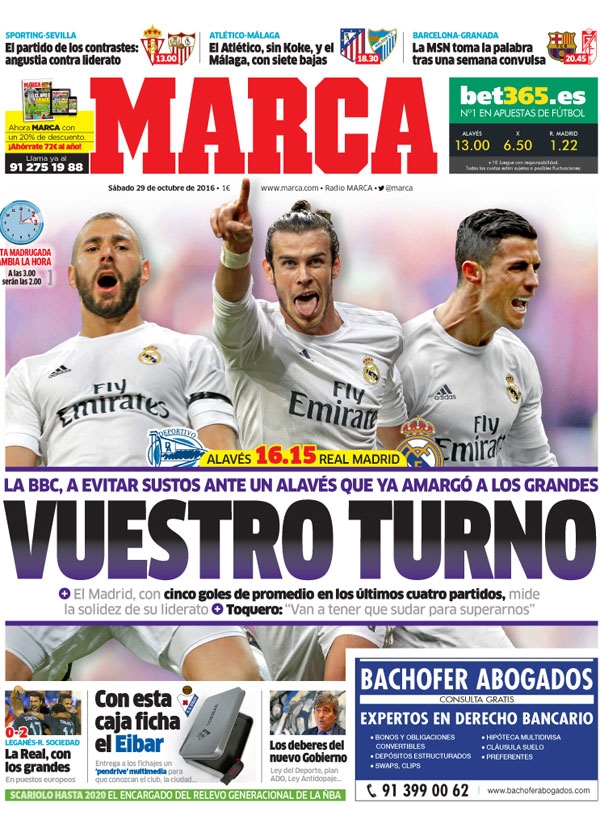 Madrid, with an average of five goals in their last four games, test the strength of their pace-setting

Toquero: “They’ll have to sweat to surpass us”

The game of contrasts: anguish against table-topping

Atletico, without Koke, and Malaga, with seven out

MSN take to the floor after a turbulent week

In the European places 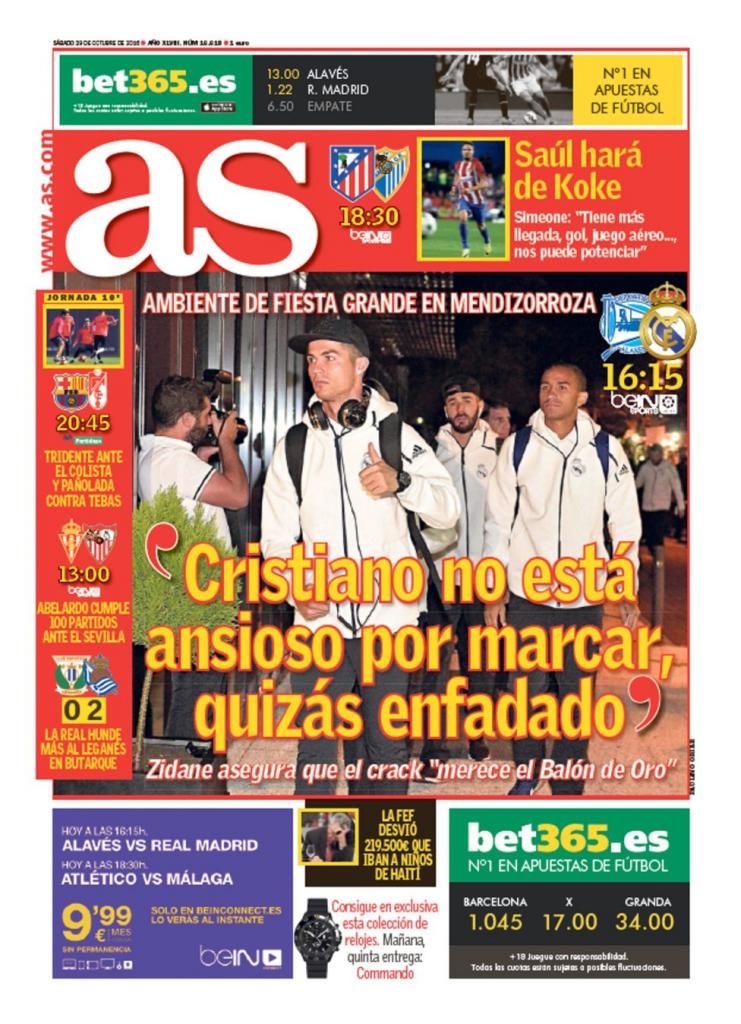 Simeone: “He does more running, scores more goals and has a better aerial game ... he can empower us”

Trident against bottom club and protest against Tebas 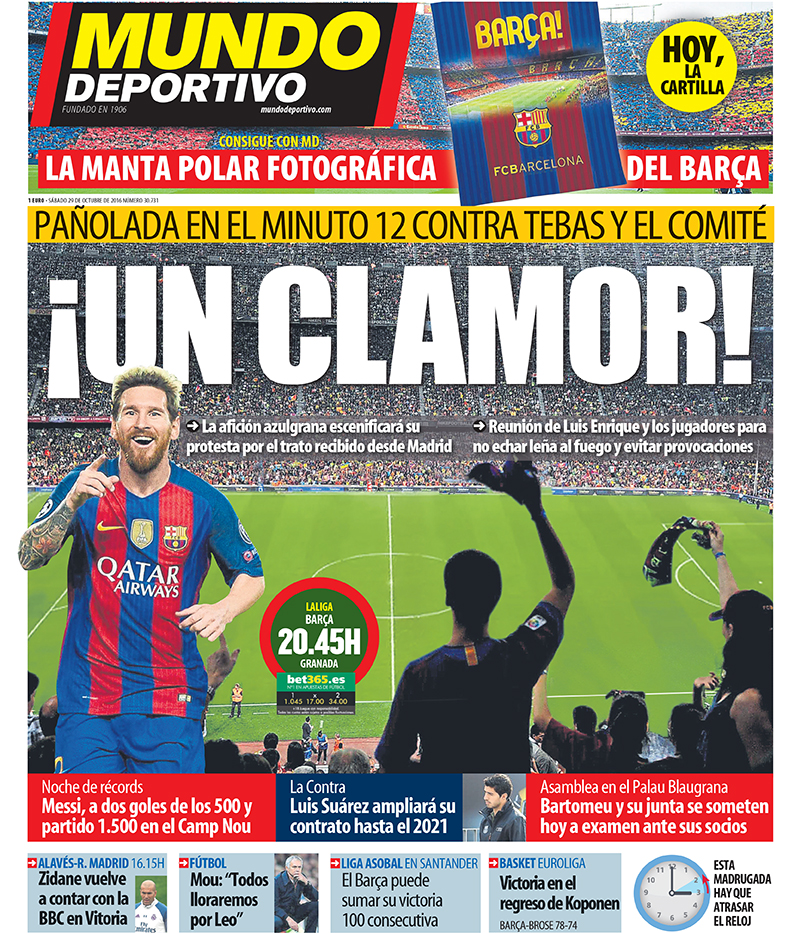 Protest 12 minutes into the game against Tebas and the committee

Luis Suarez will extend his contract until 2021

Assembly at the Palau Blaugrana

Bartomeu and his board subject themselves to examination by their members

Zidane returns to count on BBC in Vitoria

Mou: “Everyone will weep for Leo”