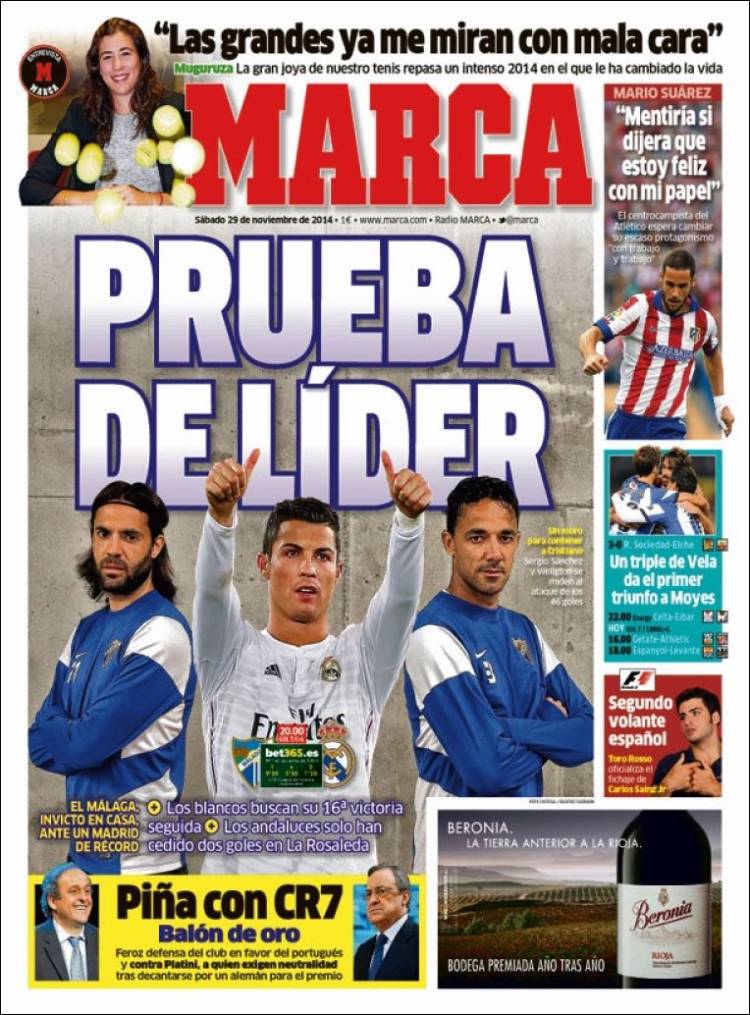 A pairing to contain Cristiano

Malaga unbeaten at home against a record-chasing Madrid

The Andalusians have only conceded two goals at La Rosaleda

Mario Suarez: “I’d be lying if I said I was happy with my situation”

A triple from Vela gives Moyes a first victory

Feroz defends the club in favour of the Portuguese and against Platini, whom he demands to be neutral after choosing a German for the award 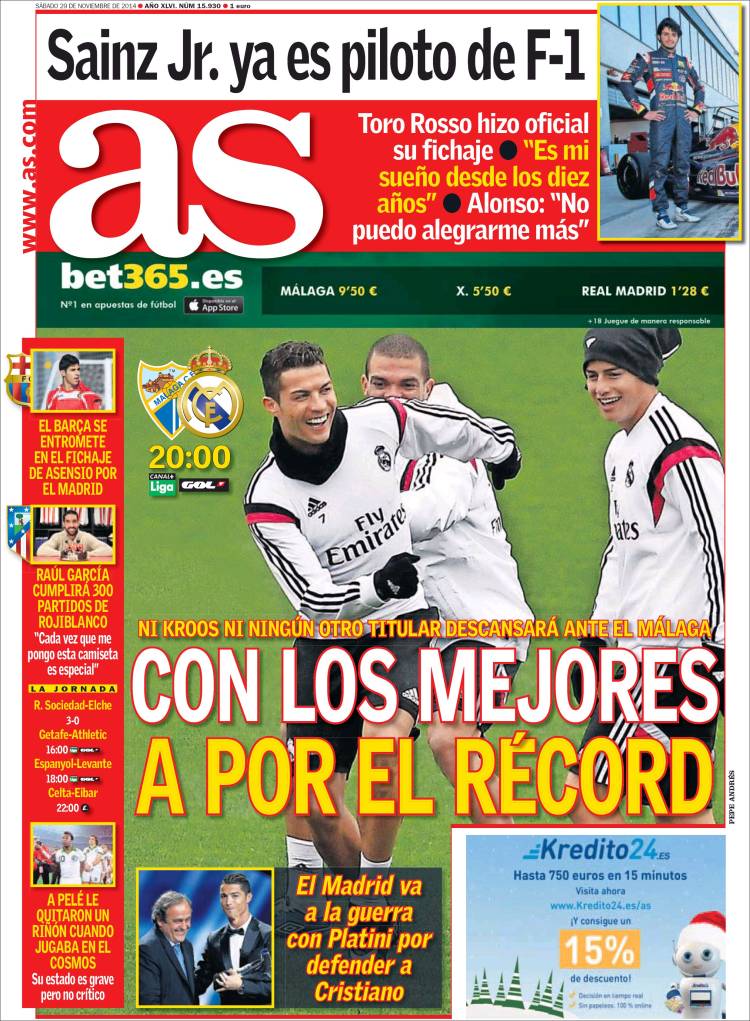 Going for the record with the best

Madrid go to war with Platini to defend Cristiano

Raul Garcia will complete 300 matches as a Rojiblanco

“Every time I put on this shirt it’s special”

His condition is serious but not critical 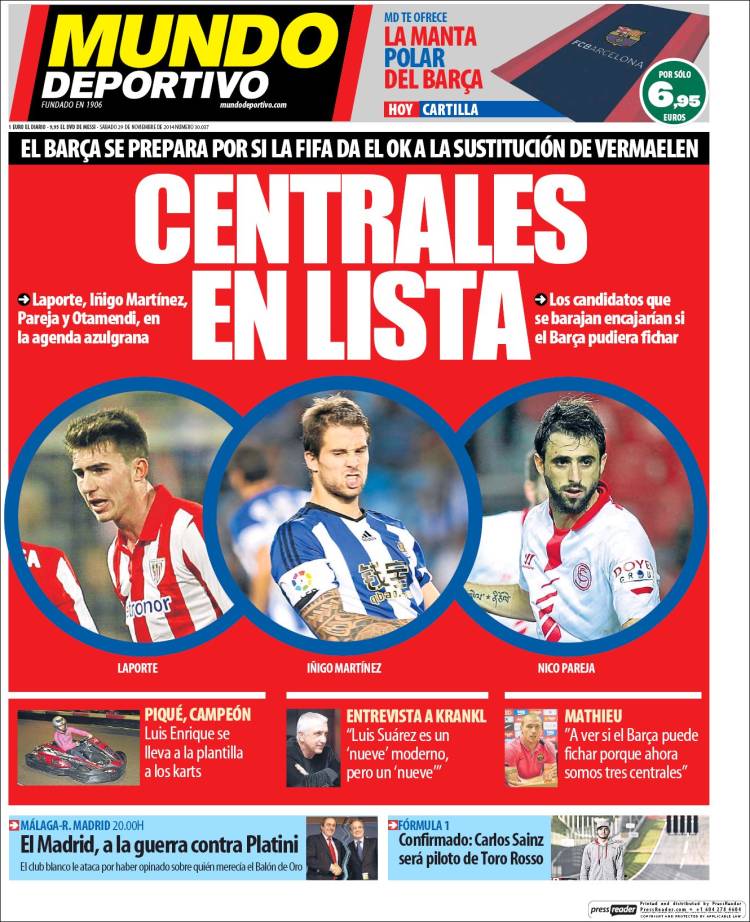 Laporte, Inigo Martinez, Pareja and Otamendi on the Blaugrana agenda

Mathieu: “Let’s see if Barca can sign anyone because now we are down to three central defenders”

Madrid at war with Platini