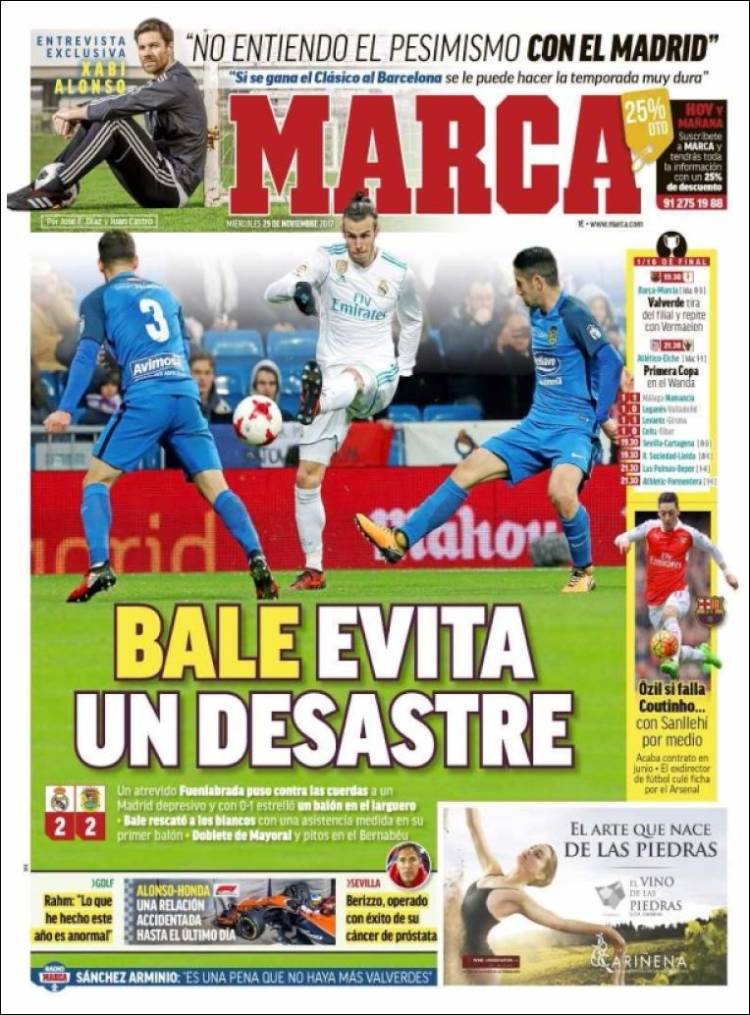 Daring Fuenlabrada cause big scare, went 1-0 up, Bale rescued Madrid with assist with first ball, double from Mayoral, whistles from the Bernabeu 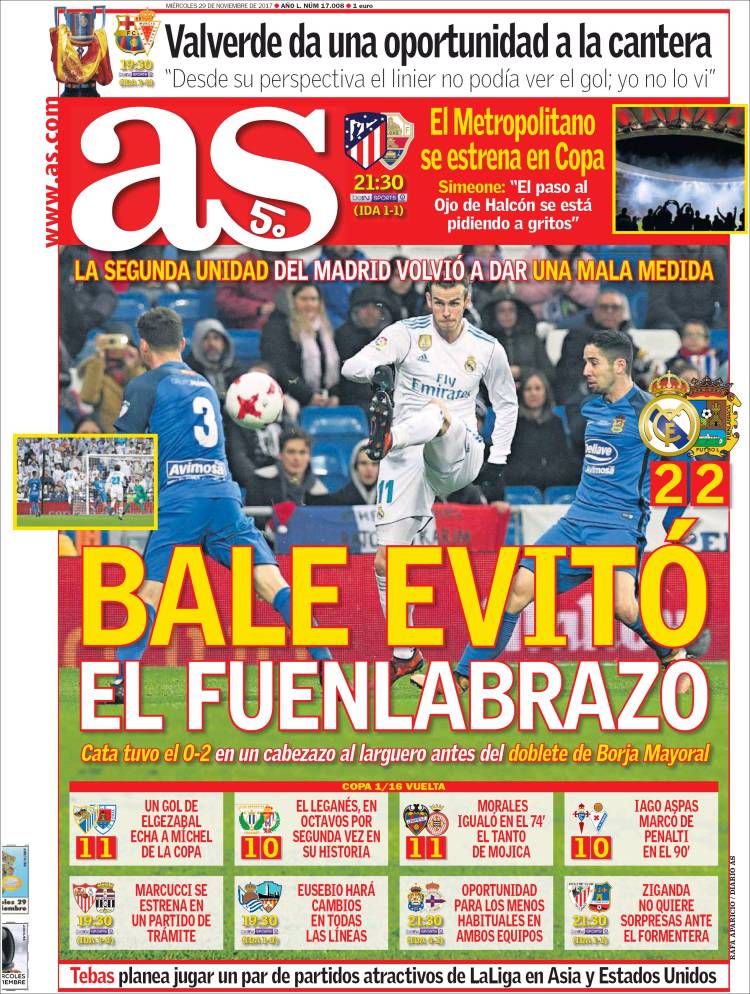 Had chances to make it 0-2 before Borja Mayoral double

The second team of Madrid puts in a bad performance

Valverde to give an opportunity to youth - "From his perspective, the linesman could not give the goal, I could not see it"

Metropolitano starts in the Copa - Simeone: "The passage to Hawk Eye is screaming"

Tebas plans attractive La Liga matches for Asia and the US 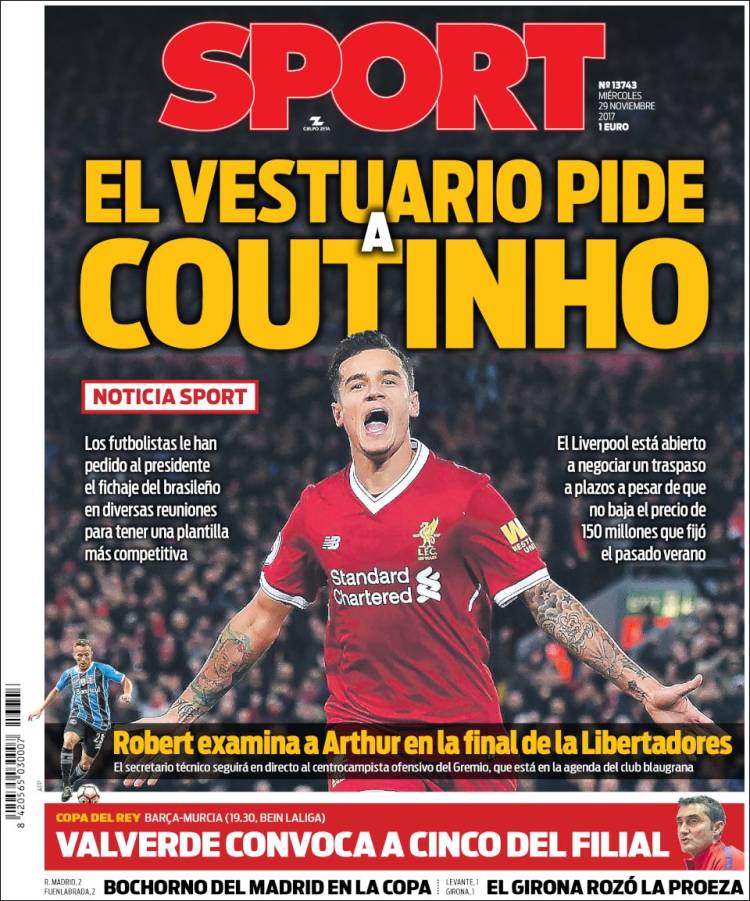 The dressing room calls for Coutinho