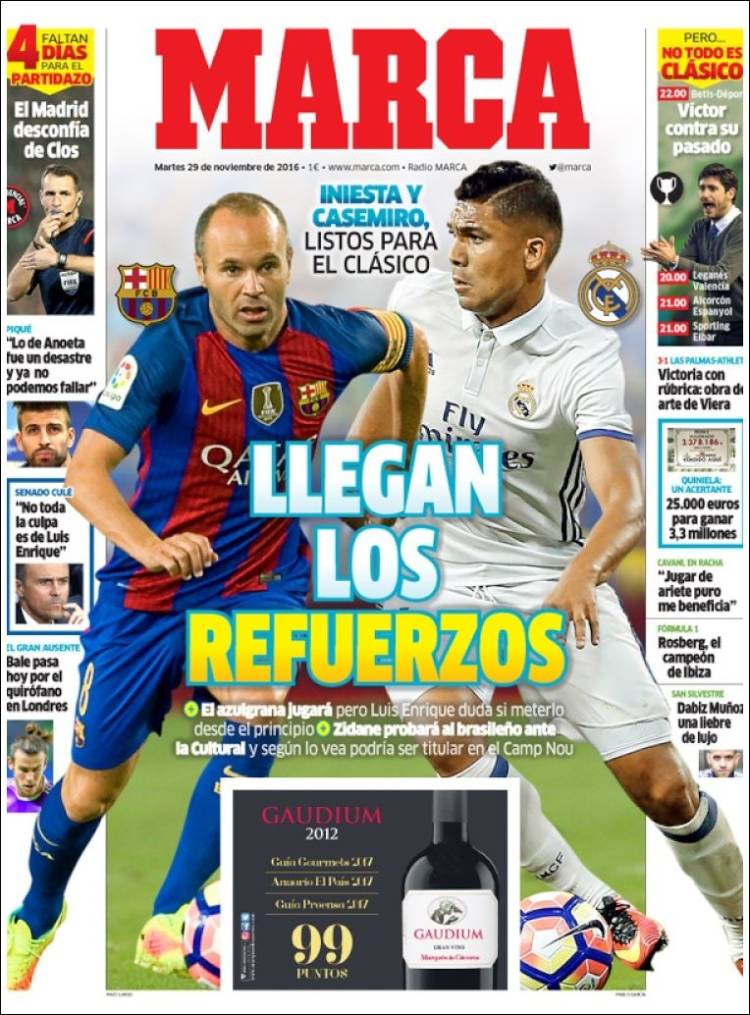 Iniesta will play but Enrique doubts if he will be able to last the full match, Zidane to test the Brazilian v Cultural in the Copa and he should be ready for Saturday's El Clasico

Pique: The Anoeta was a disaster and we have to stop failing

Senior Cule - It is not all the fault of Luis Enrique 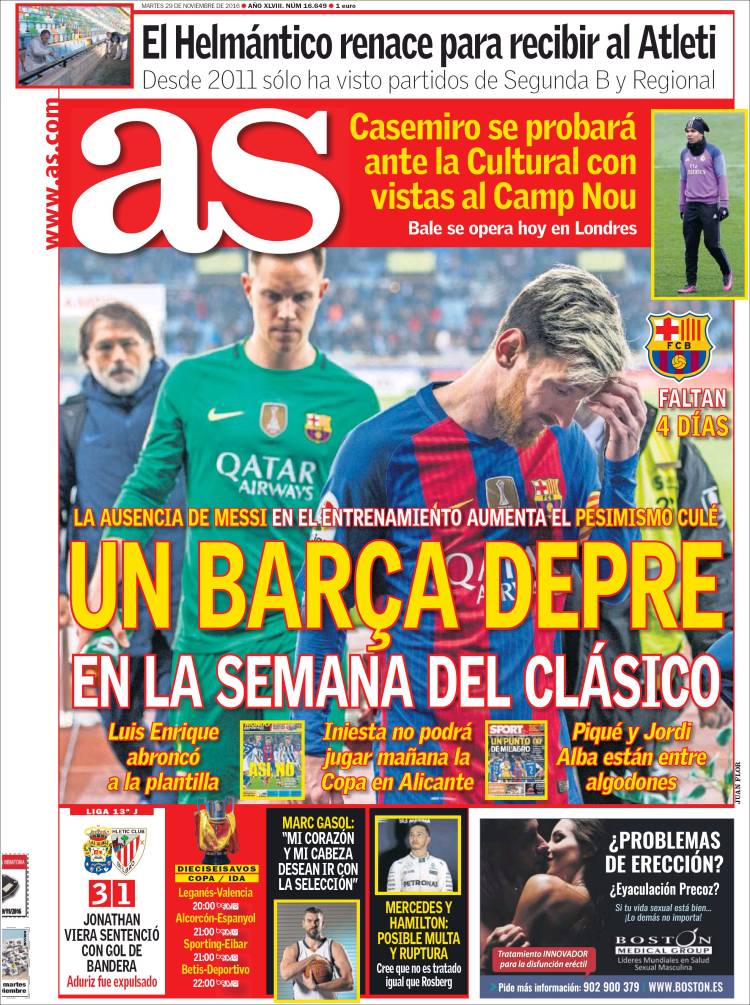 The absence of Messi in training augmented the pessimism of Barca

Luis Enrique ashamed of the team, Iniesta will not be able to face Alicante in the CDR, Alba and Pique wrapped in cotton wool

Casemiro to be tested against Cultural in CDR ahead of El Clasico, Bale to be operated on in London today 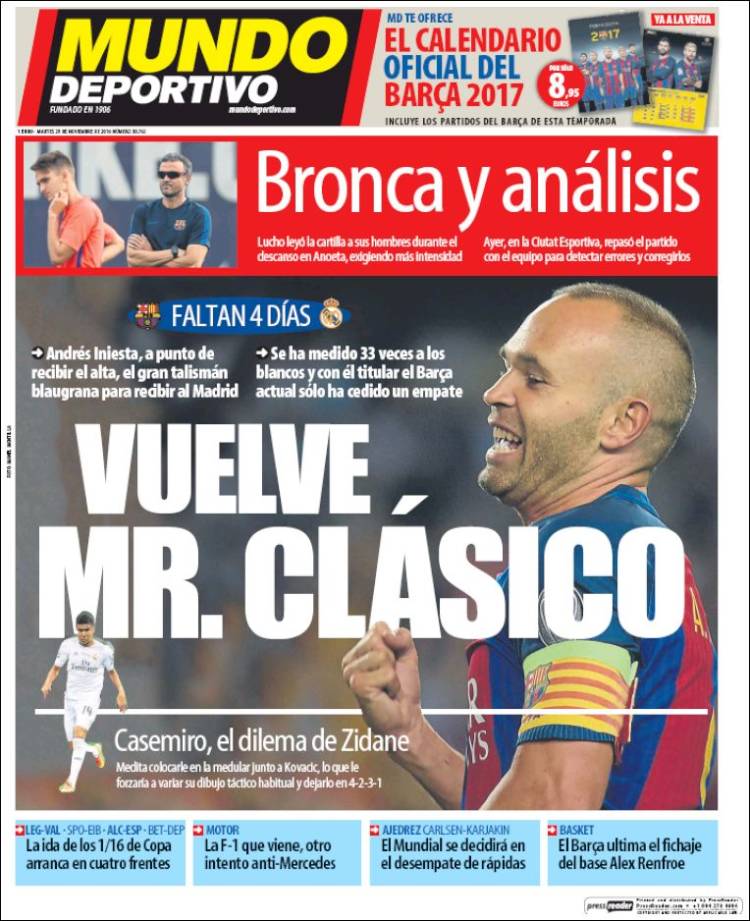 He has faced RM 33 times in his career

Reprimand and analysis - Enrique blasted his team during half-time team talk in intense scene, went over all the errors in Anoeta with him team yesterday in training