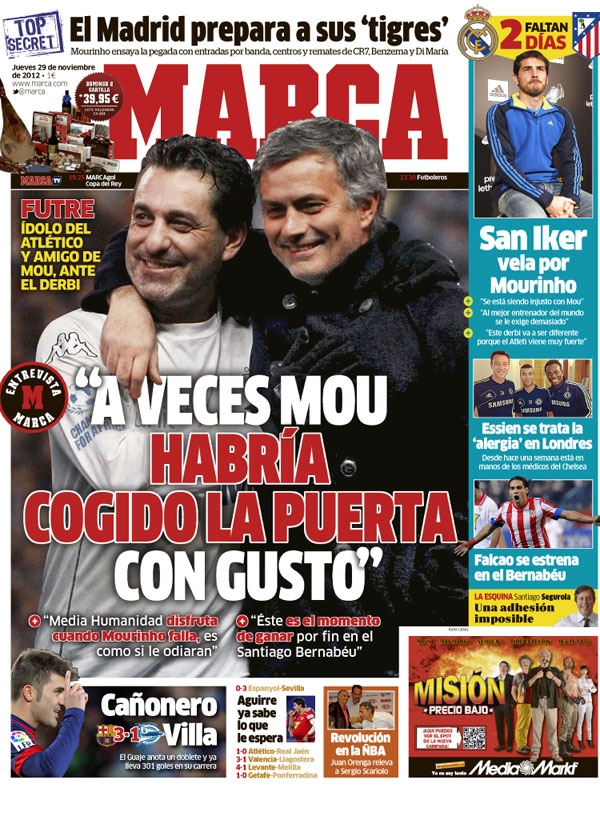 Futre: Atletico idol and friend of Mou before the derbi

At times Mou will have headed for the door happily

This is the moment to win finally at the Santiago Bernabeu

Madrid prepare for the ‘tigers’

Mourinho rehearses at training with CR7, Benzema and Di Maria up front

“They are being unfair with Mou”

Essien treating his allergy in London

The left with Santiago Segurola: An impossible combination

The Gun, David Villa: He notches a double and already has 301 goals in his career

Aguirre already knows that they expect

Revolution in the NBA: Juan Orgena to replace Sergio Scariolo 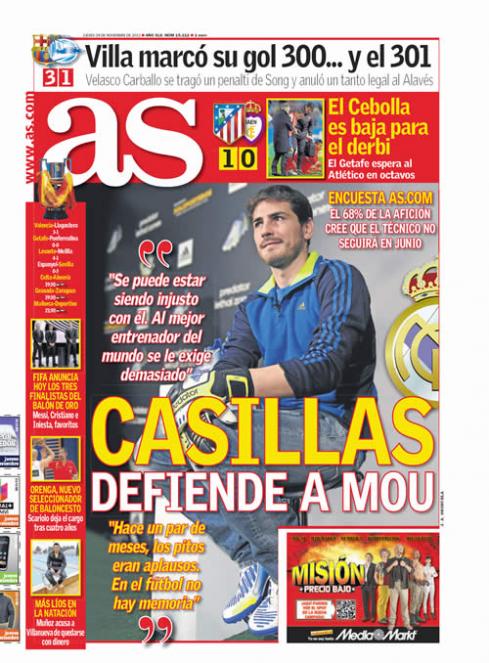 “A couple of months ago the whistles were applauses. Football has a short term memory”

“They are being unfair on him. Too much is expected of the best coach in the world”

Survey: 68 per cent of Real Madrid fans do not think Mourinho will be coach after June

Cristian Rodriguez out of the derby

Velasco Carballo denies Alaves a penalty after handball from Song

Orenga, the new coach of basketball 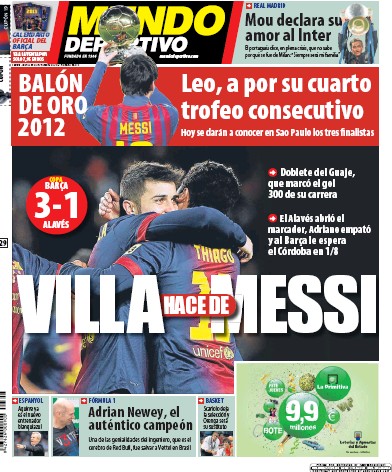 Villa makes up with Messi

Alaves open the scoring, Adriano equalise and Barca now wait for Cordoba in the quarter finals

Today they will announce in Sao Paulo the three finalists

Mou declares that his heart is still with Inter

The Portuguese says, in the midst of the crisis, that he does not know why he left Milan “always it will be my family”

Espanyol: Aguirre is the new coach of the Blanguiazul

One of the geniuses most ingenious, the brains behind Red Bull and it was he who saved Vettel in Brazil

Basketball: Scariolo leaves the national team and Orenga comes in his place