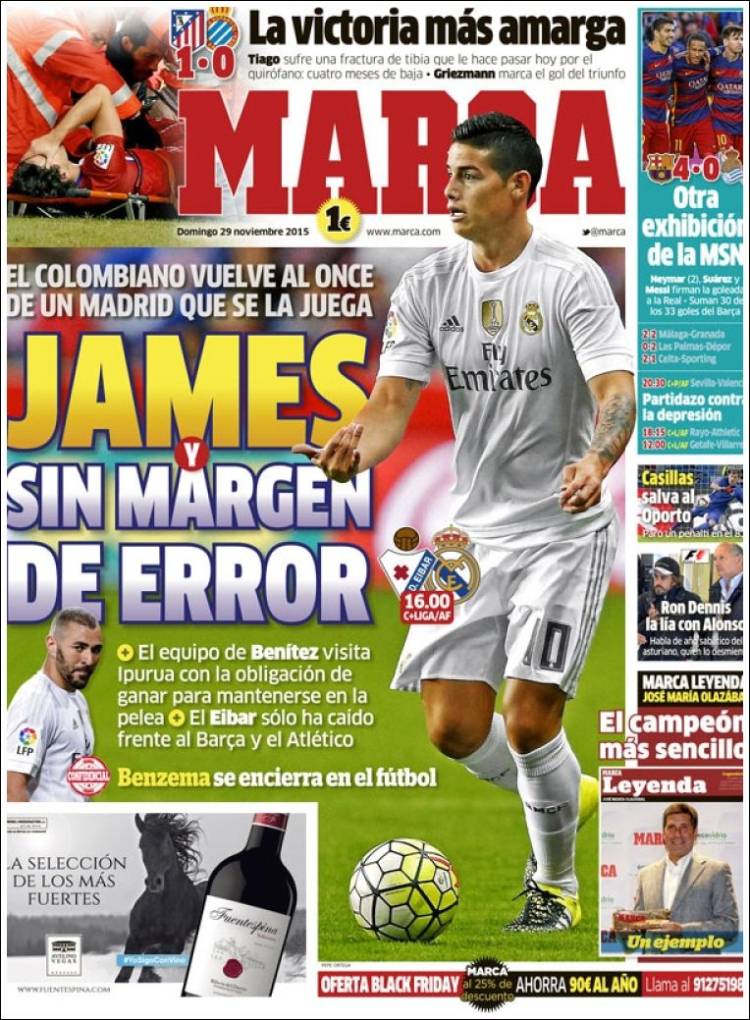 James and no margin for error

Eibar have only lost to Barca and Atletico

Benzema locks himself in football

Tiago suffered a fractured tibia, which sees him in the operating room today: four months out

Another exhibition from the MSN

Neymar (2), Suarez and Messi sign off the win against Real

A great match against the depression 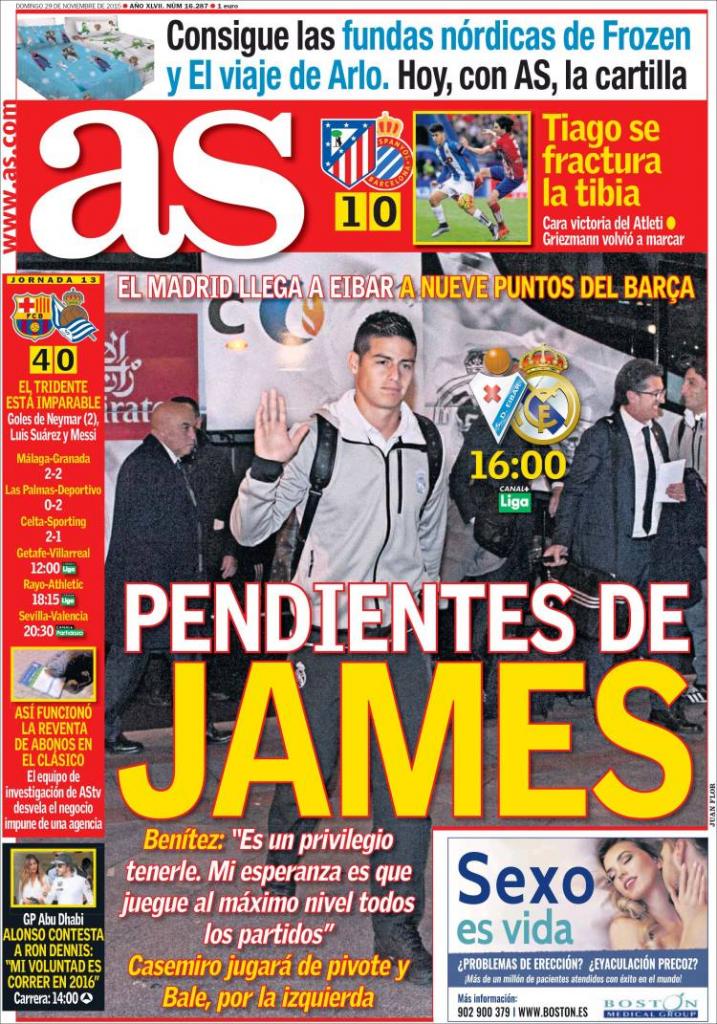 Benitez: “It’s a privilege to have him. My hope is that he plays at the highest level in every game”

Casemiro will play as the pivot and Bale on the left

The trident are unstoppable 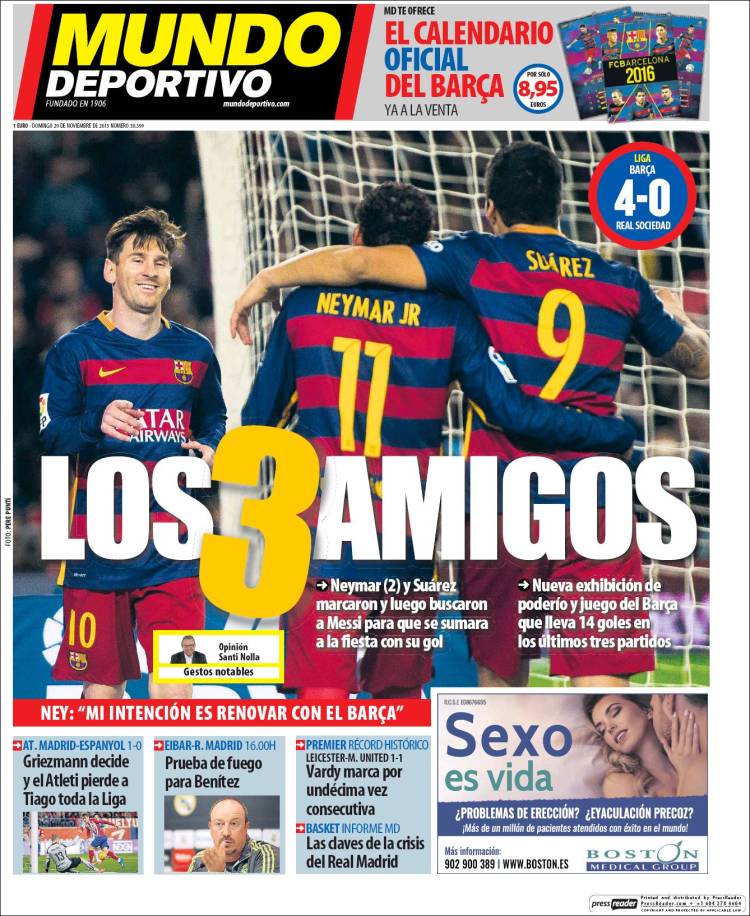 They have scored 14 goals in their last three games

Griezmann is decisive, but Atletico lose Tiago for the season