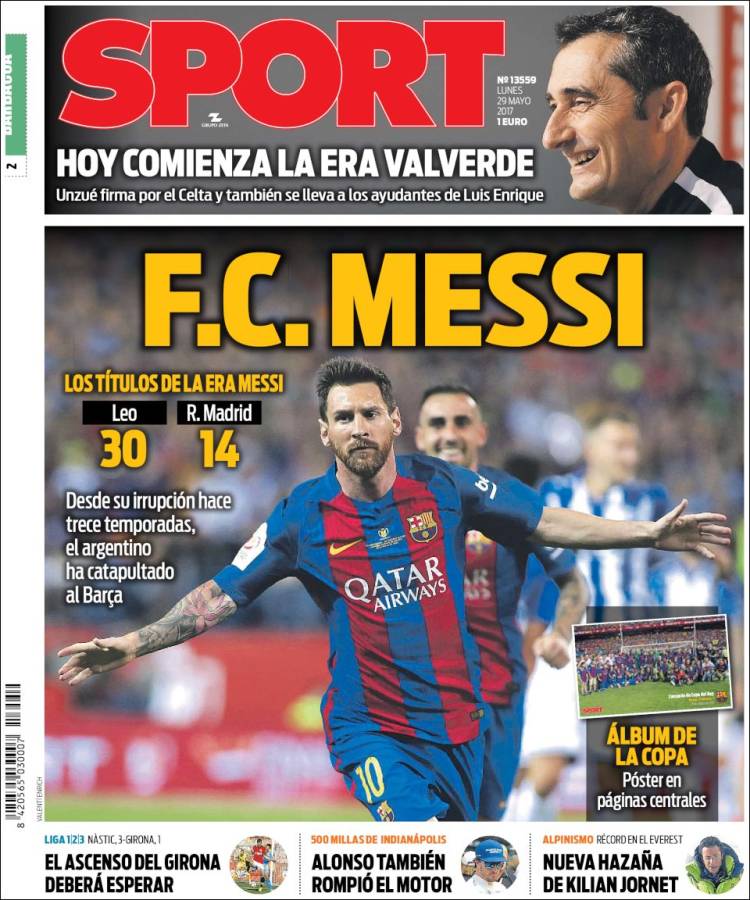 Since his debut, he has 30 titles compared to Madrid's 14

Girona must wait for promotion to La Liga - lose to Gimnastic 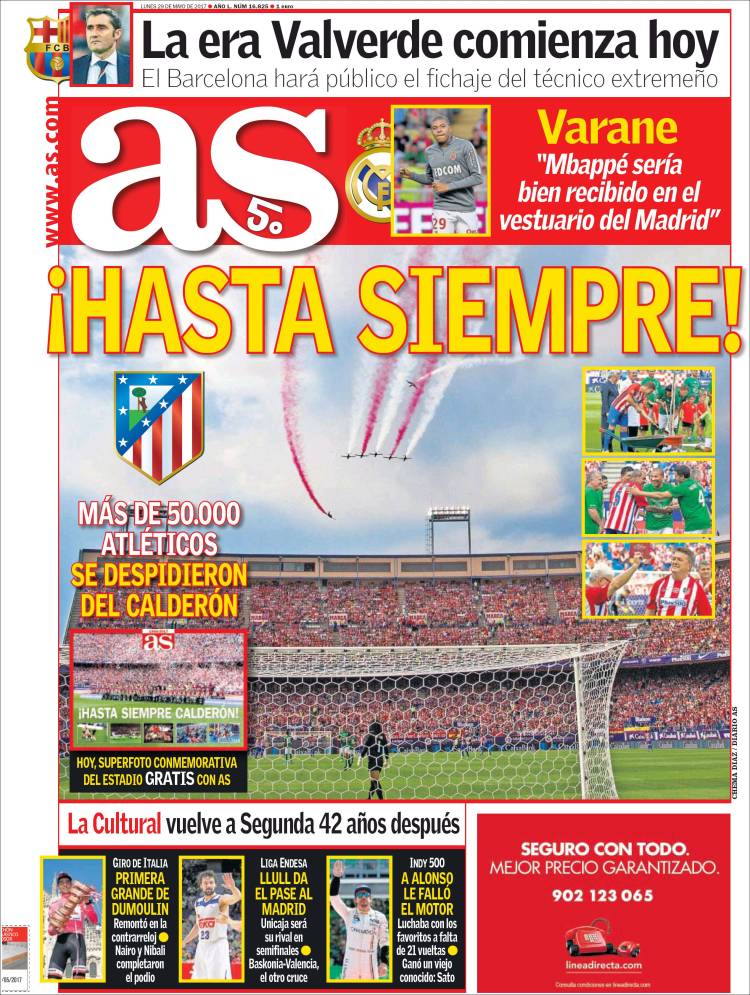 More than 50,000 Atleti fans pack out last ever match at Vicente Calderon

Varane: "Mbappe would be well received in the Madrid dressing room"

Cultural return to Segunda after 42 years 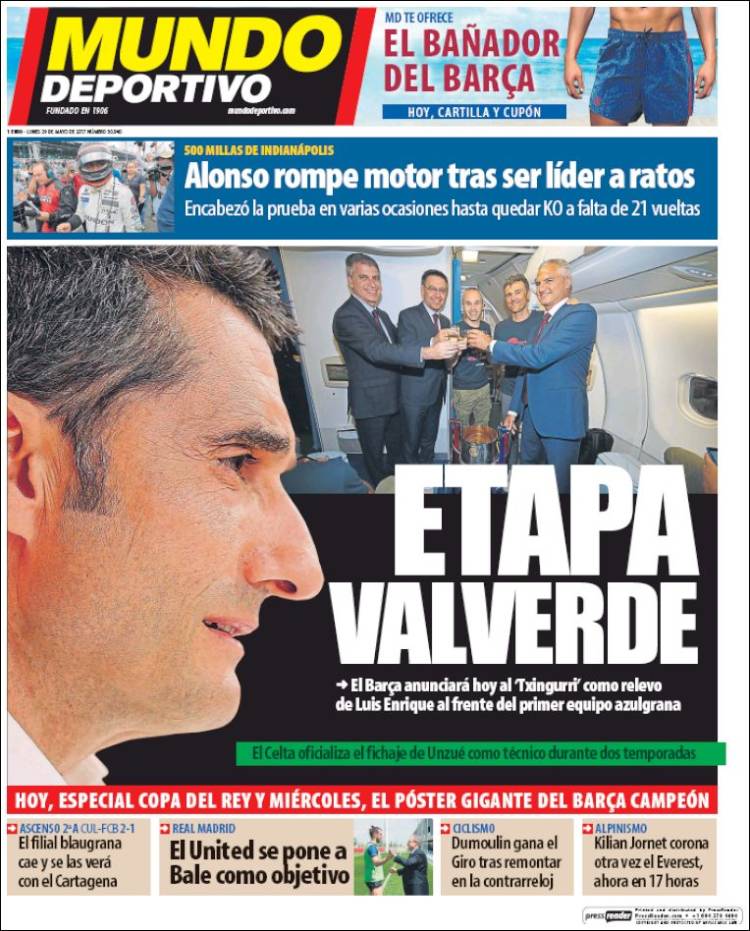 Barca to announce today he will replace Luis Enrique as manager