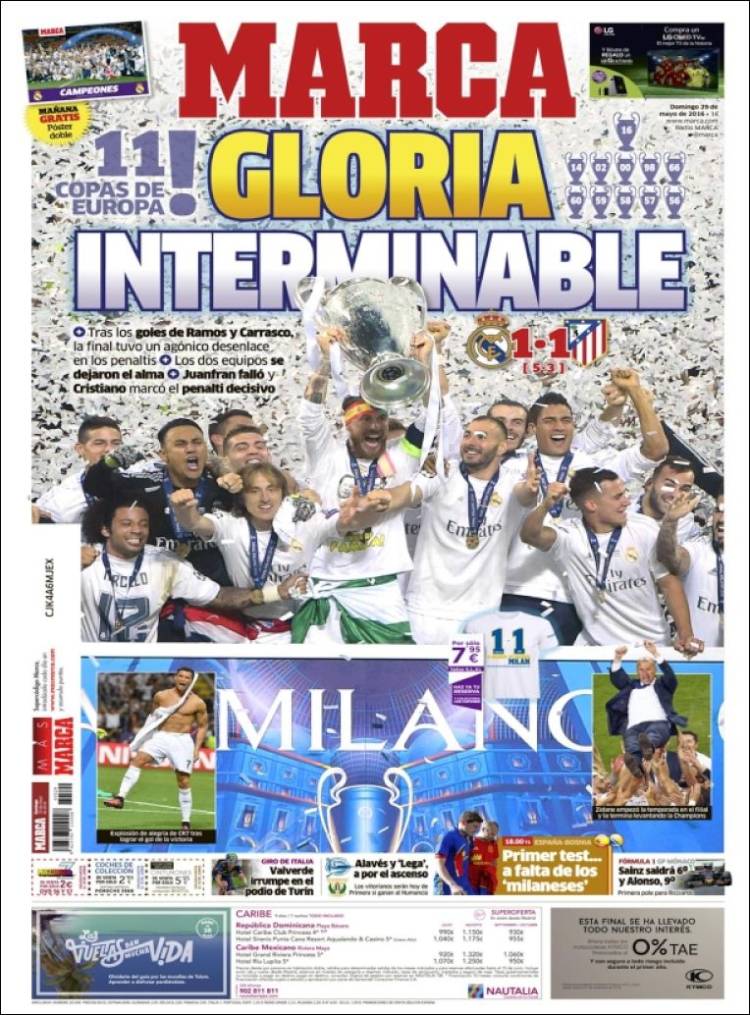 After goals from Ramos and Carrasco, the final had an agonising outcome on penalties

Both teams gave their souls

Alaves and Leganes go for promotion

The Vitorianos will go up today if they win at Numancia

First test without the ‘Milanese’ 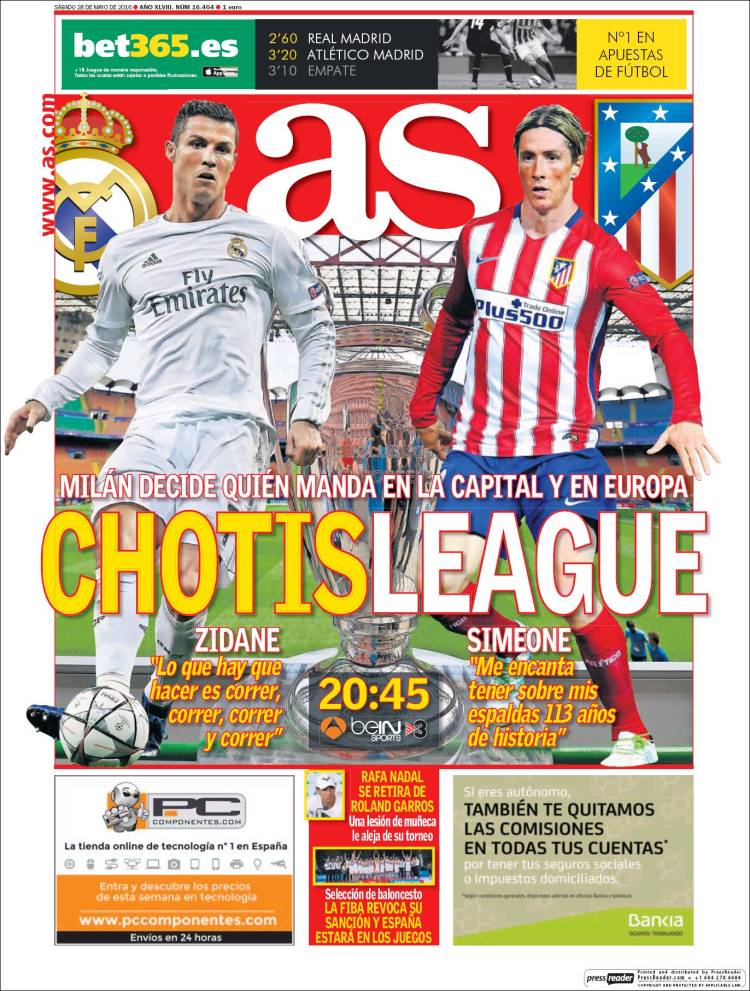 Cristiano: “I had a vision and asked Zidane to take the fifth”

An even-crueller final for Atletico

Ramos, man of the match, scored again in a final against Atletico

Carrasco equalised in the second half

Zidane: “I dreamed of this”

Lewandowski’s agent recognises that there is contact with Madrid 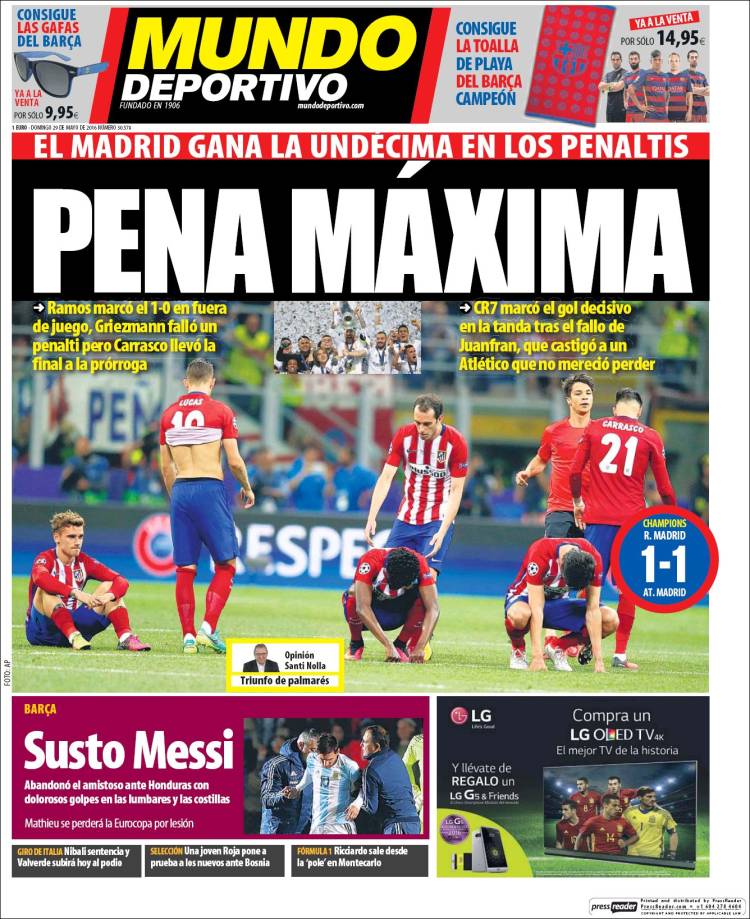 Ramos was offside when scoring the first goal, Griezmann missed a penalty but Carrasco took the final into extra time

Mathieu will miss the Euros through injury

A young Roja are put to the test against Bosnia