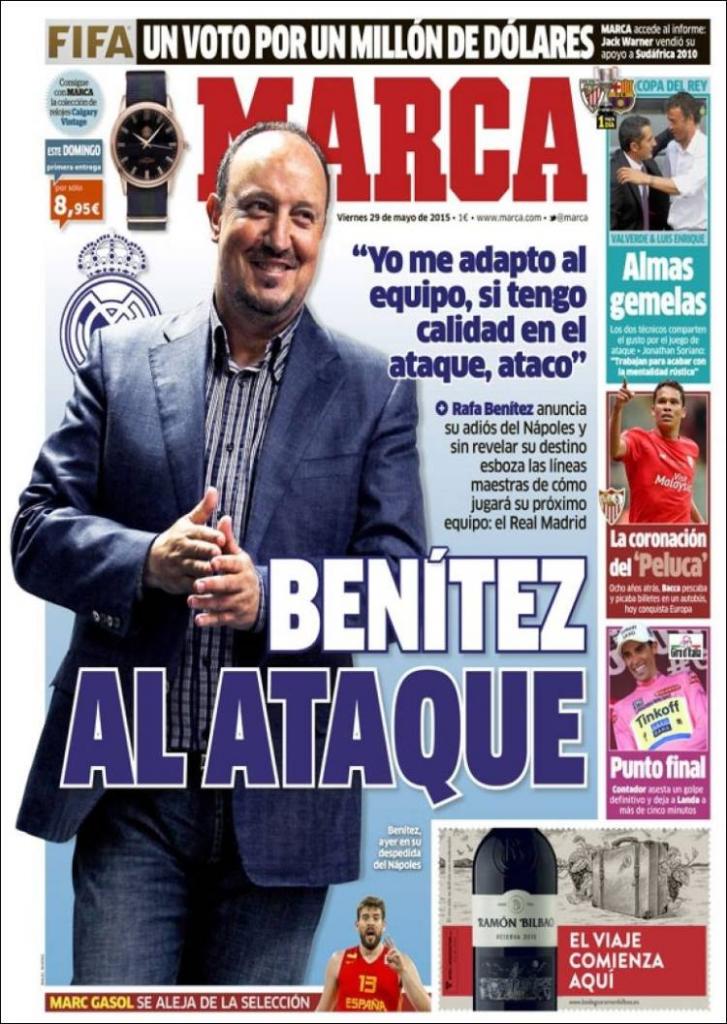 Benitez Assault - “I adapt to the team, if I have quality in attack, I attack”

Rafa Benitez announces his farewell from Napoli without revealing his next destination and outlines how he will coach his next team: Real Madrid

Jonathan Soriano: They both work towards eliminating the rustic mentality [in football]

Bacca’s coronation - Eight years ago, Bacca was a fisher and bus conductor, now he conquers Europe 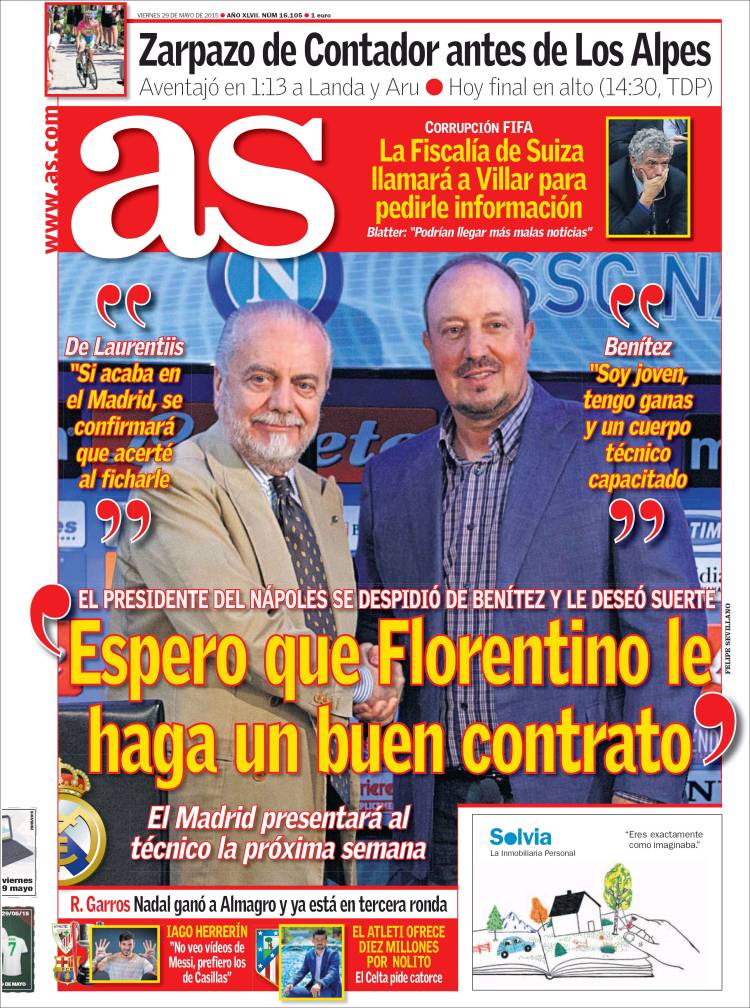 Blatter: There could be more bad news

De Laurentiis: If Benitez goes to Madrid, it confirms that I was right to appoint him

Benitez: I'm still young and I want to win trophies

Napoli’s President said goodbye to Benitez and wished him luck.

“I hope that Florentino will offer him a good contract”

Madrid will present the Coach next week 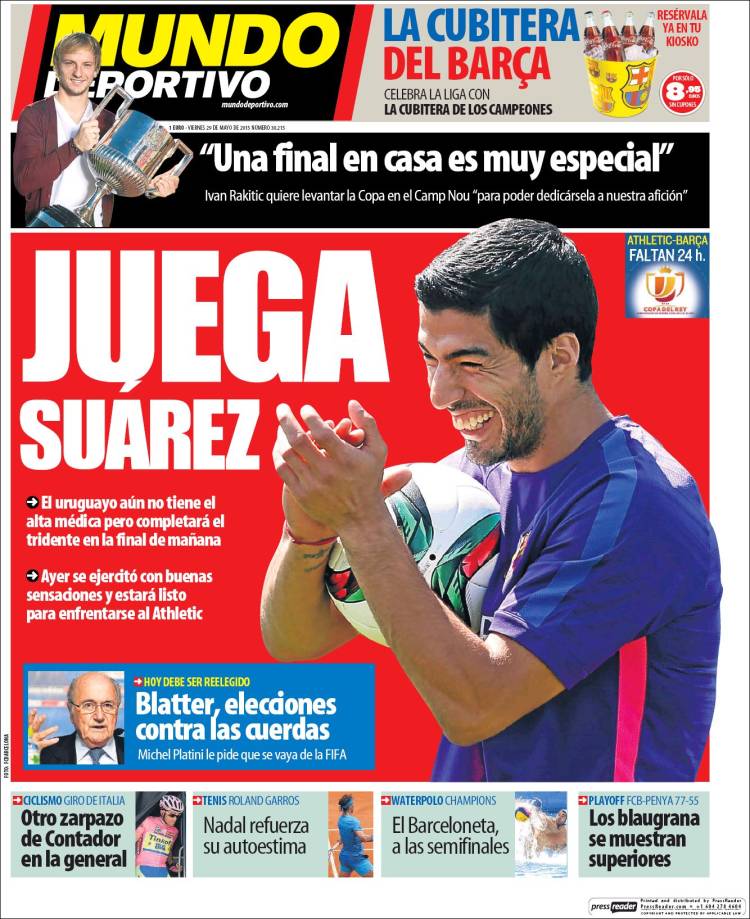 A final at home is very special

Blatter elections on the ropes