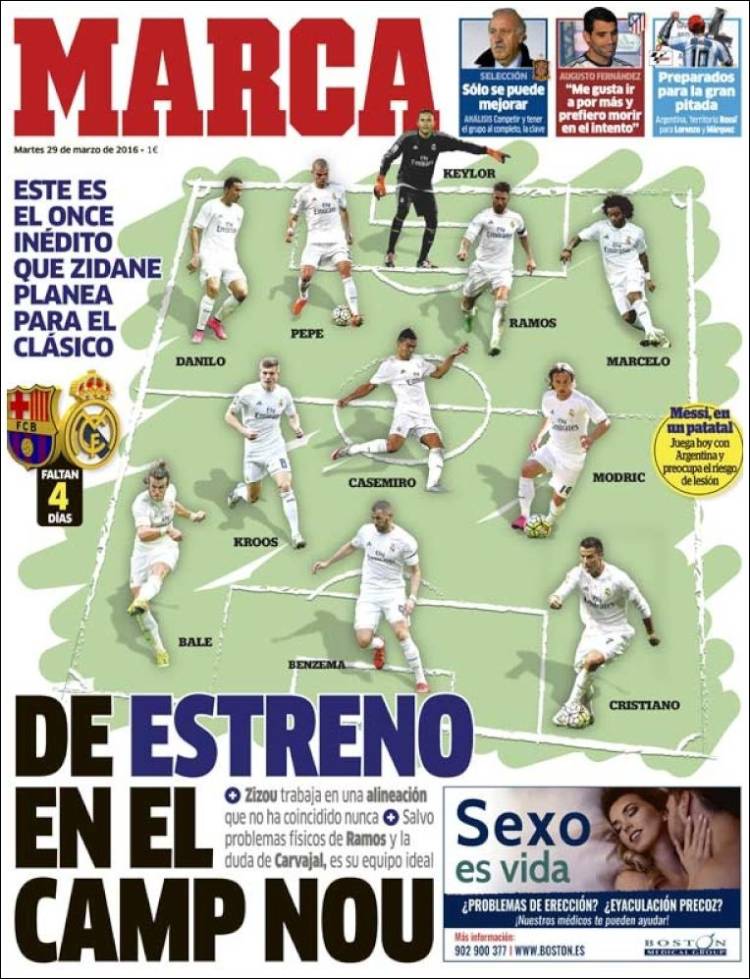 It can only get better

“I like to go for more and would rather die trying”

This is the unprecedented XI Zidane plans for the Clasico

Zizou works with a line-up that has never matched together

Except for Ramos’ physical problems and the doubt over Carvajal, this is the ideal team

Messi, on a potato field

Plays today with Argentina and concern of the risk of injury 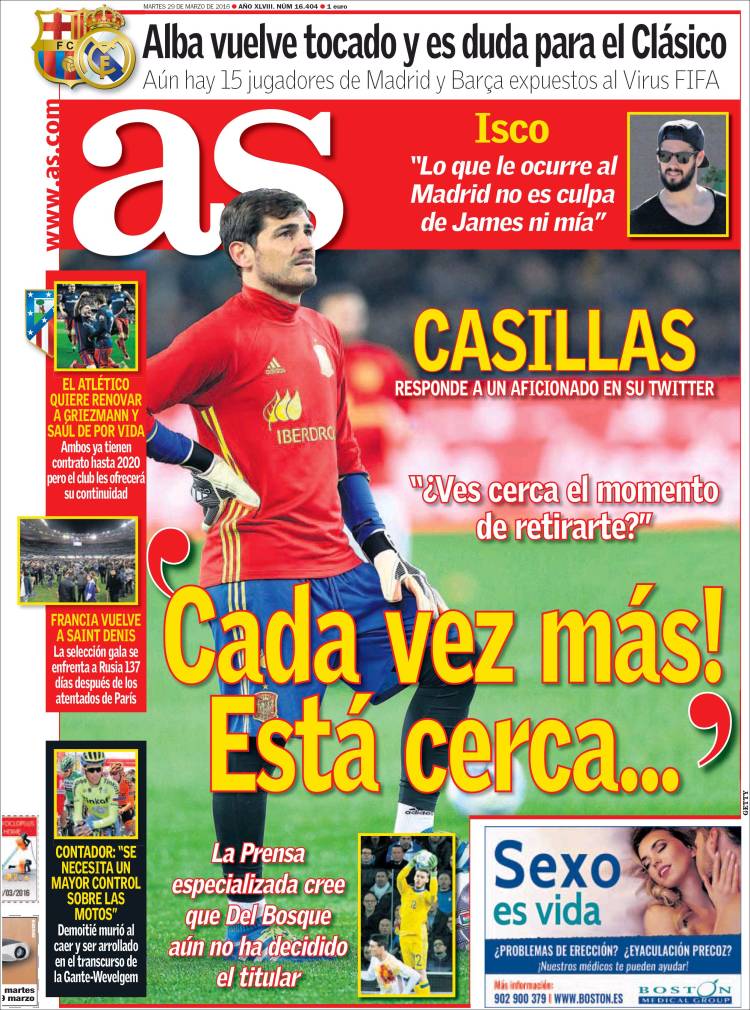 Alba returns injured and is a doubt for the Clasico

“What happens to Madrid isn’t James’ fault or mine”

“Is the time to retire close?”

The Press believes Del Bosque has not yet decided the starter

Atletico want to renew Griezmann and Saul for life 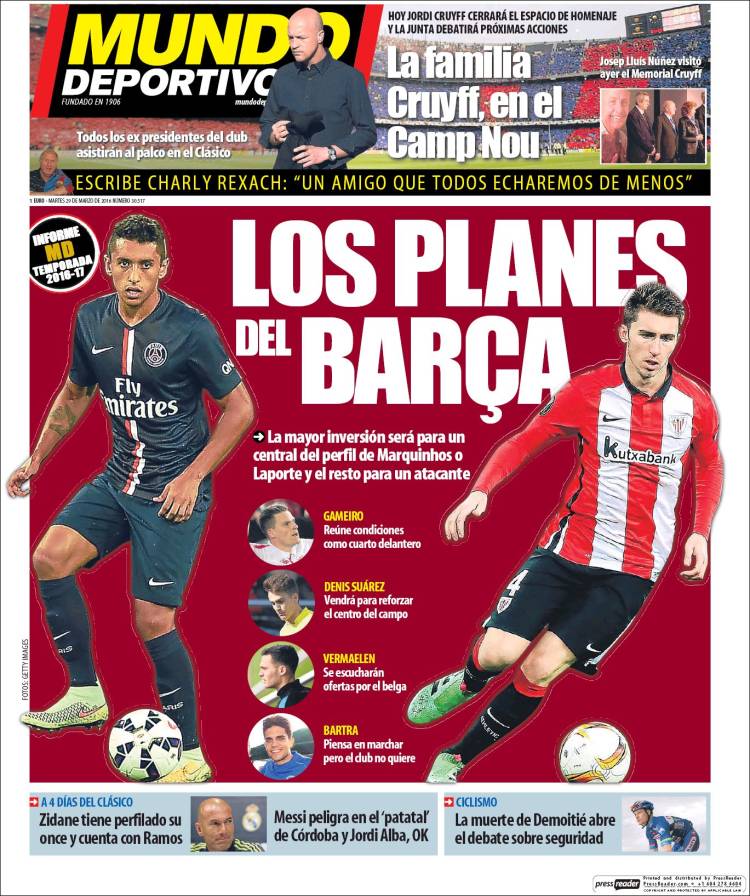 The Cruyff family, at Camp Nou

Charly Rexach writes: “A friend that we will all miss”

Meets the conditions as the fourth forward

Will come to reinforce the centre of midfield

They will listen to offers for the Belgian

Plans to leave but the club don’t want him to

Four days to the Clasico

Zidane has outlined his XI and counts on Ramos

Messi danger on a ‘potato field’ in Cordoba and Alba, ok