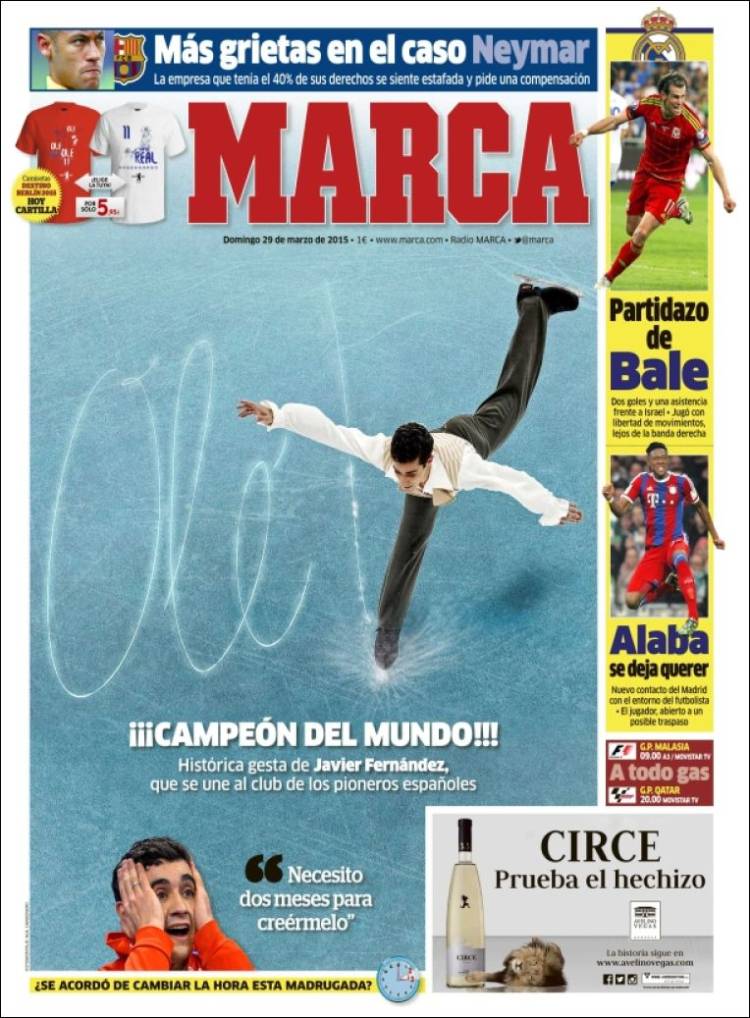 More cracks in the Neymar case

Two goals and an assist against Israel

He played with freedom of movement, far away from the right wing

The player, open to a possible transfer 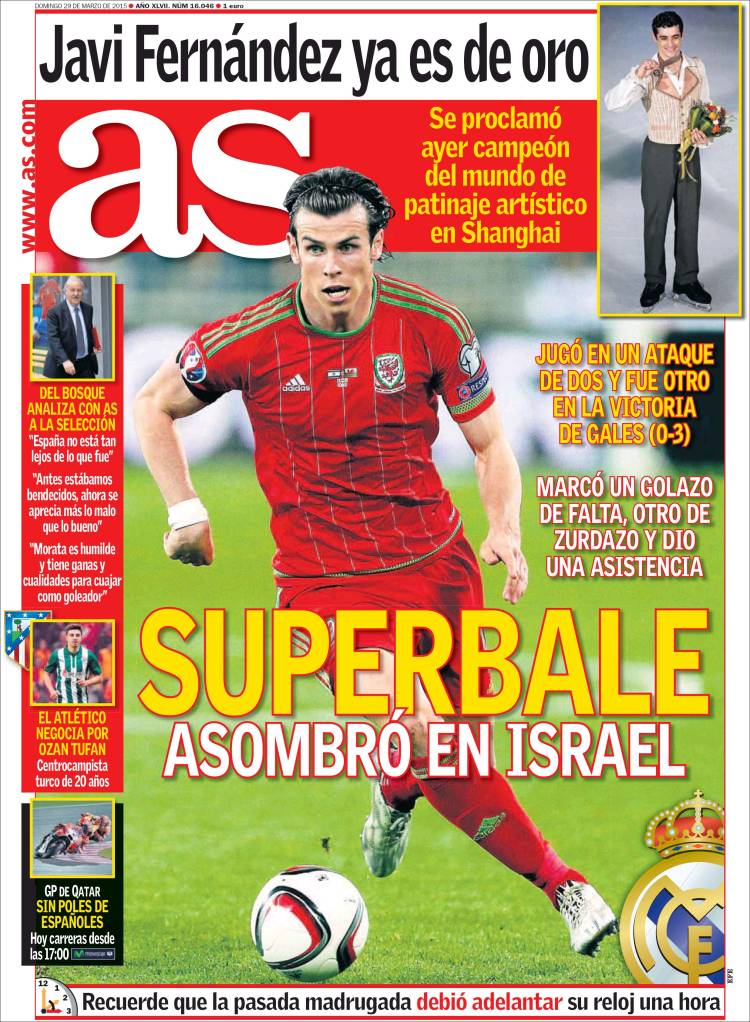 He amazes in Israel

He scored a great goal from a free-kick, another with his left foot, and provided an assist

Del Bosque analyses the national team with AS

“Spain are not too far away from what I want” 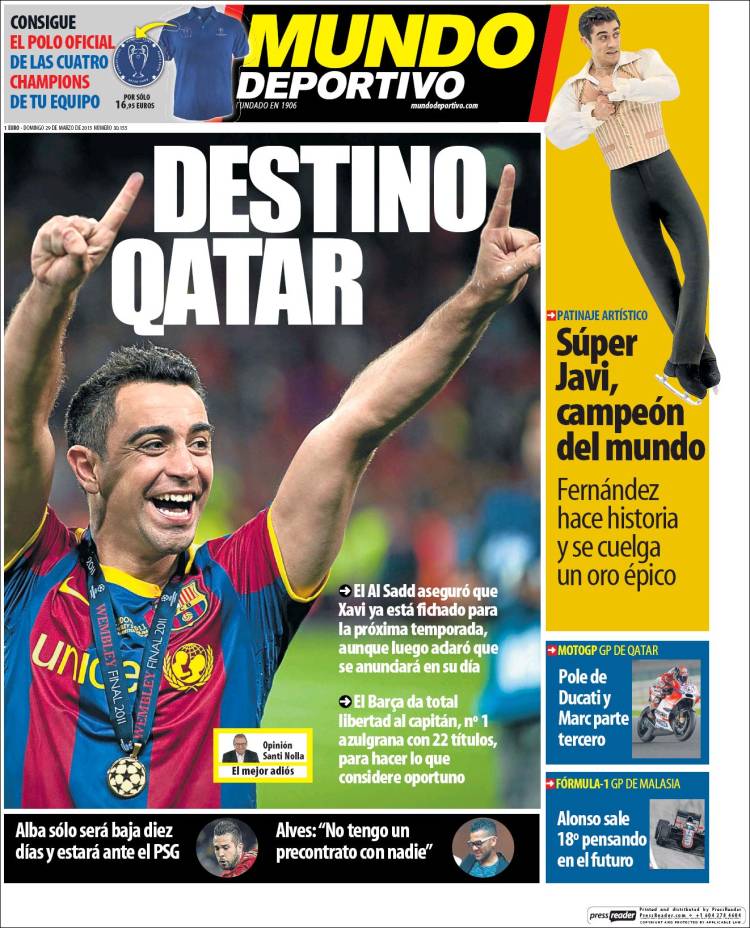 Al Sadd maintain that Xavi is already signed for next season, although later they corrected it and said it will be announced in his own time

Alves: “I don’t have a pre-contract with anybody”