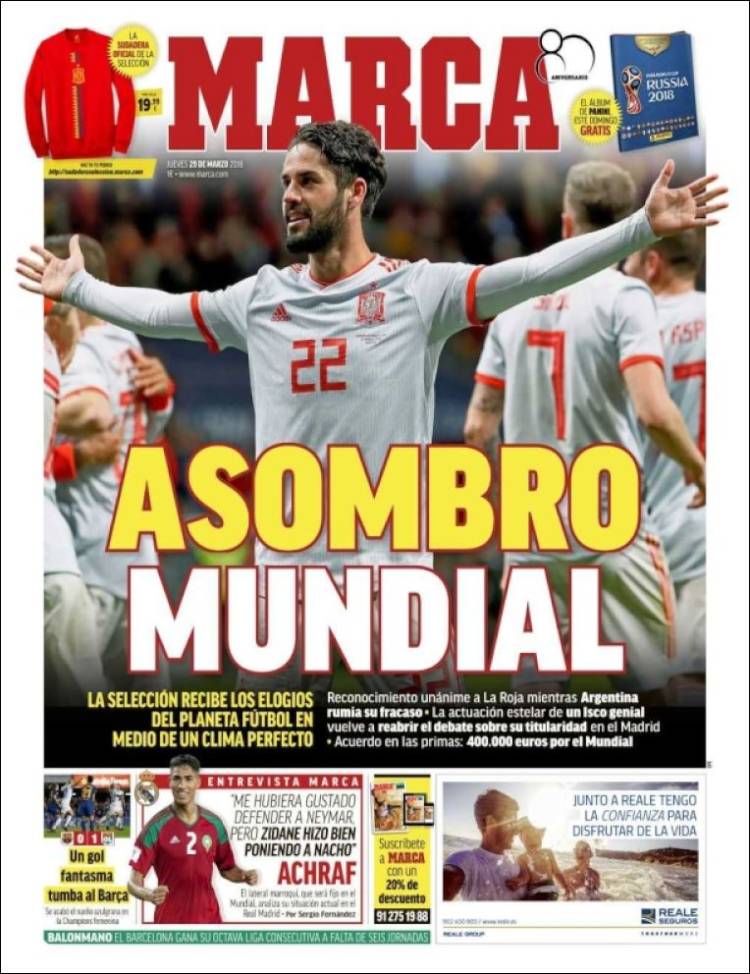 "I would have liked to defend Neymar, but Zidane did well by choosing Nacho" - Achraf 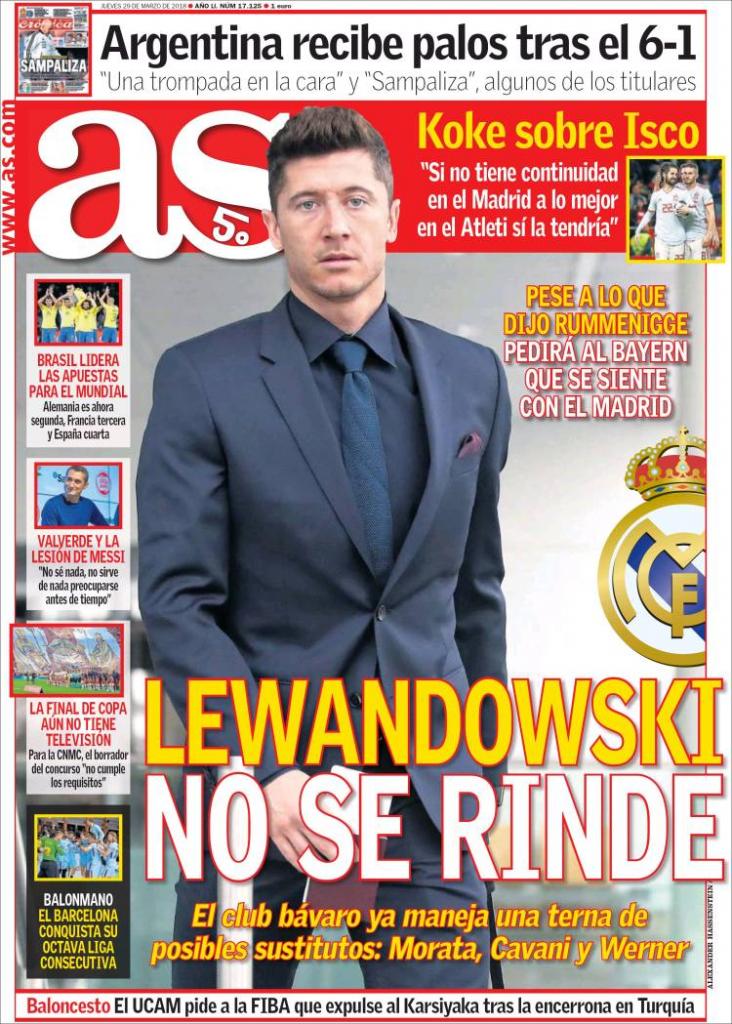 Lewandowski doesn't give up

Despite what the club said, he will ask Bayern to talk with Madrid

Argentina criticised after 6-1 defeat - 'punched in the face'

Koke on Isco: If he doesn't stay with Madrid, Atleti would be best for him

Brazil leads the bets for the World Cup

Valverde on Messi injury: I don't know anything, it's no use worrying

Copa final doesn't yet have a TV agreement 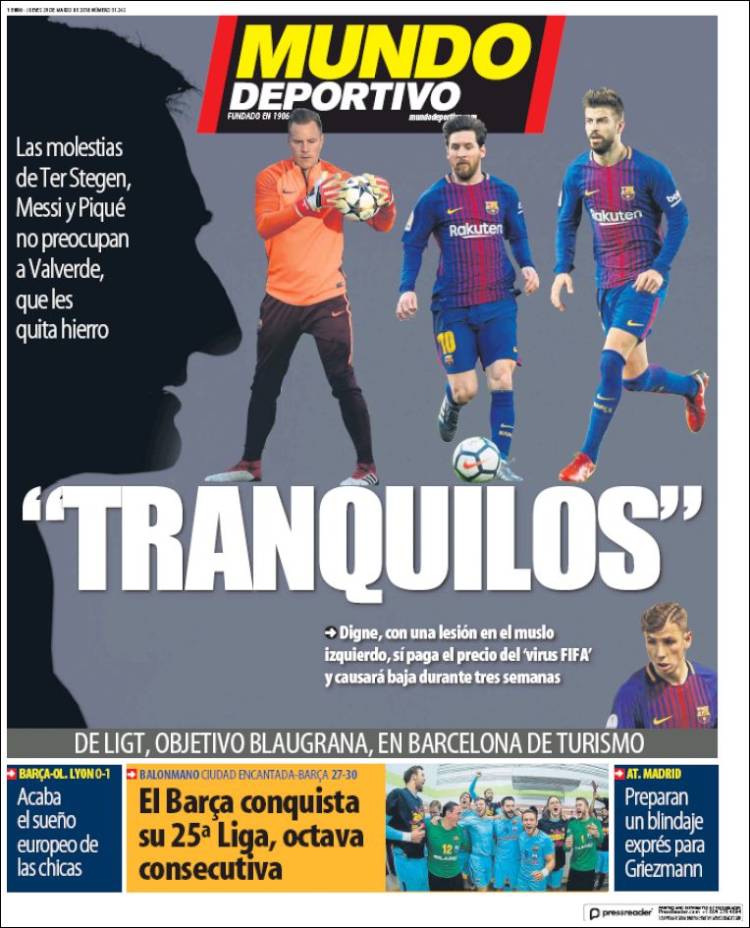 Digne, out for three weeks

De Ligt, Barca target, in the city for tourism

Atleti prepare a shield for Griezmann