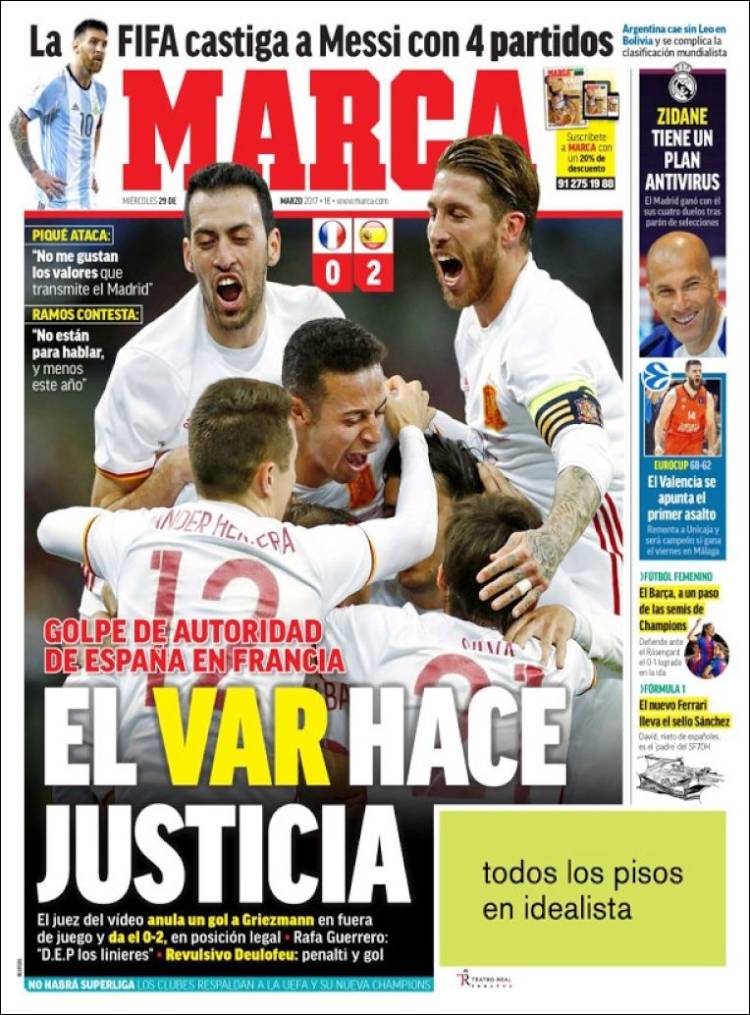 Sergio Ramos replies - they shouldn't be the ones to talk, especially not after this year 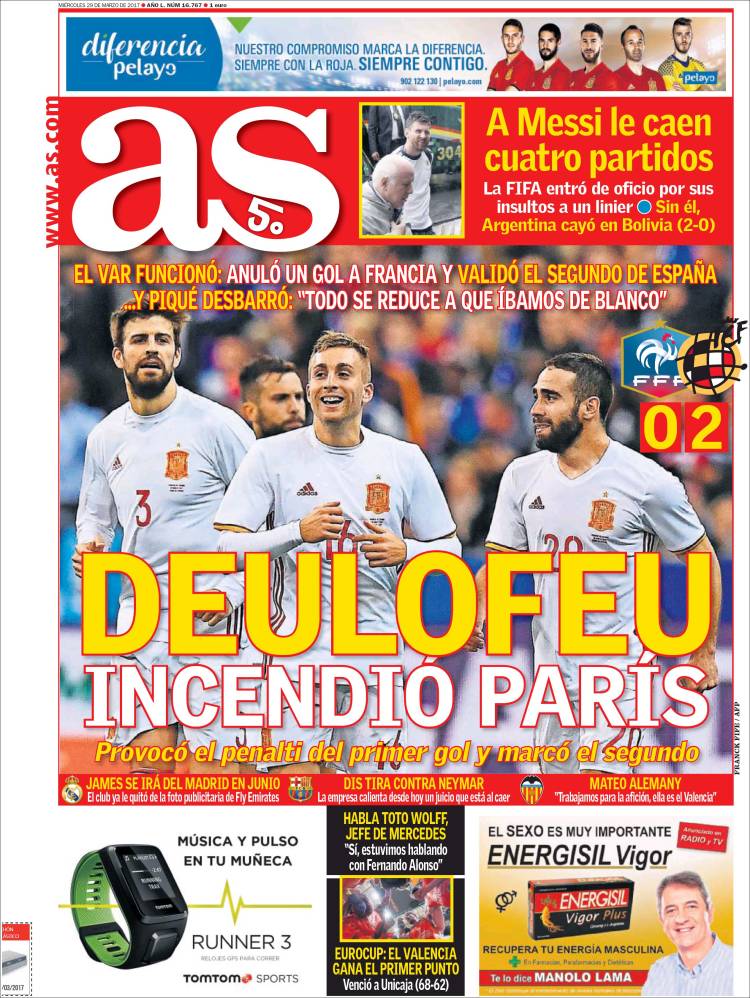 Video tech works - annuls France goal and validates Spain's second goal....and Pique talks nonsense: Everything boils down to that we were wearing white

Mateo Alemany - "We work for the fans, who are Valencia" 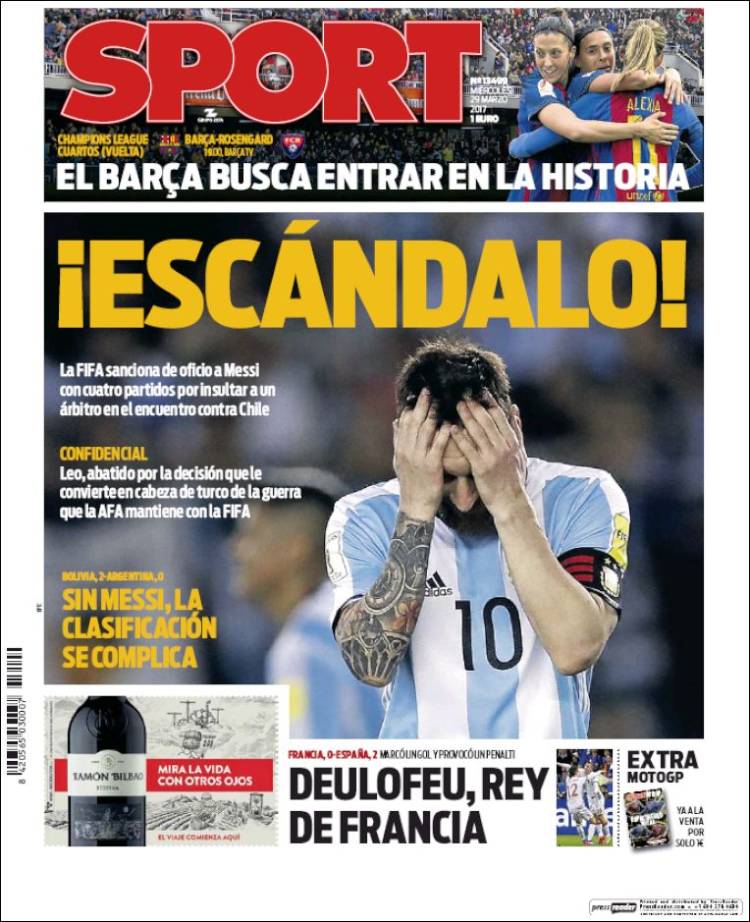 Without Messi, qualification is complicated

Deulofeu, king of France - scores a goal and wins a penalty