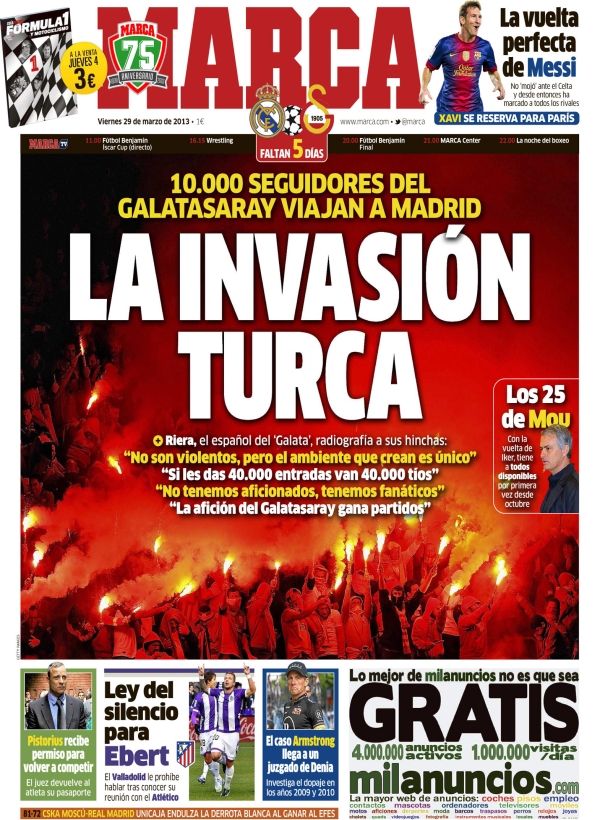 10000 followers of Galatasaray to travel to Madrid

Riera, the Spanish 'Galata' talks of his fans..

"They are not violent, but, the atmosphere will be unique"

"We do not have fans, we have fanatics"

"THe fans of Galatasaray win games"

With the return of Iker, he has everyone available for the first time since October

Apart from Celta he has scored against every team

Xavi to be rested for Paris

Law of silence for Ebert

Valladolid prohibit him from speaking after his meeting with Atletico

The judge gives back the athletes passport

The Armstrong case is given to Judge Denia 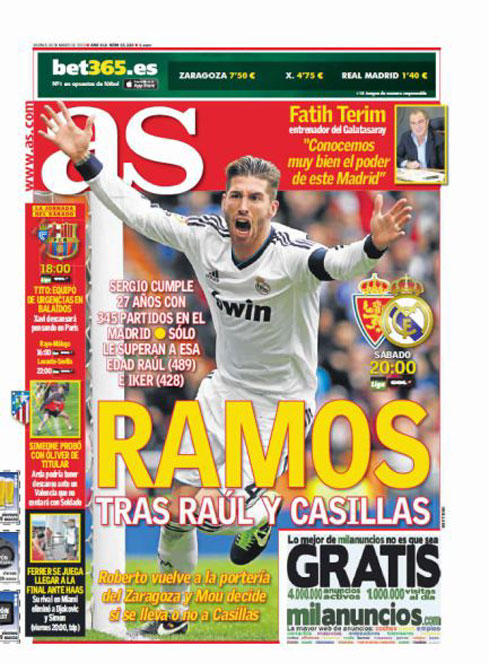 Ramos after Raul and Casillas

Fatih Terim: "We know very well the strengths of Madrid"

Tito: The emergency team in Balaidos

Xavi to be rested for Paris

Ferrer to play for a spot in the final against Haas

His rival in Miami eliminated Djokovic and Simon 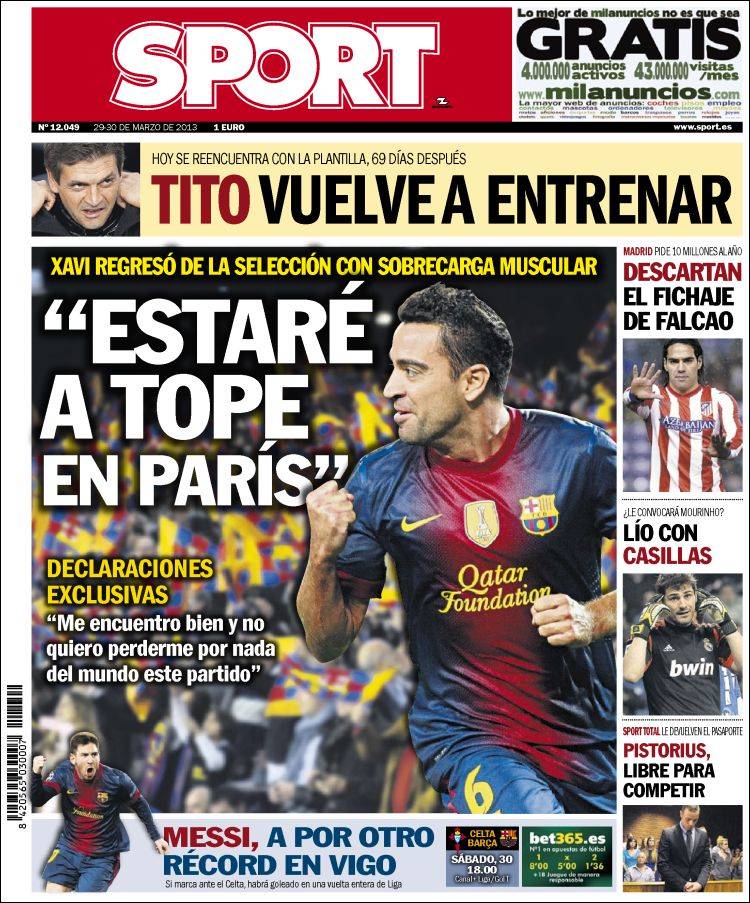 "I will be at my best in Paris", Xavi

"I feel good and I do not want to loss nothing"

Messi, for another record against Vigo

Today he reunites with his team, 69 days later

Madrid ask for 10 million per year

A mess with Casillas

Will he be counted on by Mou?