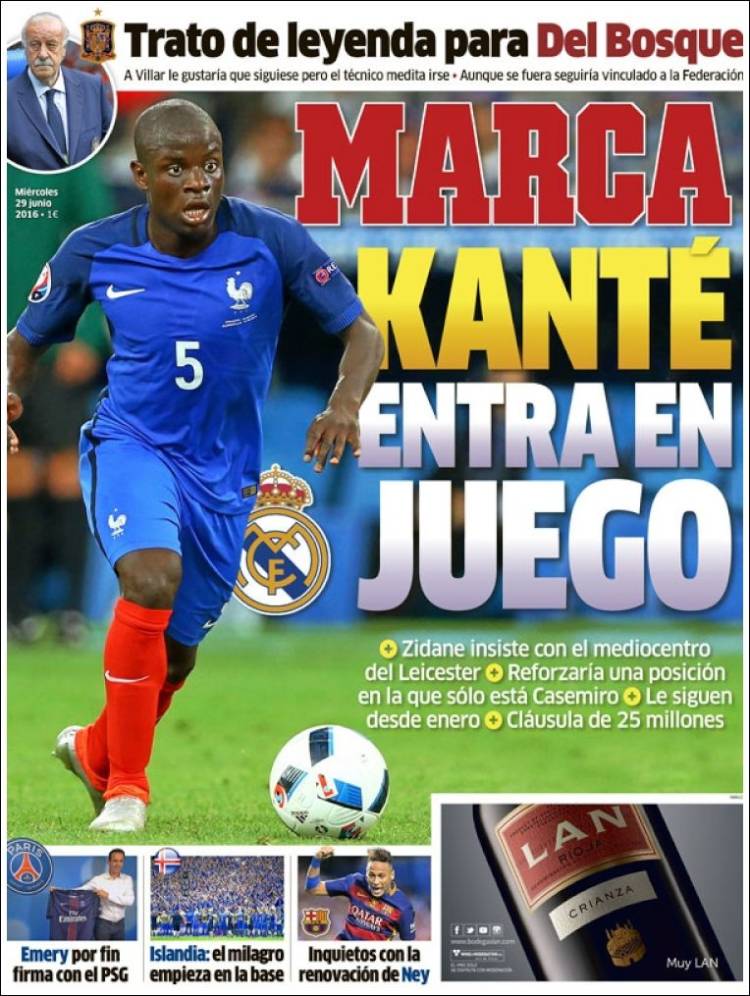 Treatment of a legend for Del Bosque

Villar would like him to continue but the Coach considers leaving

Zidane insists on the Leicester midfielder

Reinforce a position where he only has Casemiro

Followed him since January

Iceland: the miracle starts at the foundation 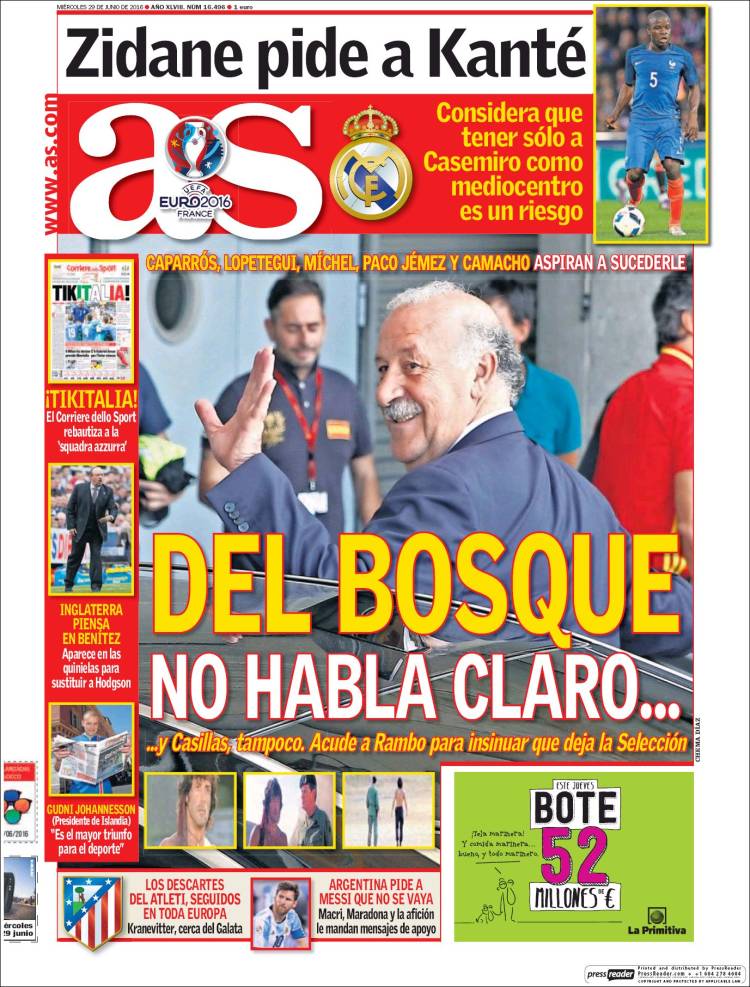 …and Casillas, neither. Goes to Rambo to insinuate he has quit the national team

The Correiere dello Sport renamed it for the ‘Azzurri team’

Appears in the pools to replace Hodgson

“It’s the greatest triumph for the sport”

The discards of Atleti, followed throughout Europe

Macri, Maradona and the fans send messages of support 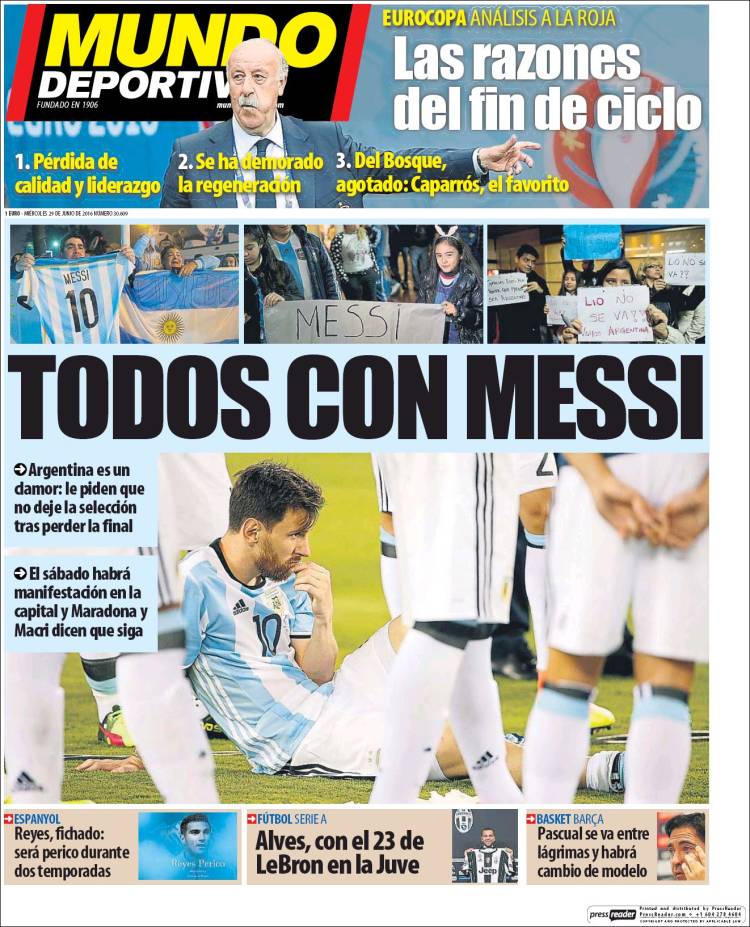 The reasons for the end of the cycle

1. Loss of quality and leadership

2. Regeneration has been delayed

Argentina in a clamour: they ask he doesn’t leave the national team after losing the final

Reyes, signed: will be a Perico for two seasons

Alves, with LeBron’s 23 at Juve