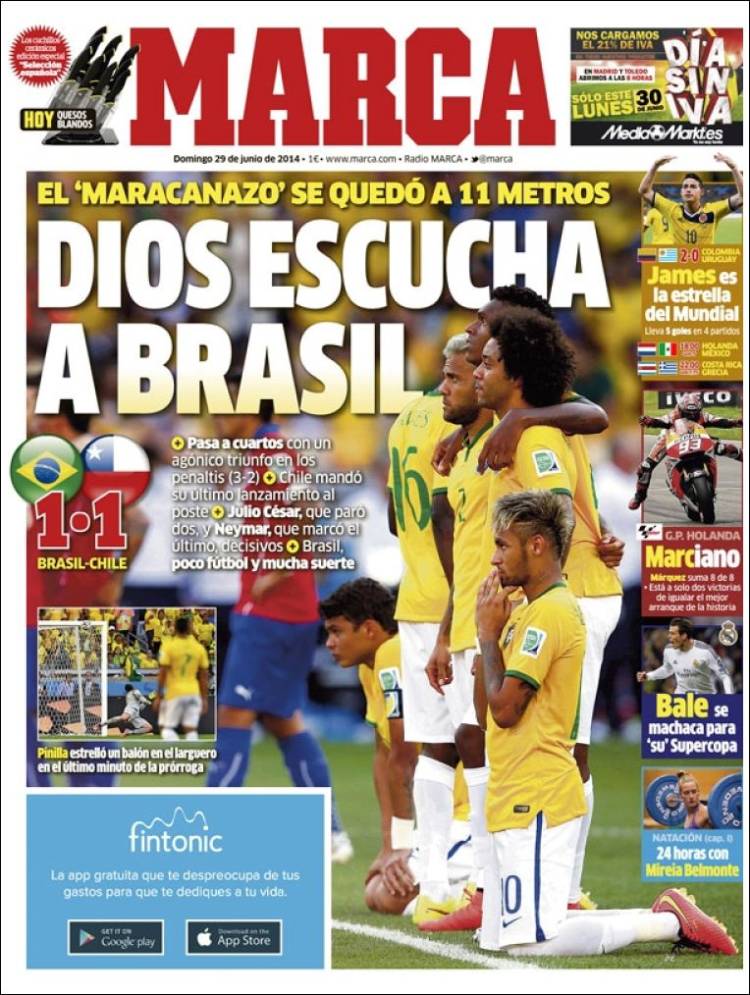 Another Maracanazo, was just 12 yards away

They progress with an agonizing win on penalties (3-2)

Brazil showed little football and a lot of luck

James is the star of the World Cup

Bale excited for 'his' Supercup 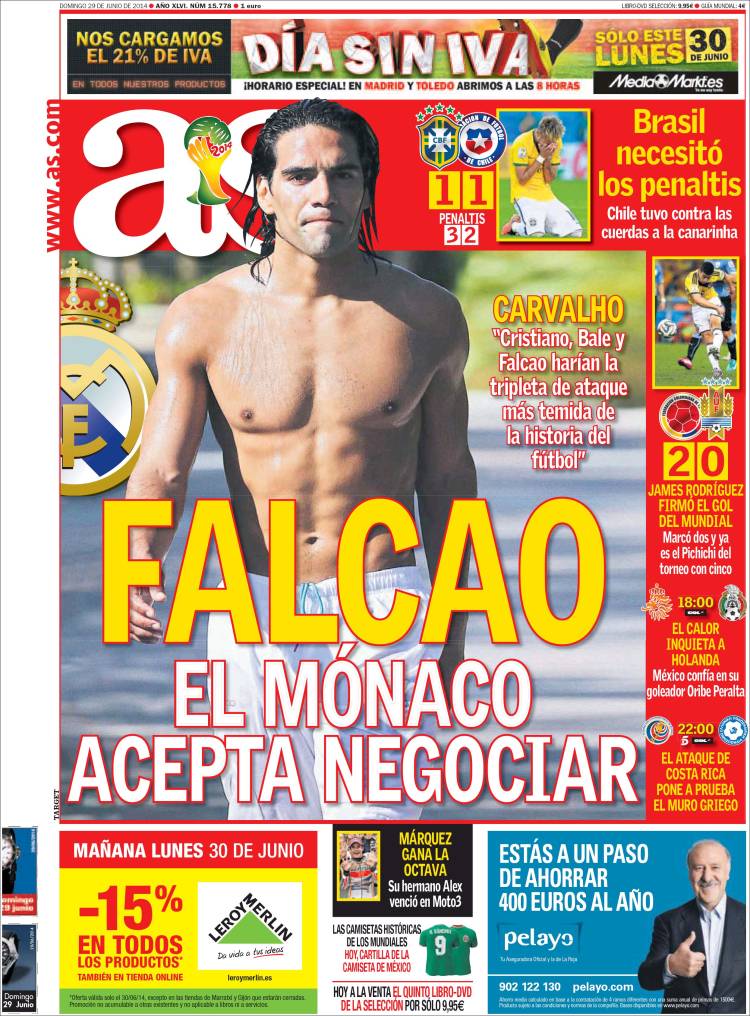 Chile had La Canarinha on the ropes

James Rodriguez scores the goal of the tournament

He scored two and is already the top scorer with five

Mexico have faith in their goalscorer Oribe Peralta

Costa Rica's attack will put the Greek wall to the test 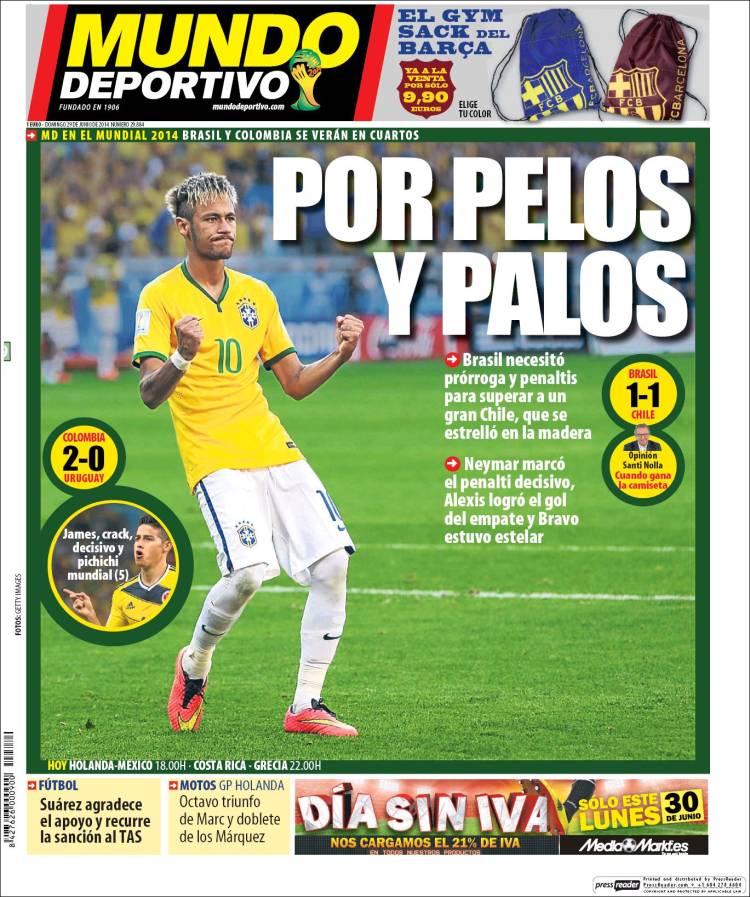 For hair and posts

Neymar scored the decisive penalty, Alexis scored the equaliser and Bravo was stellar.

James, a star, decisive and top scorer in the World Cup (5)

Suarez grateful for the support and appeals the ban to TAS