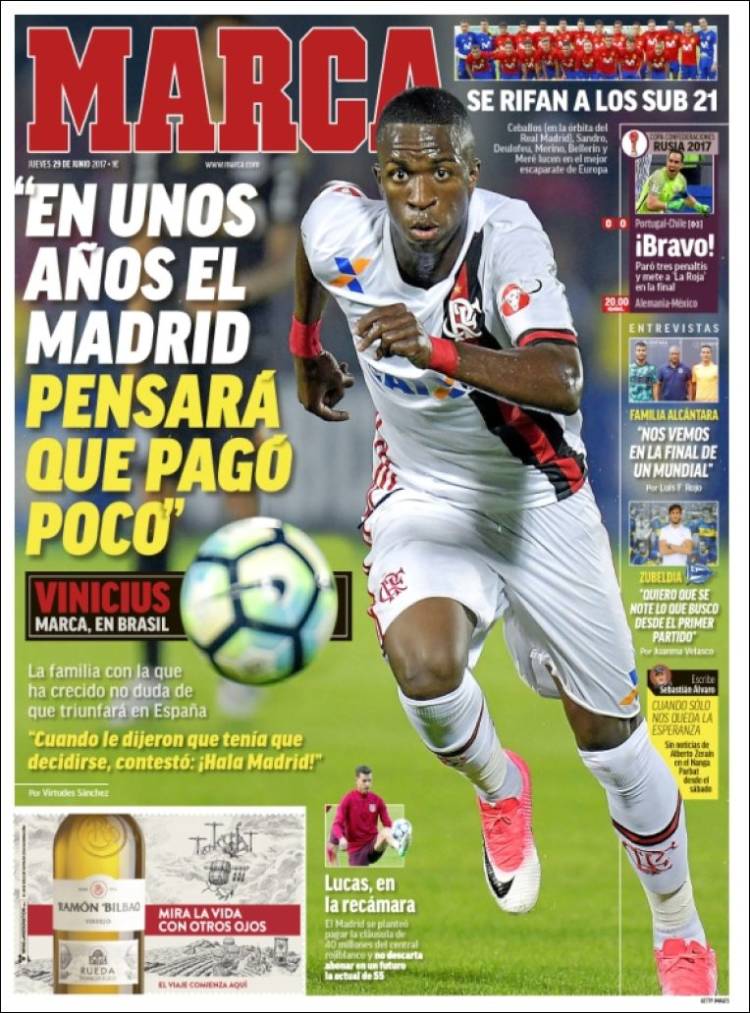 'In a few years from now, Madrid will think they paid little for me'

Vinicius family has no doubts he will triumph in Madrid, when asked about a decision on his future he replied 'Hala Madrid'

Lucas, in the dock 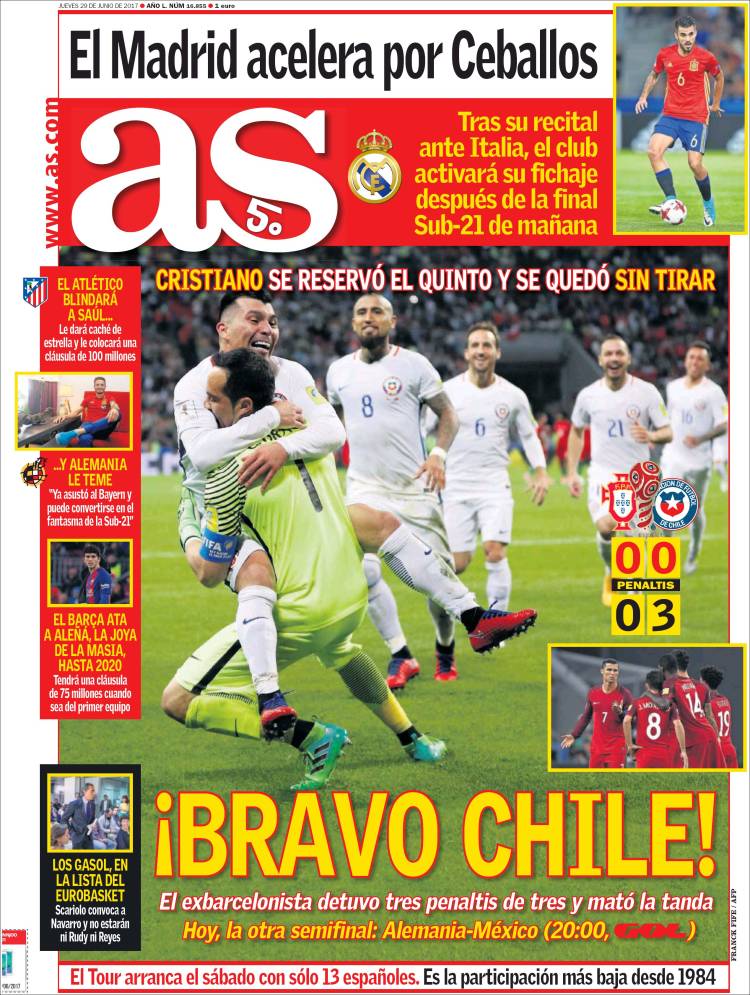 Cristiano was the 5th penalty taker and did not take one

Madrid accelerate for Ceballos - will complete signing after U21 final

...and Germany fear him - already has scared Bayern, had a fantastic tournament 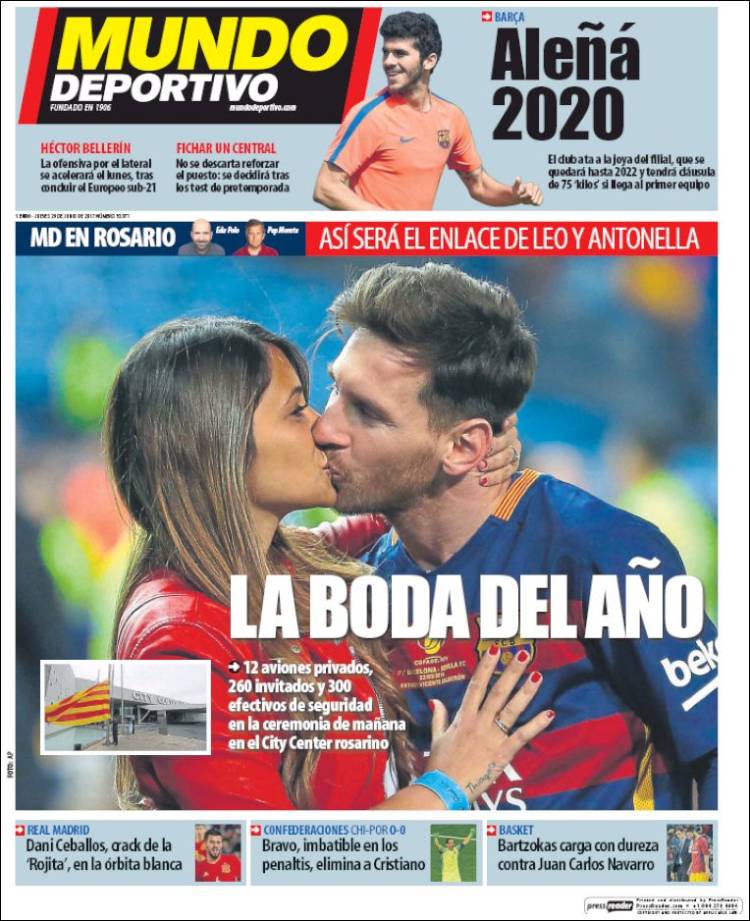 The wedding of the year

Hector Bellerin - Barca offensive to accelerate on Monday after U21 final