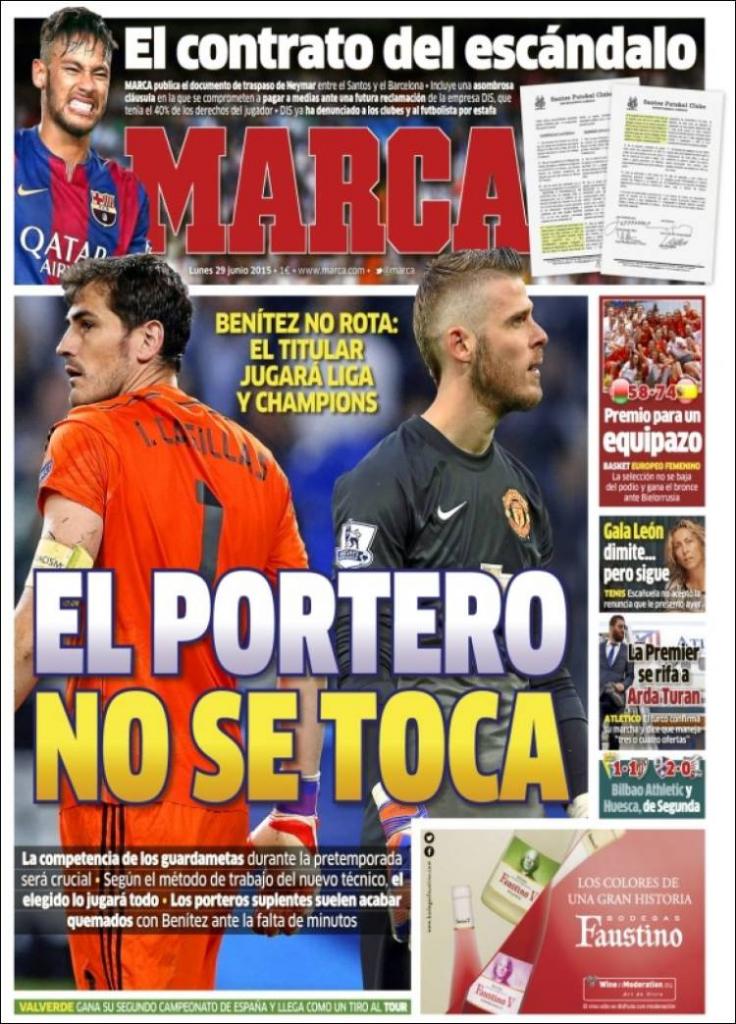 Benitez doesn’t rotate: the No 1 will play in La Liga and the Champions League

Goalkeeping competition during pre-season will be crucial

In line with the new Coach’s methods, the chosen one will play every match

It includes a stunning clause, in which they both agreed to pay half of a future claim from the company DIS, who owned 40% of the player’s rights

DIS have already reported both the club and player for fraud

The Premier League is calling for Arda Turan 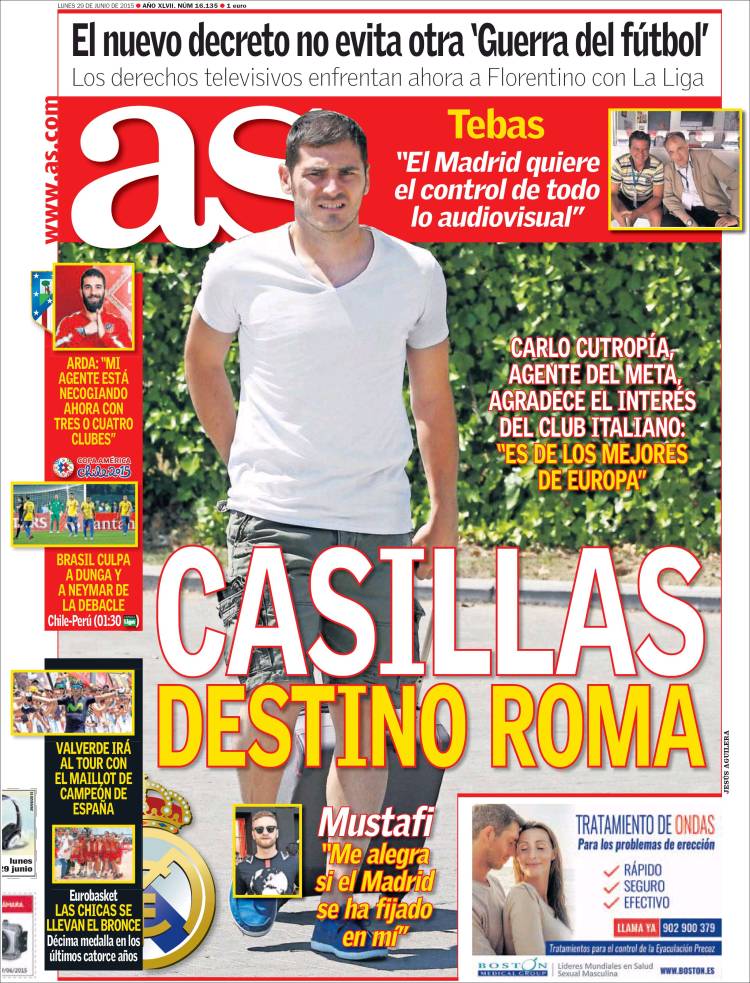 Carlo Cutropia, his agent, appreciates interest from the Italian club

“They’re one of the best in Europe”

Arda: “My agent is currently negotiating with three or four clubs”

Brazil blame Dunga and Neymar for their debacle 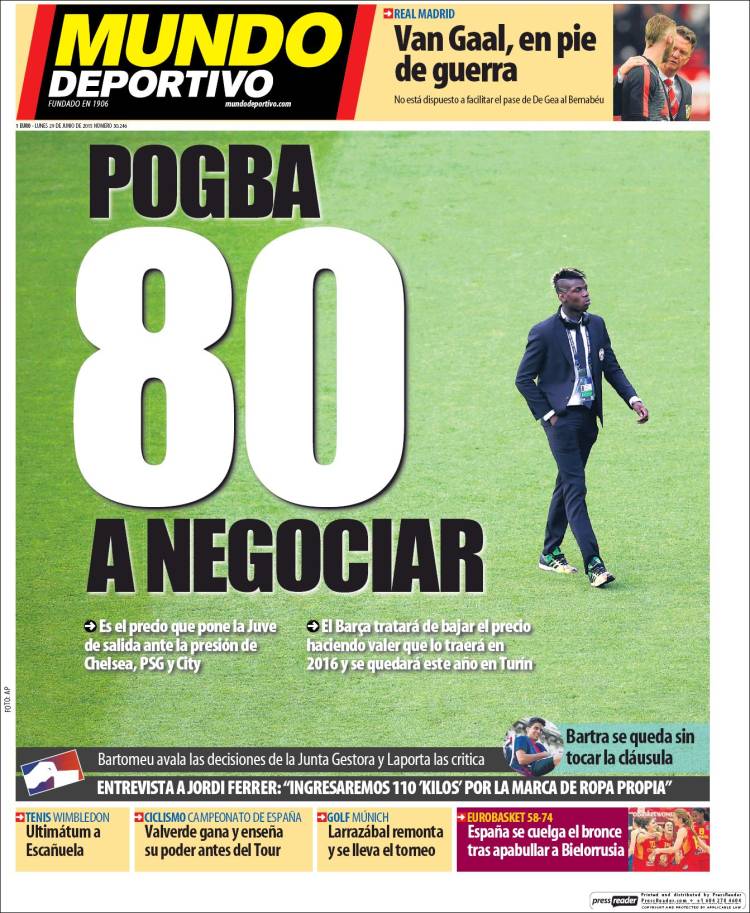 It’s the price of his exit from Juve, who are also faced with interest from Chelsea, PSG and Man City

Bartomeu endorses the decisions of the Managerial Board, Laporta criticises them