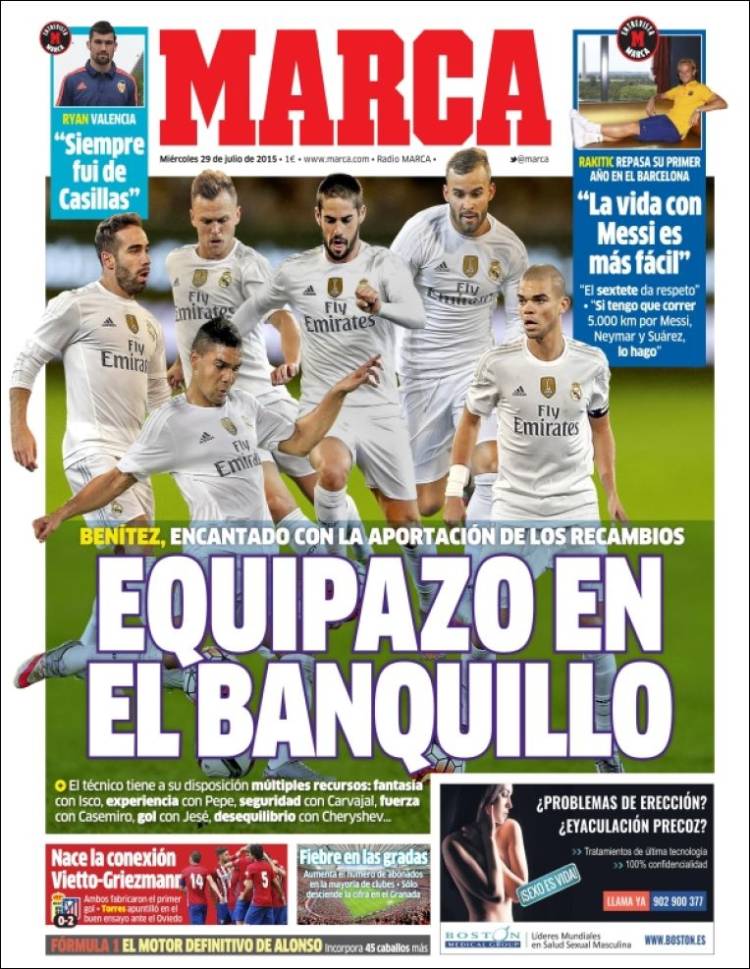 Great team on the bench

Benitez, delighted with the contribution of the replacements

The Coach has multiple resources available: fantasy with Isco, experience with Pepe, security with Carvajal, strength with Casemiro, goals with Jese, imbalance with Cheryshev…

‘I was always Casillas’

‘Life with Messi is easier’

The Vietto-Griezmann connection is born

Both made the first goal

Torres finishes off a good test against Oviedo

Fever in the stands

The majority of clubs increase the number of supporters

The figure only down at Granada 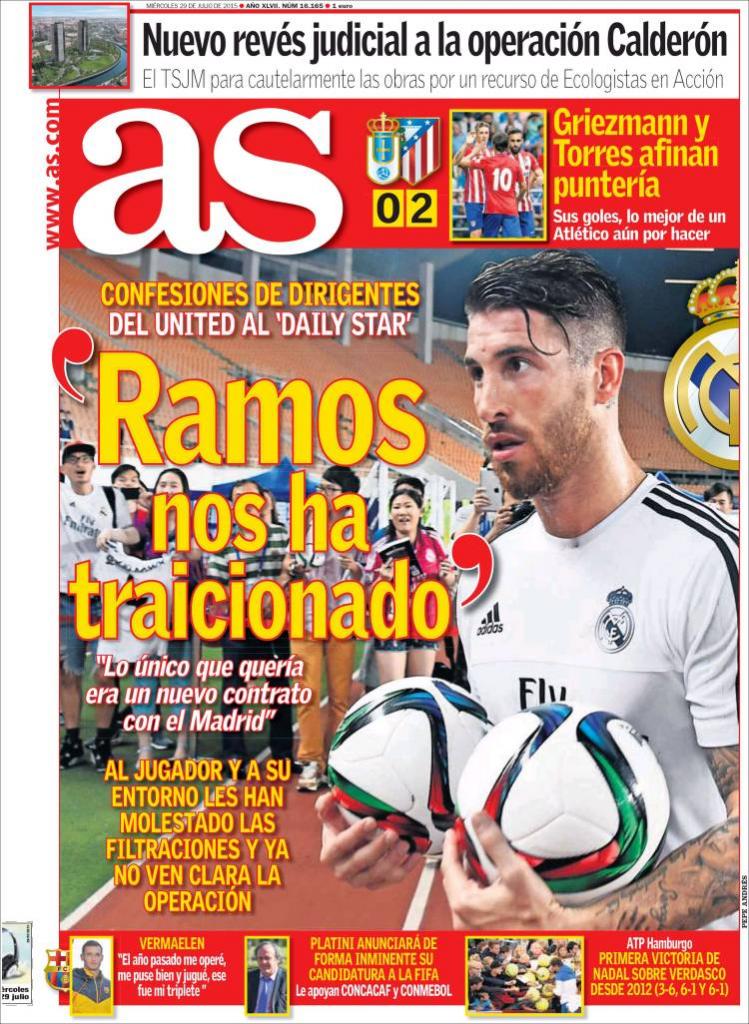 ‘Ramos has betrayed us’

Confession of the bosses of United to the ‘Daily Star’

‘The only thing he wanted was a new contract with Madrid’

The TSJM provisionally works with the recourse of Ecologists in Action

They score, the best of Atletico still to come

‘Last year I had an operation, recovered, and played. That was my treble’

CONCACAF and CONMEBOL support him 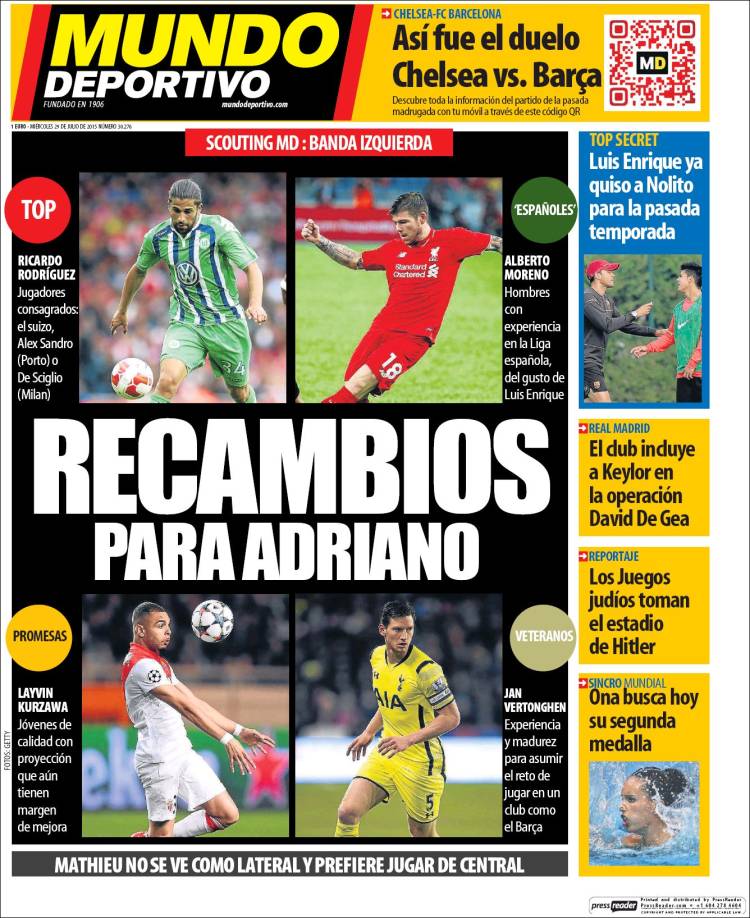 Players with experience in La Liga, liked by Luis Enrique

The club include Keylor in the operation for De Gea