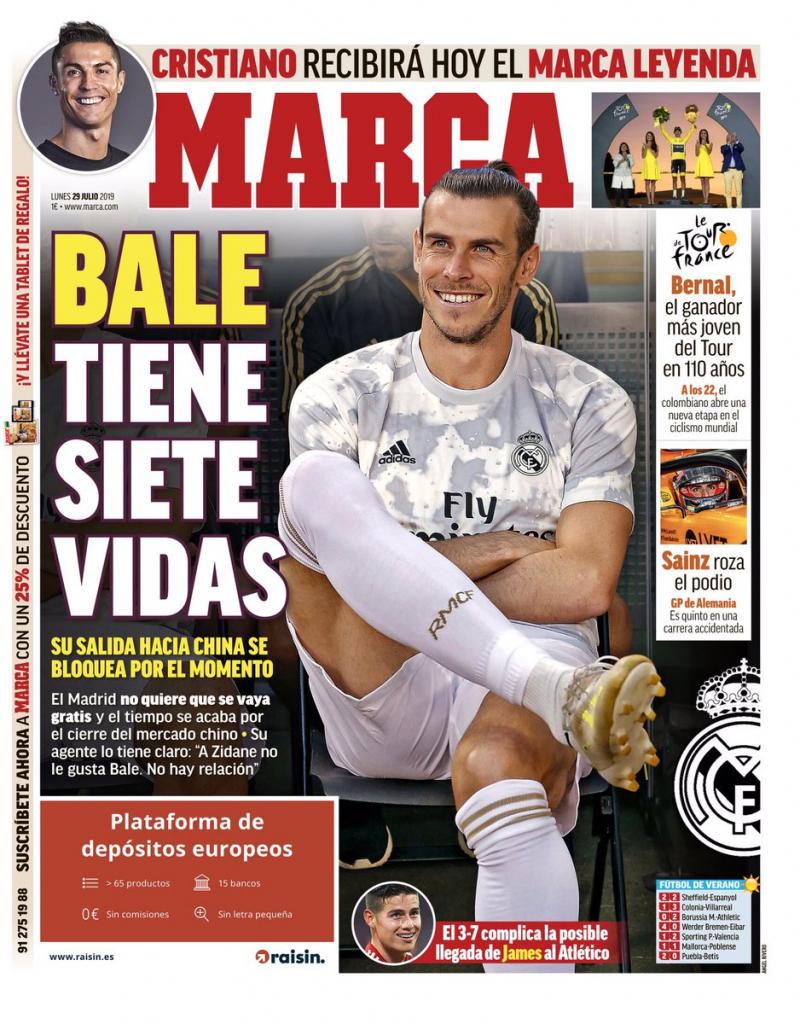 His move to China is blocked for the moment

Madrid don't want to lose him on a free. Agent is clear: "There is no relationship between him and Zidane, who does not like him." 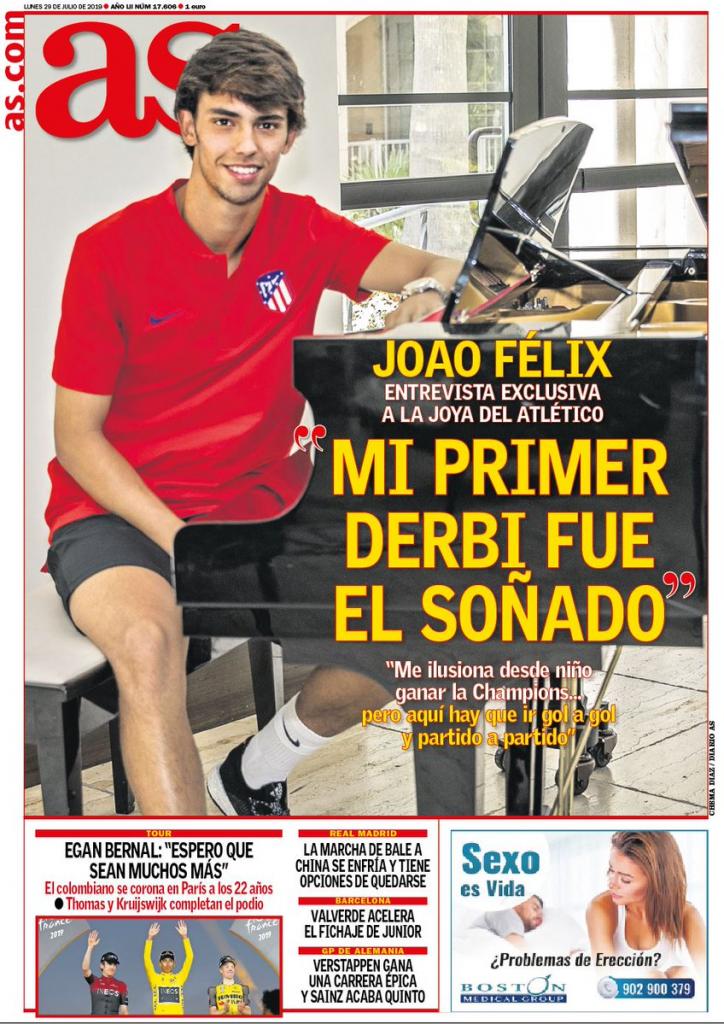 Joao Felix: My first debut was the dream

Bale's exit to China cools and he has options to stay

Valverde speeds up the signing of Junior Firpo 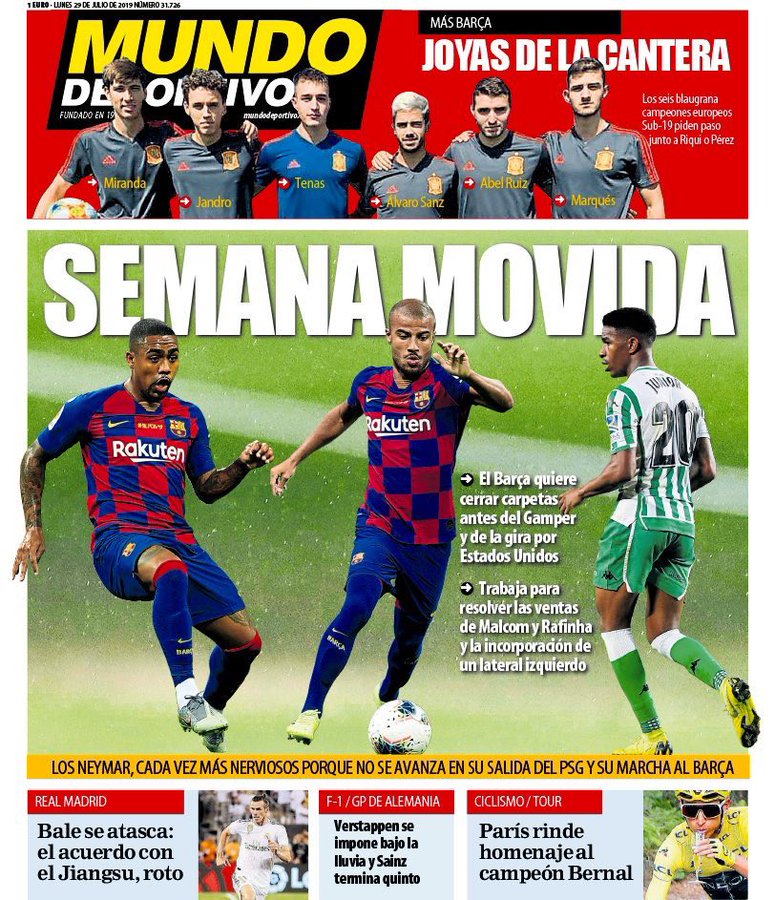 Barcelona want to finalise deals before pre-season tour, want to solve futures of Rafinha and Malcom, sign a left-back

Bale is stuck - the agreement with Jiangsu, broken