Today's front-pages from Marca, AS and Mundo Deportivo. 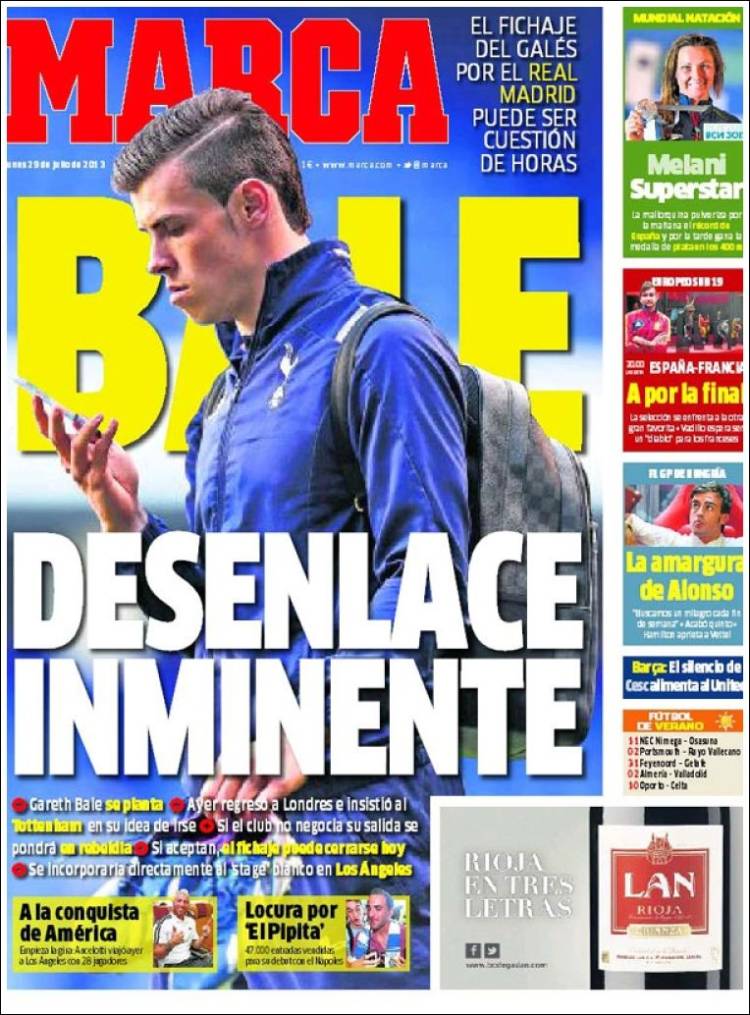 Gareth Bale to walk out

If the club does not negotiate his exit, he could push for his own exit

If they accept, the signing could be done today

On to conquest America

European Under 19 Championship, Spain play France for a place in the final

Hungary GP: The bitterness of Alonso

Barca: In silence over the possible sale of Cesc to United 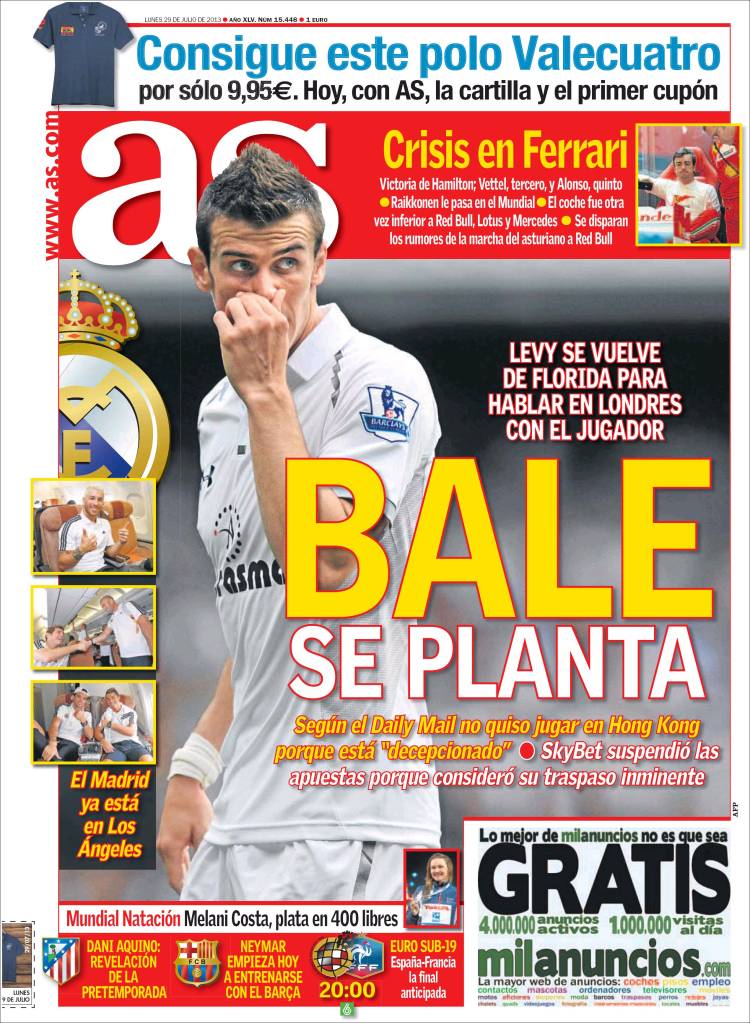 Bale to walk out

Levy returns from Florida to talk with the player in London

Madrid already on the way to Los Angeles

Raikonnen overtakes Alonso in the standings

The car was again inferior to Red Bull, Lotus and Mercedes

Rumours have started over Alonso possibly moving to Red Bull

Dani Aquino: A revelation this preseason

European Under 19 Championships: Spain and France, the anticipated final 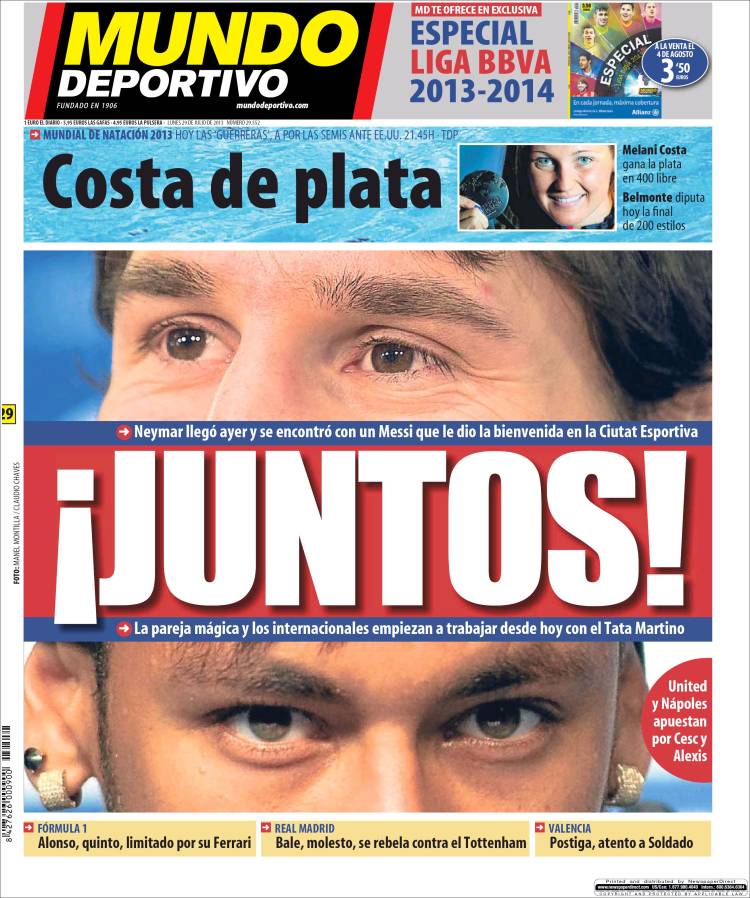 Real Madrid: Bale to force his exit from Spurs

Belmonte in the final today of the 200m