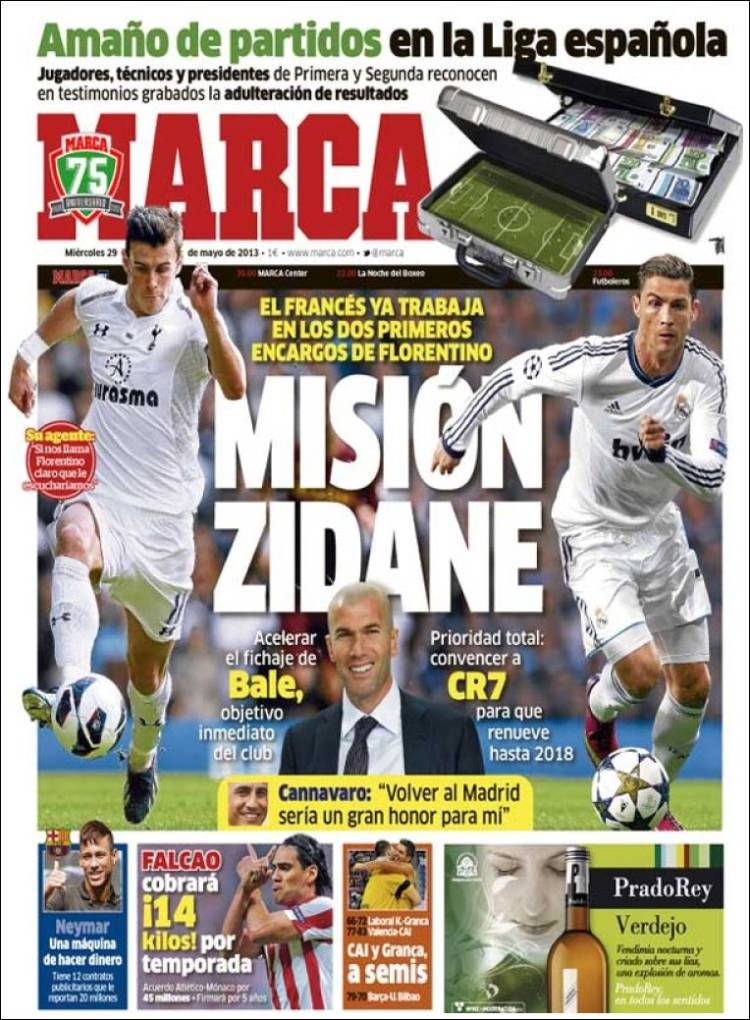 To accelerate Bale’s signing is the club’s immediate objective

Total priority: to convince CR7 to renew until 2018

Cannavaro: “To return to Madrid would be a great honour for me”

Match fixing in the Spanish League. Primera and Segunda players, Coaches and Presidents admit in taped testimonies the rigging of results

Neymar, a money-making machine. He has 12 advertising contracts that make him €20m

Falcao will earn €14m per season! Atletico and Monaco agree on €45m and he will sign for five years 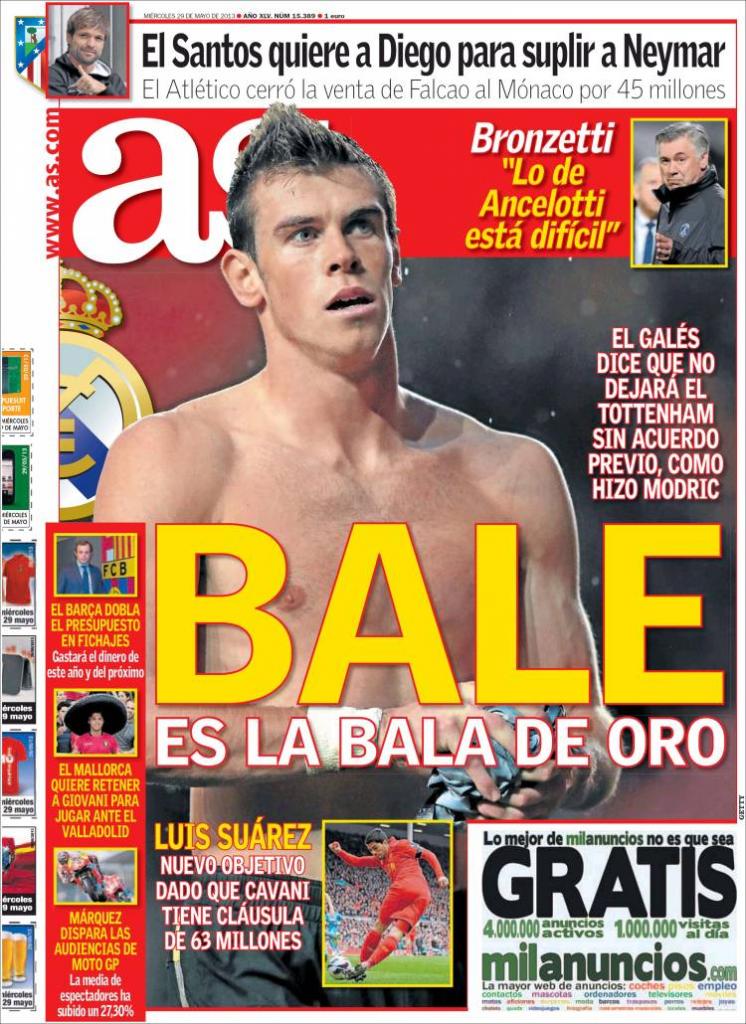 Bale is the golden bullet

The Welshman says he will not leave Tottenham without a previous agreement, as Modric did

Barca double their signing budget. They will spend this year’s and next year’s money

Mallorca want to keep Giovani to play against Valladolid 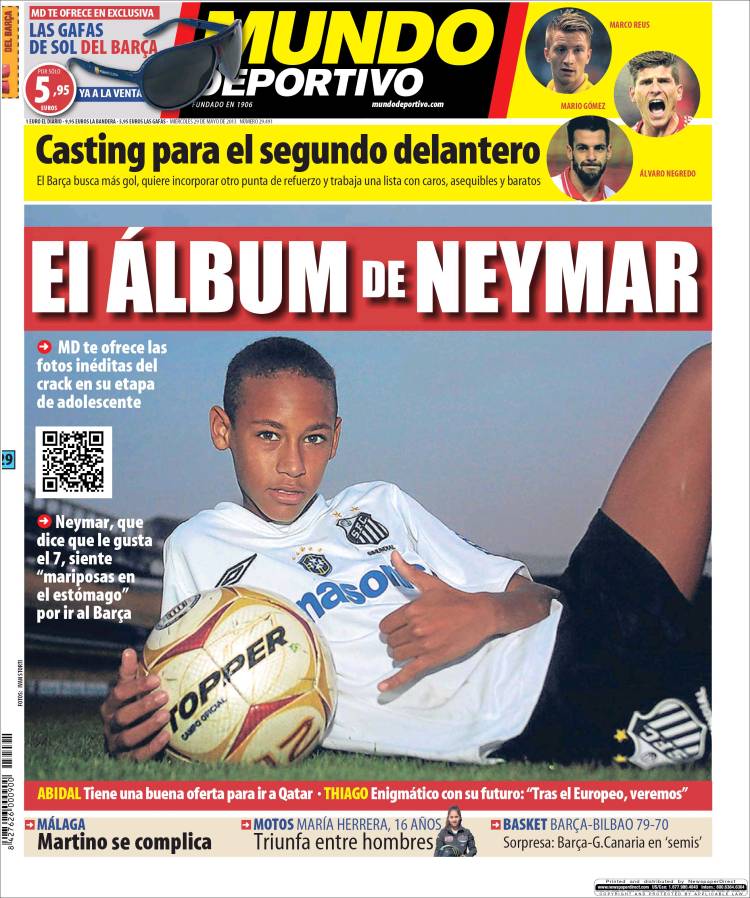 Neymar’s album. MD offers unedited photos of the superstar from his adolescent years

Neymar, who says he likes the No 7 shirt, feels ‘butterflies in the stomach’ on going to Barca

Casting for a second striker. Barca, looking for more goals, want to sign another forward and are working on a list of faces that are available and cheap

Abidal has a good offer to go to Qatar

Thiago, enigmatic over his future: “After the Euro Under-21’s we’ll see”