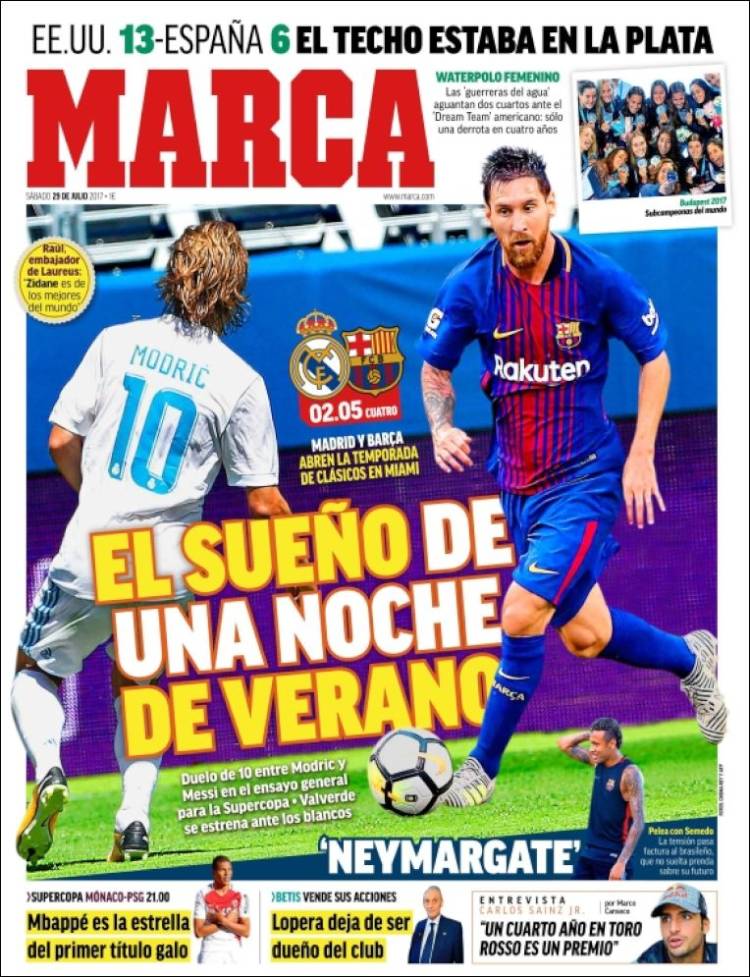 Madrid and Barca open a season of Clasicos in Miami

Mbappe is the star of the first French trophy

Lopera ceases to own the club 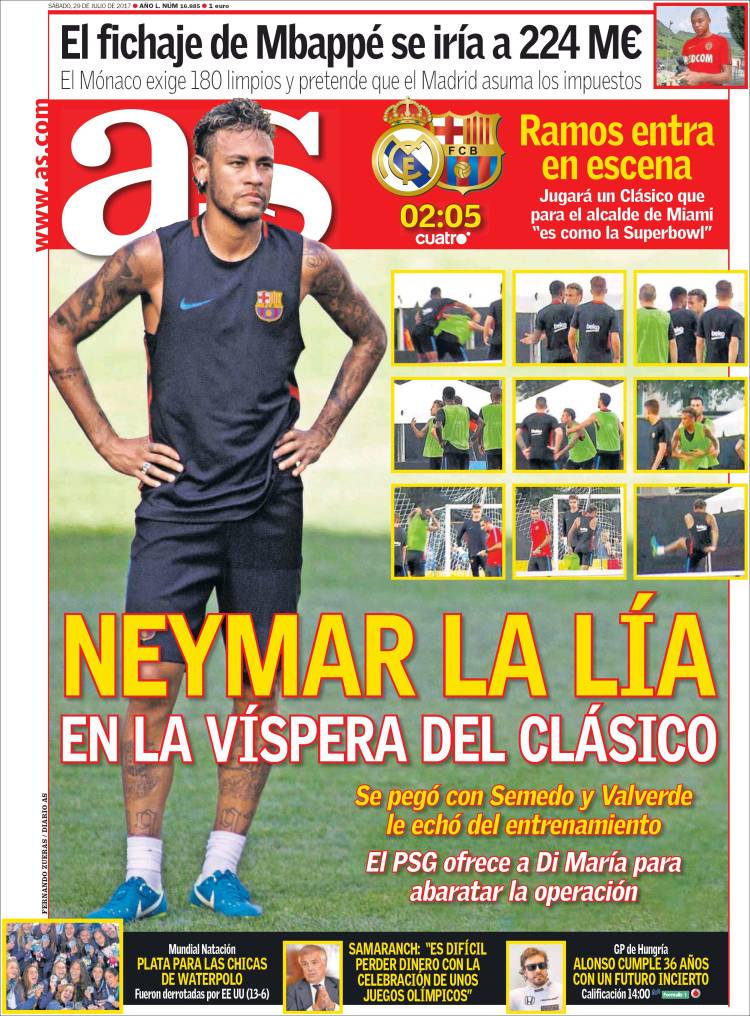 On the eve of the Clasico

He was fouled by Semedo and Valverde missed him in training

He will play in a Clasico that, for the mayor of Miami, “is like the Superbowl”

Mbappe’s transfer would rise to €224m 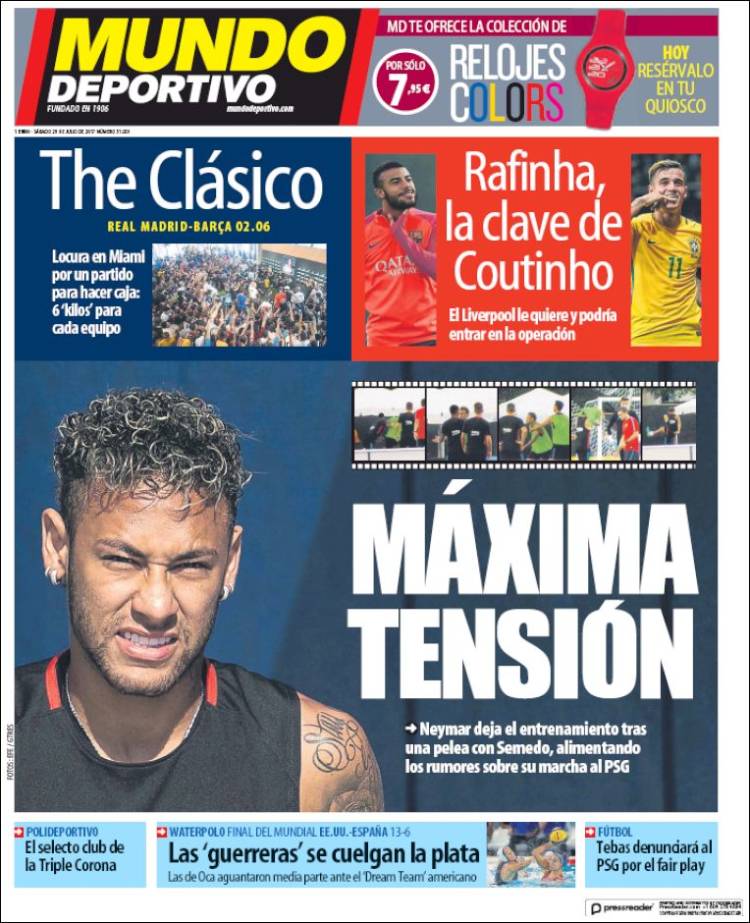 Neymar leaves training after a fight with Semedo, fuelling the rumours of his departure to PSG

Madness in Miami for a game that raises cash: €6m for each team

Rafinha, the key to Coutinho

Liverpool want him and he could enter negotiations

Tebas will report PSG on FFP