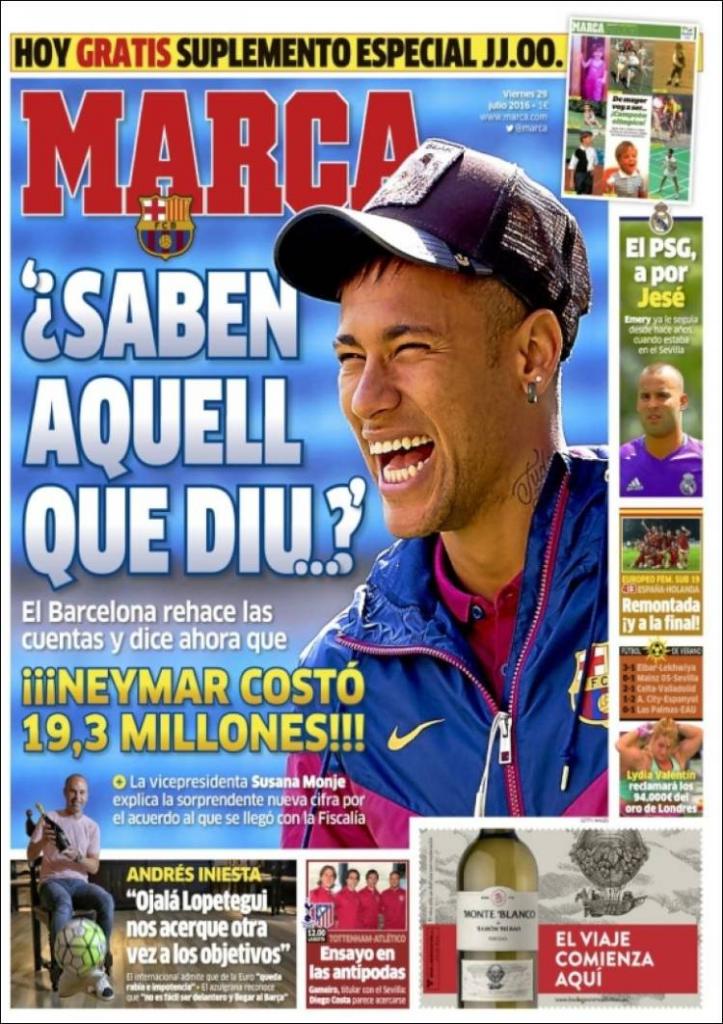 “Hopefully Lopetegui will bring us to our objectives again”

The international admits “anger and impotence” remains from the Euros

Diego Costa seems to be close

PSG in for Jese

Emery has followed him for years, from when he was at Sevilla

Comeback and the final! 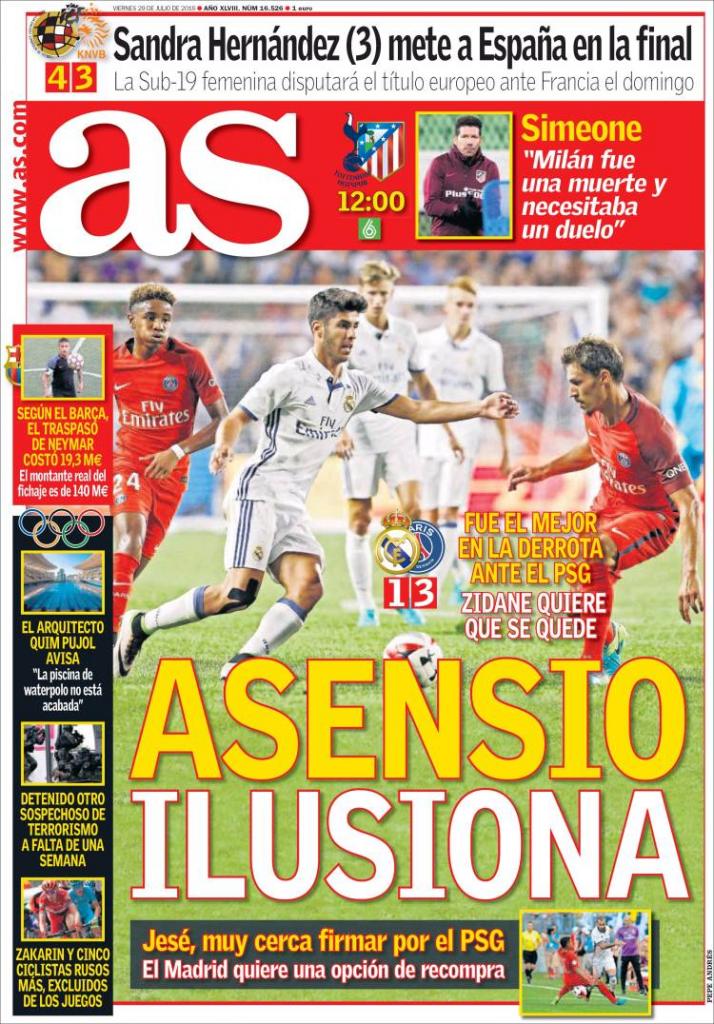 He was the best player in the defeat to PSG

Zidane wants him to stay

Simeone: “Milan was like a death and I needed to grieve”

The actual cost of the signing is €140m 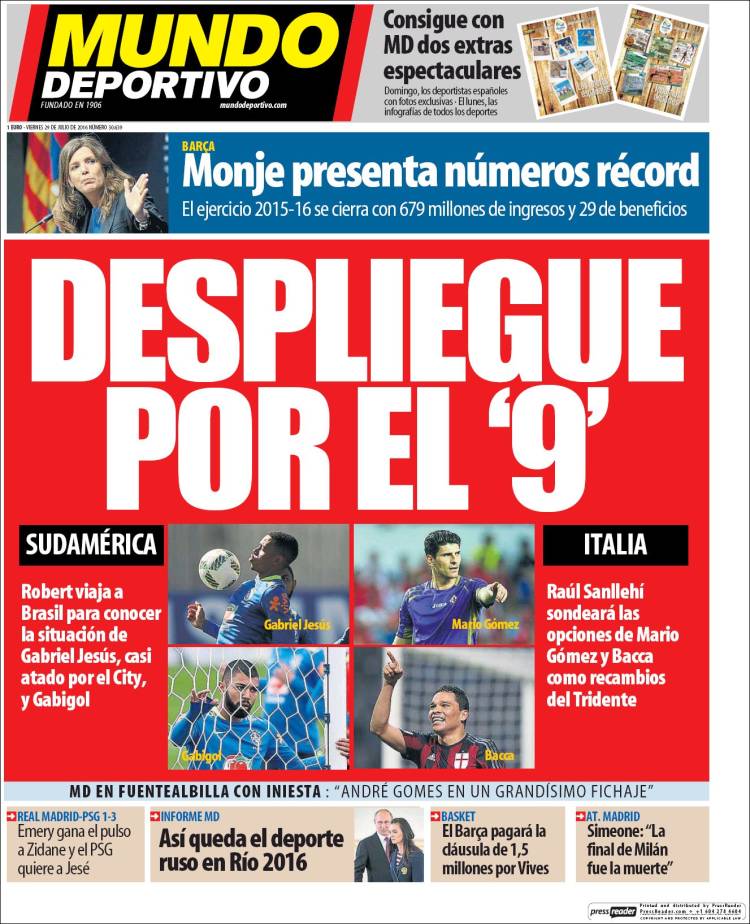 Robert travels to Brazil to discover the situation of Gabriel Jesus, almost secured by City, and Gabigol

MD in Fuentealbilla with Iniesta: “Andre Gomes a great signing”

Emery wins his battle with Zidane and PSG want Jese