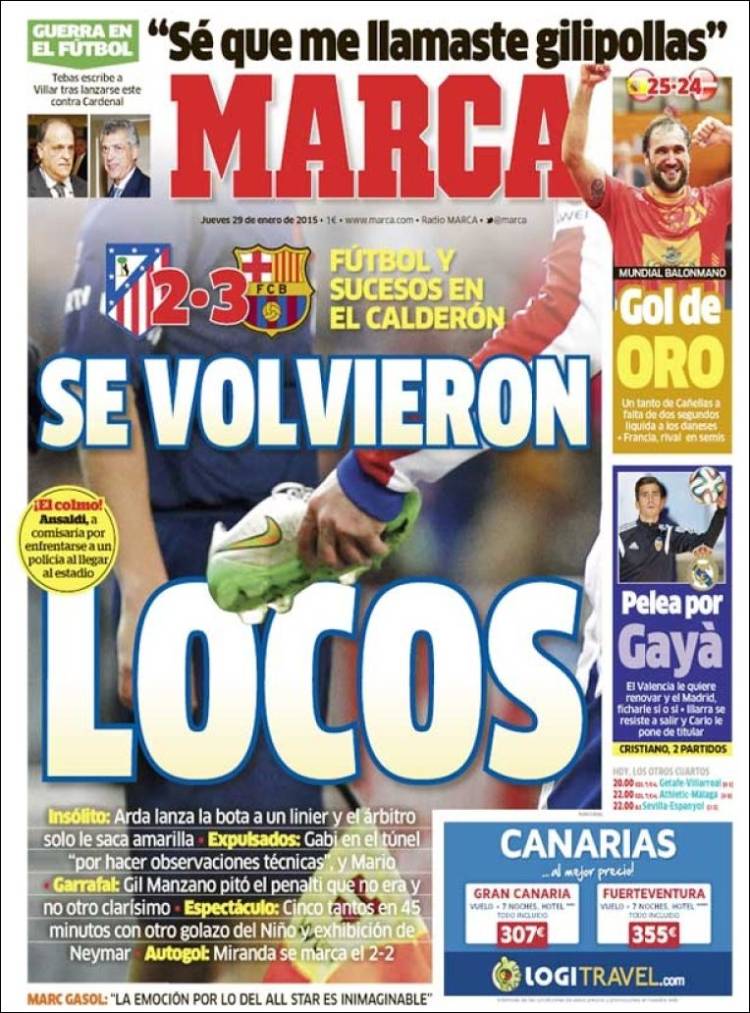 Football and incidents at the Calderon

It takes the biscuit! Ansaldi taken to the police station for a confrontation with a policeman on arriving at the stadium

Unreal: Arda throws his boot at a linesman and the referee only gives him a yellow card

Sent off: Gabi in the tunnel “for making technical observations”, and Mario

Spectacle: Five goals in 45 minutes with another great strike from ‘El Nino’ and Neymar puts on a show

Own goal: Miranda scored to make it 2-2

Tebas writes to Villar after charging this against Cardenal: “I know you called me a ******”

The fight for Gaya: Valencia want him to renew and Madrid definitely want to sign him 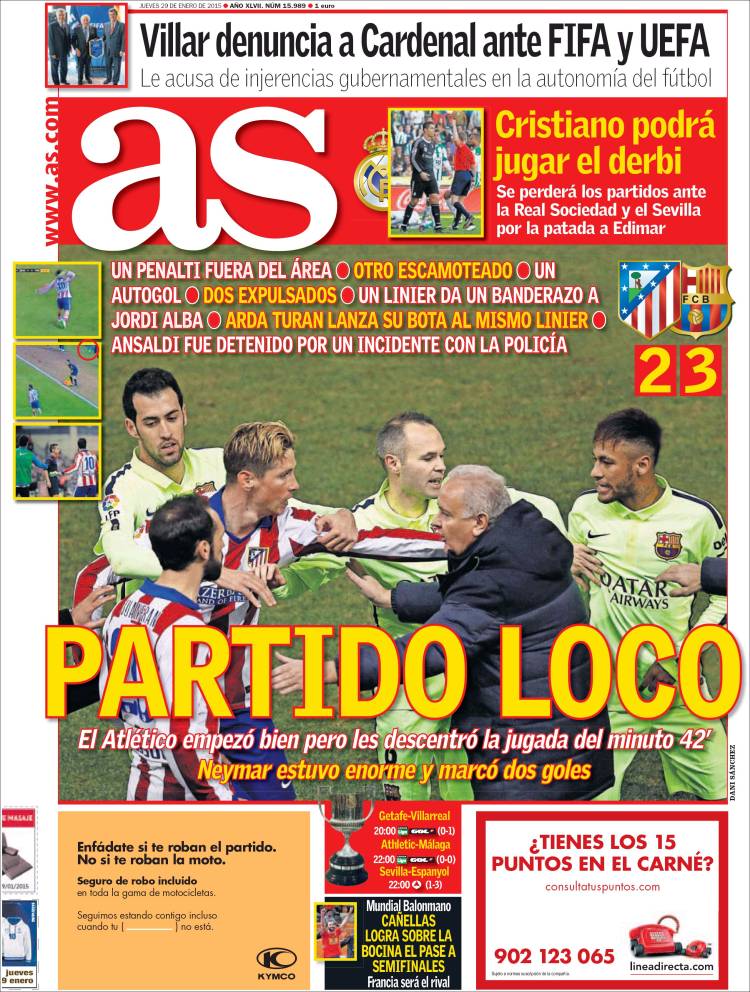 A penalty outside the area: another one not given: an own goal: two sent off: a linesman hit Jordi Alba with his flag: Arda Turan threw his boot at the same linesman: Ansaldi was arrested for an incident with the police

Villar denounces Cardenal to FIFA and UEFA: he is accused of government interference in the running of football

Cristiano will be able to play in the derby: he will miss the games with Real Sociedad and Sevilla for kicking out at Edimar 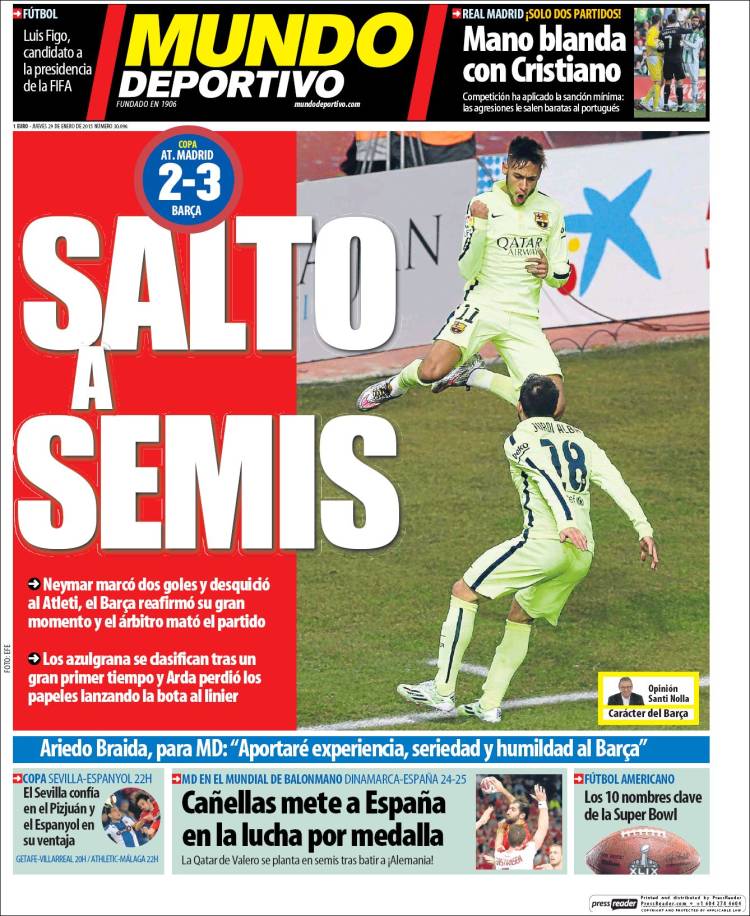 Leap to the semi-finals

The Blaugrana qualify after a great first half and Arda loses control, throwing his boot at the linesman

Only two matches! Leniency for Cristiano: the Competition Committee applies the minimum sanction: the aggression comes cheap to the Portuguese

Sevilla trust in the Pizjuan and Espanyol in their advantage