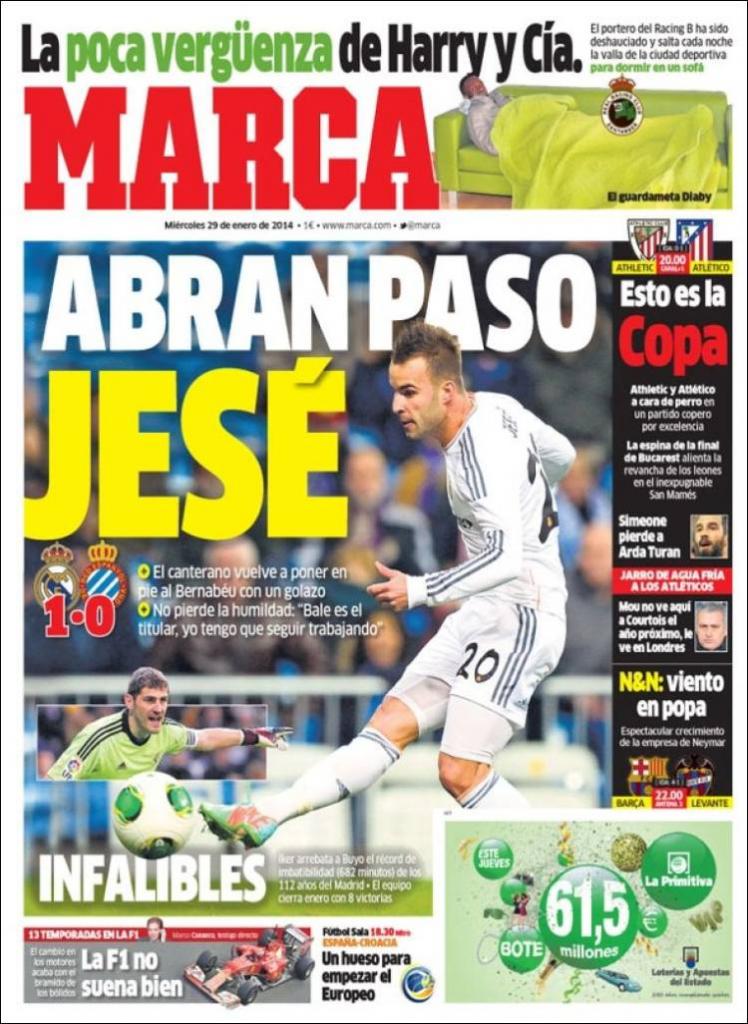 The Canterano returns to make his mark at the Bernabeu

He keeps his feet on the ground however: "Bale is first choice, I have to continue working"

The team closes out January with it's eighth win

The embarrassing situation of Harry and co.

This is the Copa

Hard to take for Atletico fans

Mou does not see Courtois at the club next year, he sees him in London

The spectacular rise of Neymar's company 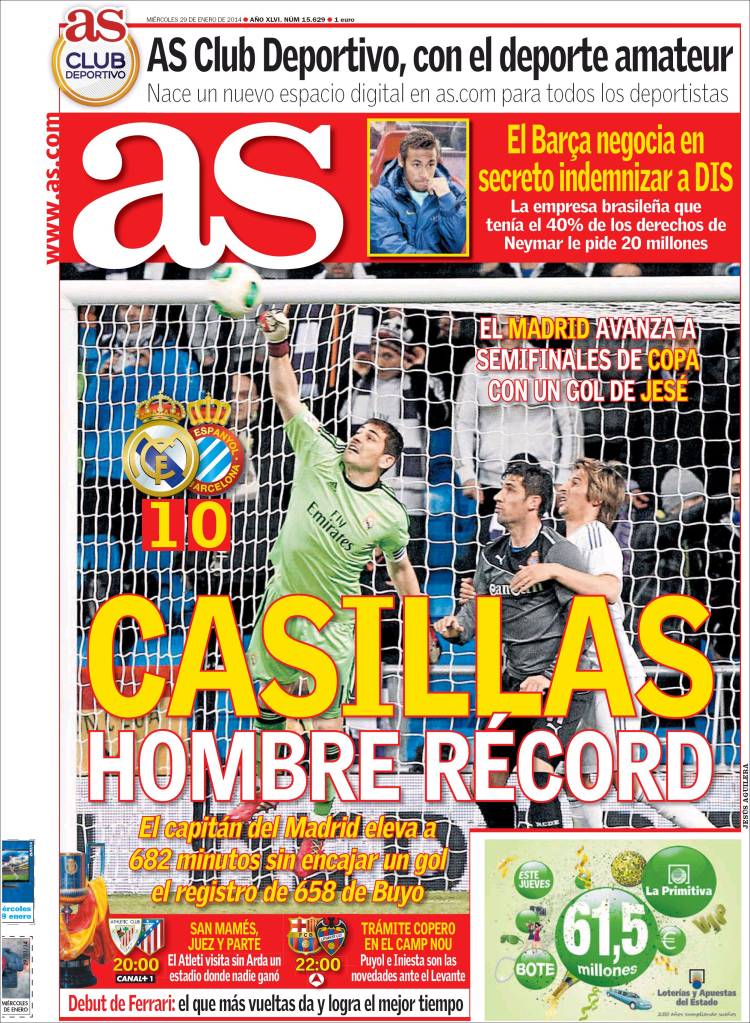 Madrid advance to the semifinals with a goal from Jese

Barca talking in secret with Neymar

Atleti travel without Arda to a stadium where nobody ever wins

A formality at Camp Nou

Ferrari debuts: after a number of trials, it records the best time 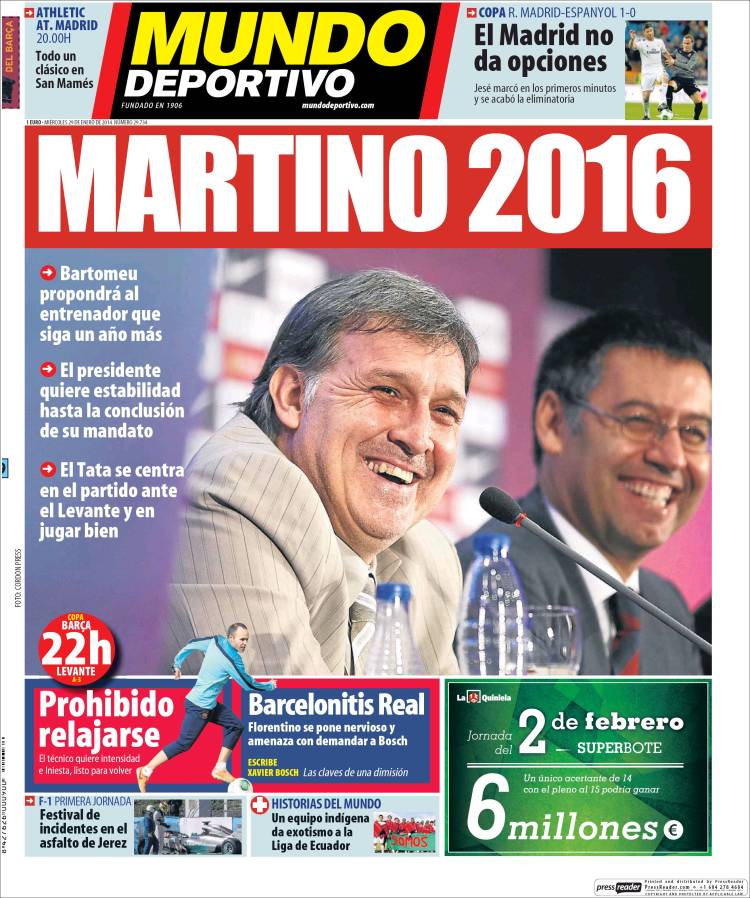 Bartomeu proposes that Martino carry on another year

The President was stability until the end of his mandate

Tata is focusing on Levante

Madrid give Espanyol no chance

A classic at San Mames awaits

The coach wants intensity and Iniesta is ready to return

Florentino is nervous and threatens to sue Bosch