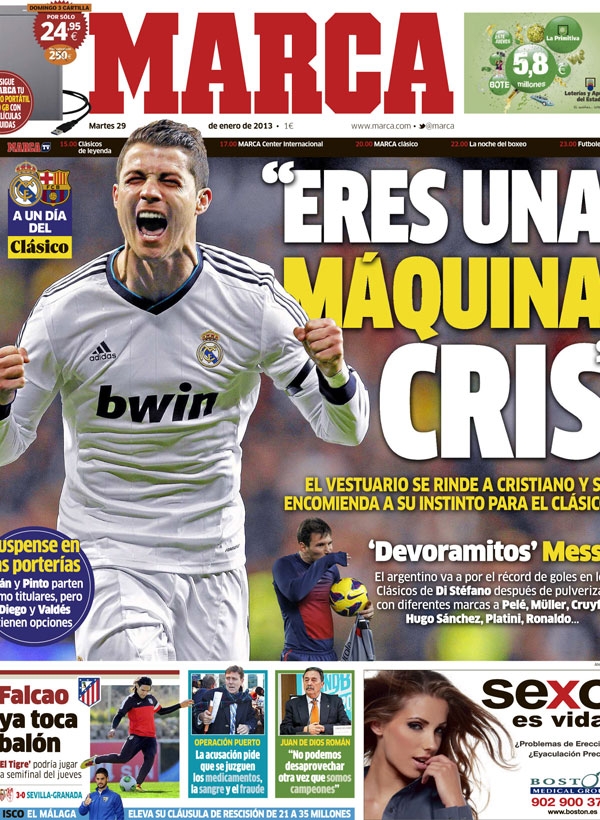 “You are a machine Cris”

The Argentine goes for the record number of goals in the Clasicos targeting Di Stefano after pulverising records of numerous goal scorers like Pele, Muller, Cruyff, Hugo Sanchez, Platini, Ronaldo

Suspense for the goalkeepers: Adan and Pinto are the starters but Diego and Valdes are options

Falcao already training with the ball

The Tiger could play in the semifinal on Thursday

Juan de Dios Roman: We cannot disprove again that we are champions”

Isco: Malaga lift his buy-out clause from 21 to 35 million 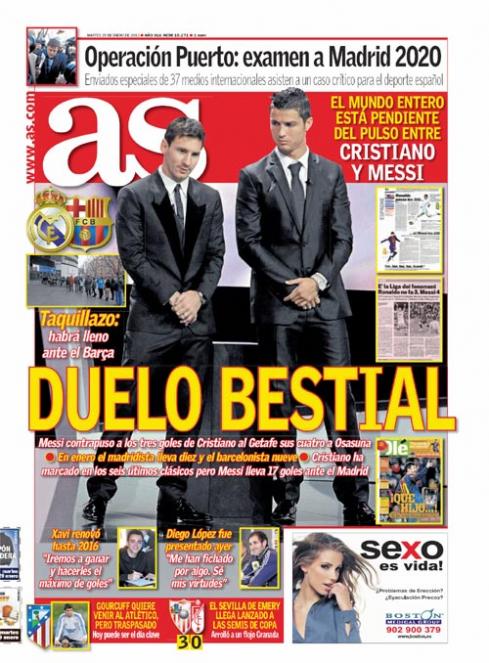 Messi replied to Cristiano’s three goals against Getafe with four against Osasuna; In January the Madridista scored ten, the Barcelonista nine; Cristiano has scored in the seven recent Clasicos but Messi has 17 goals against Madrid

Ticket office: It will be full for match against Barcelona

The world is waiting for the clash of Ronaldo v Messi

Diego Lopez presented to the media: “They have signed me for something. I know my strengths”

Gourcuff wants to come to Atletico but on a transfer: Today could by key

Sevilla 3-0 Granada: Emery’s Sevilla launch themselves to the semis of the Copa with a knockout on Granada 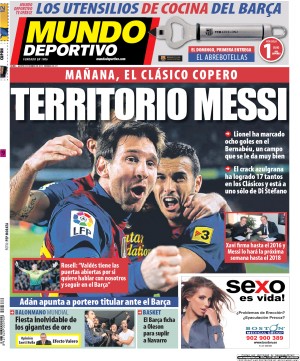 Lionel has scored eight goals at the Bernabeu, it is a field that he likes very much

Rosell: “Valdes has open doors if he wants to talk with us he can continue with Barca”

Adan to start against Barca

Handball: An unforgettable party for the golden victors