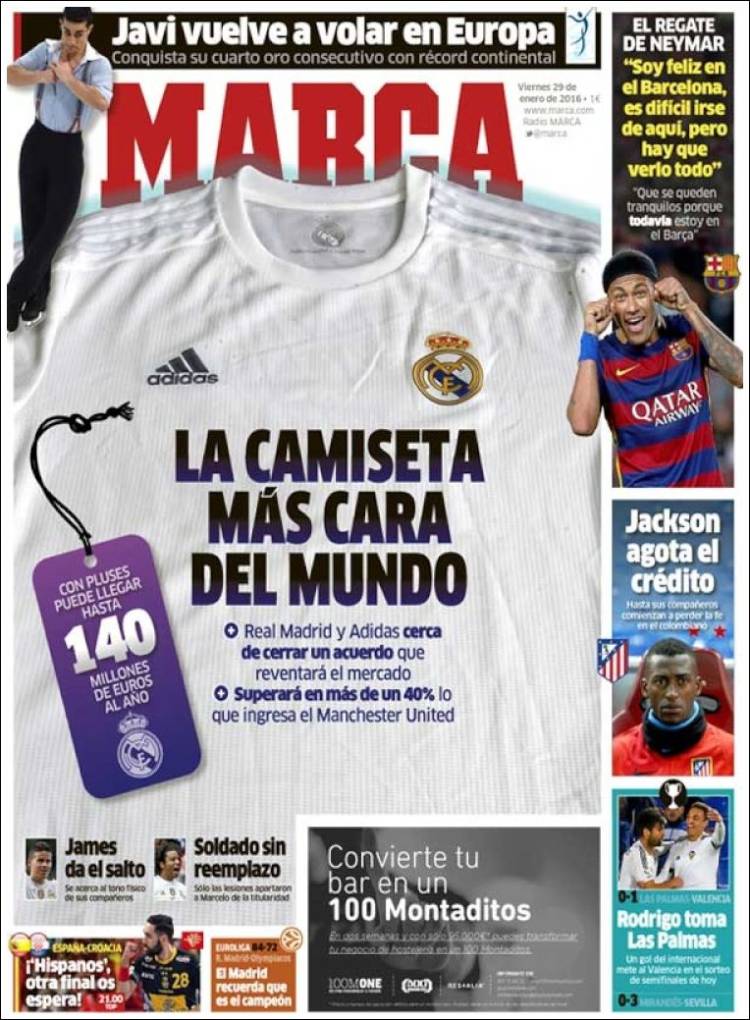 The most expensive shirt in the world

It will exceed Manchester United’s by more than 40 percent

He approaches the physical shape of his teammates

“I’m happy at Barcelona and it’d be difficult to leave, but you must see everything”

“The fans can stay calm because I'm still at Barca”

Jackson runs out of credit 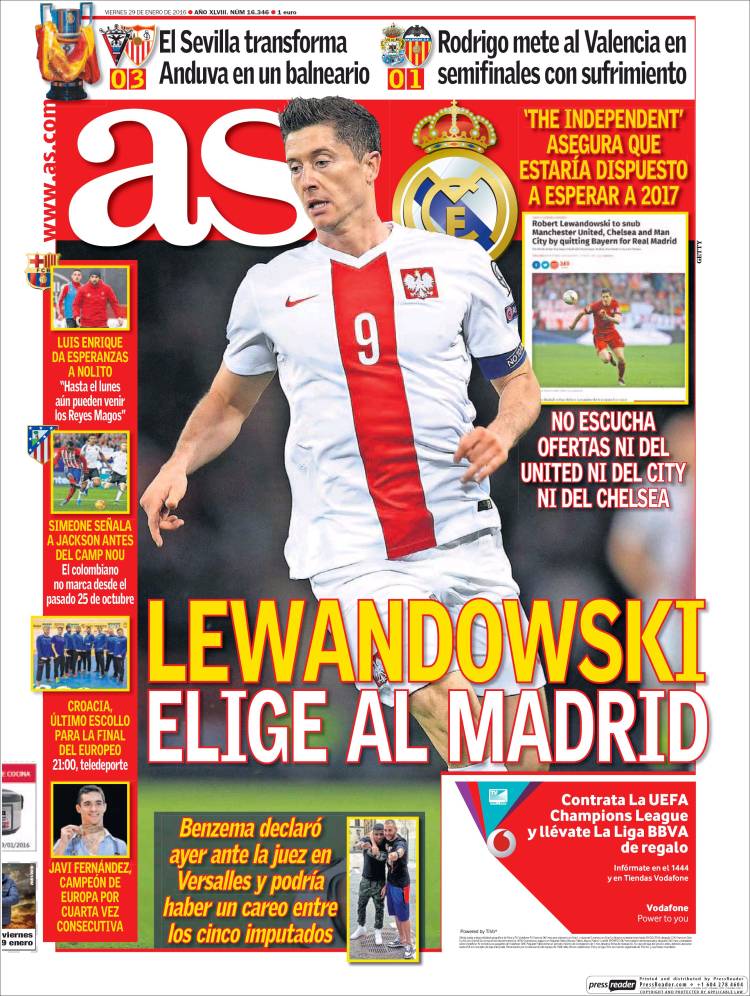 The Independent says he is willing to wait until 2017

He is not listening to offers from United, City or Chelsea

Sevilla transform Anduva into a spa

The Colombian has not scored since October 25 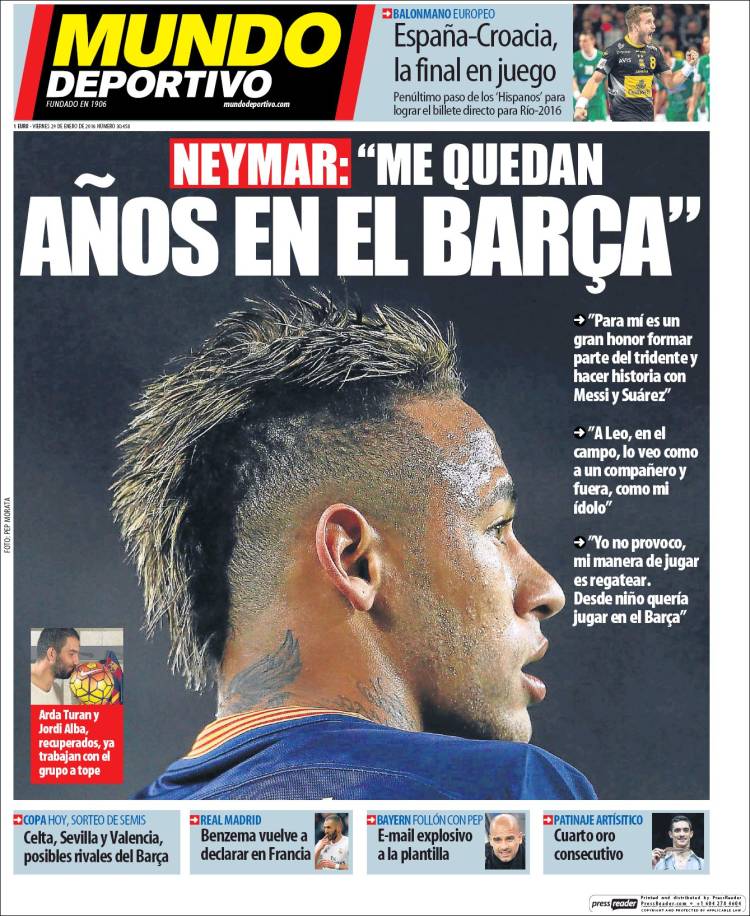 Neymar: “I still have years left at Barca!”

“For me, it’s a great honour to be part of the trident and make history with Messi and Suarez”

"I don’t provoke anything. My way of playing is to dribble past opponents. I’ve wanted to play for Barca since I was little”

Bayern in a mess with Pep

Explosive e-mail to his squad