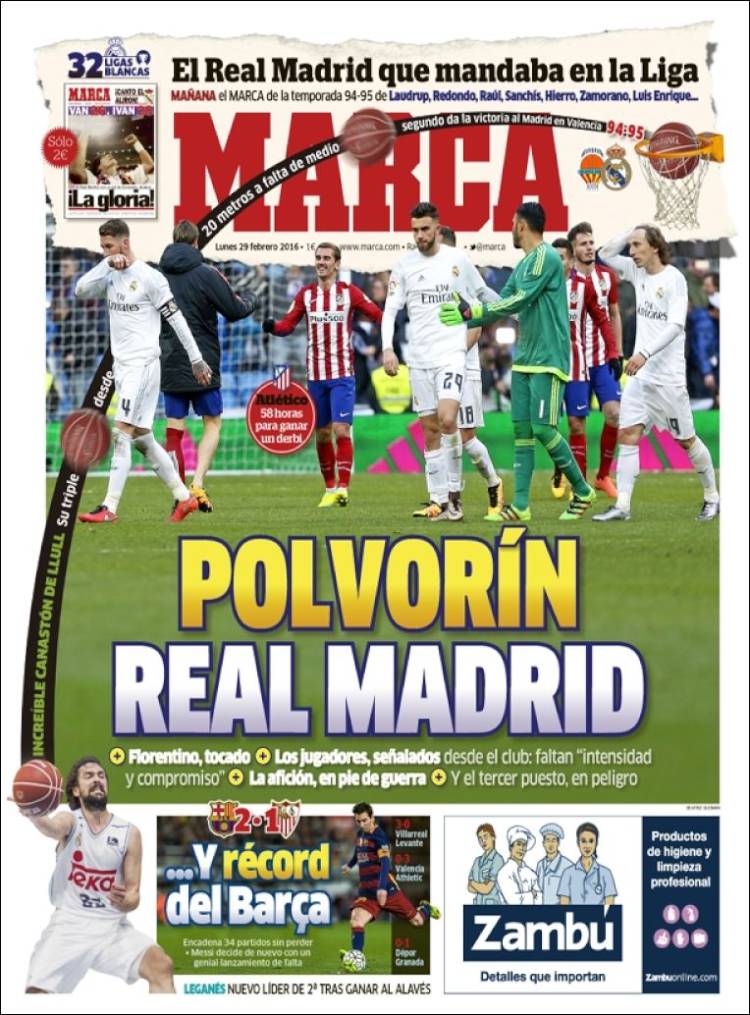 Players, accused by the club of lacking in “intensity and commitment”

The fans, on a warpath

And third place is in danger

Atletico win the derby in 58 hours

They string together an unbeaten run of 34 games 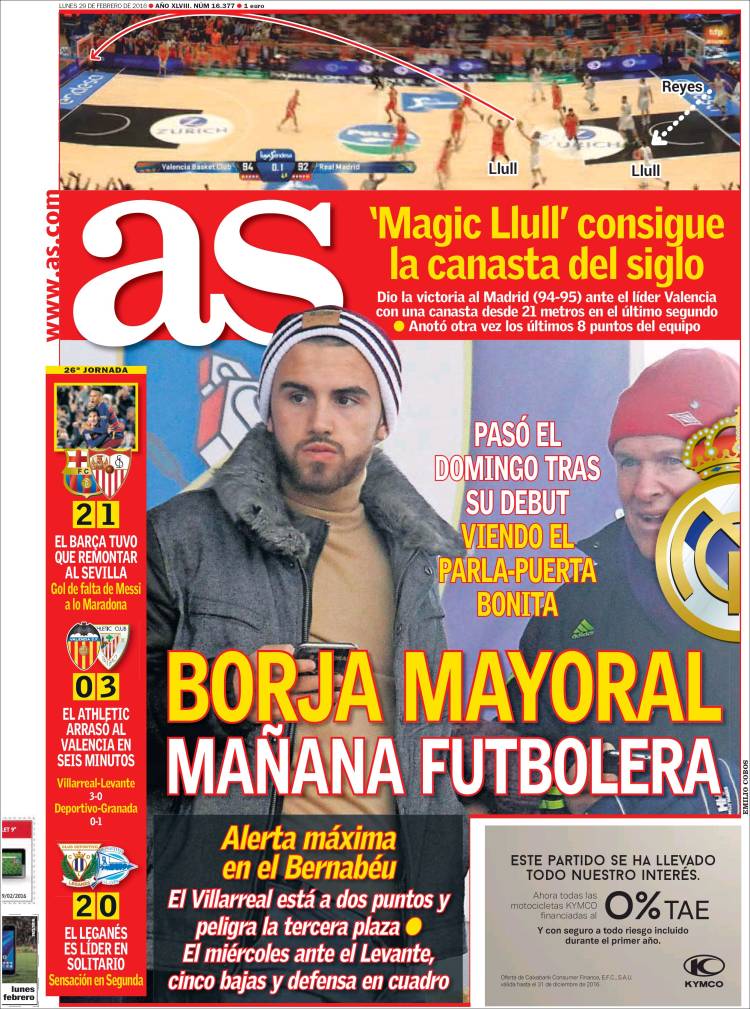 Borja Mayoral, spectator in the morning

It happened on Sunday after his debut

Red alert at the Bernabeu

On Wednesday against Levante, five injuries and a defensive crisis

Barca come from behind to beat Sevilla

Leganes are leaders in solidarity 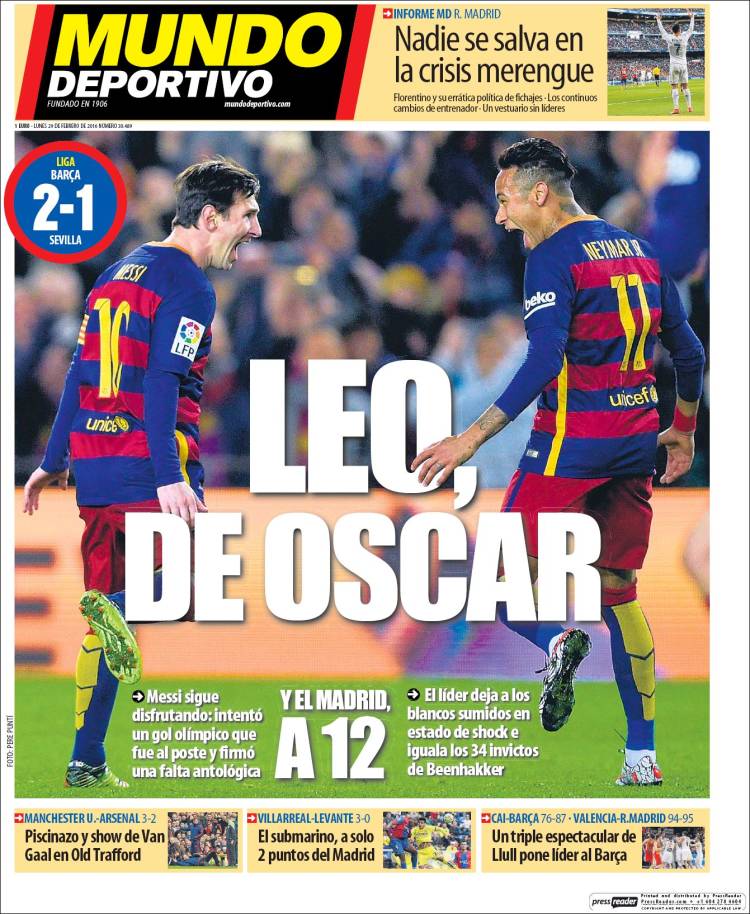 And 12 ahead of Madrid

Messi continues to enjoy himself: he tried to score directly from a corner, which hit the post, but signed off with an anthological free kick

No-one is spared in the Merengue crisis

A dressing room without leaders

A great dive and show from Van Gaal at Old Trafford