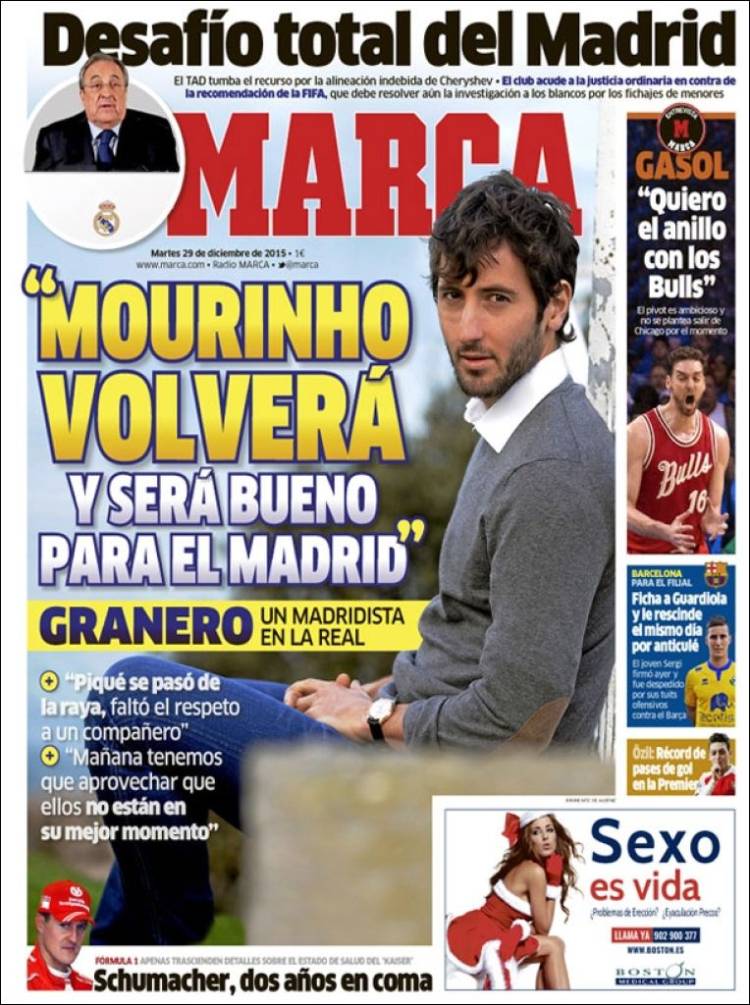 The club go to the [non-sporting] courts against the recommendation of FIFA, which still has to resolve the investigation into Los Blancos’ for the signing of minors

“Mourinho will return and be good for Madrid”

A Madridista in La Real

For the B team

Sign Guardiola and rescind the same day for anti-Cule 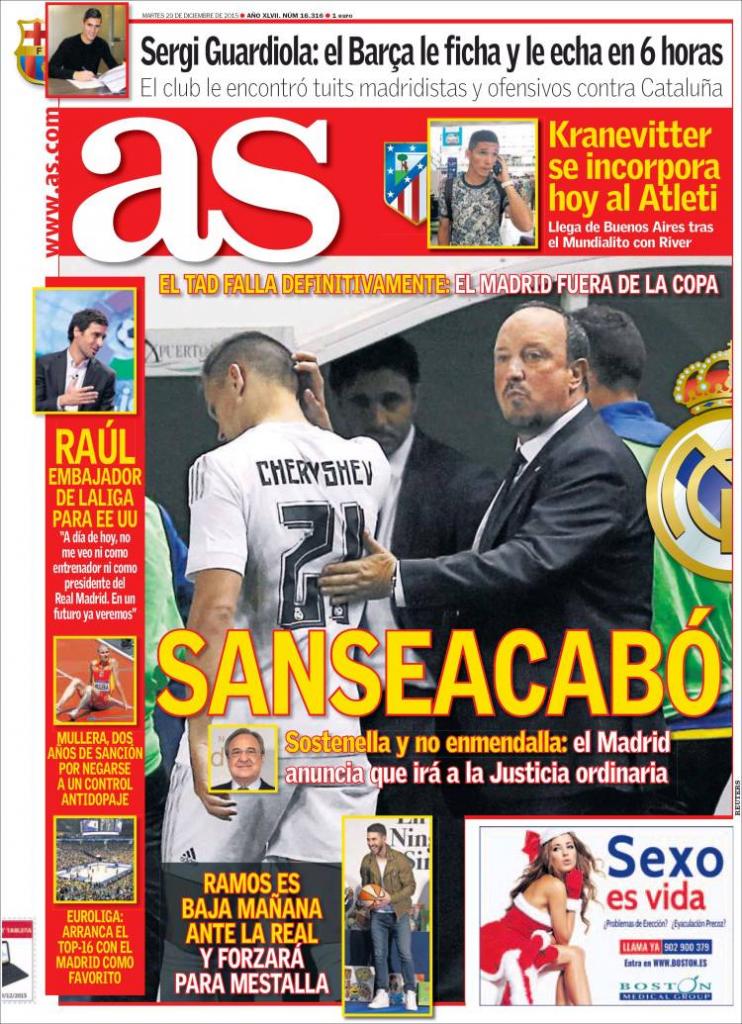 Sergi Guardiola: Barca sign him and throw him out in six hours

The club finds tweets pro-Madrid and offensive to Catalonia

Comes from Buenos Aires after the Club World Cup with River

TAD definitely fails: Madrid out of the Copa del Rey

That’s the end of it!

Sostenella y no enmendalla [a Spanish phrase from Las Mocedades del Cid that means when a nobleman has drawn his sword, even wrongly, he sees the challenge through to the end no matter what]: Madrid announce they will go to the non-sporting courts

“Today I don’t see myself as Coach or President of Real Madrid. In the future we’ll see” 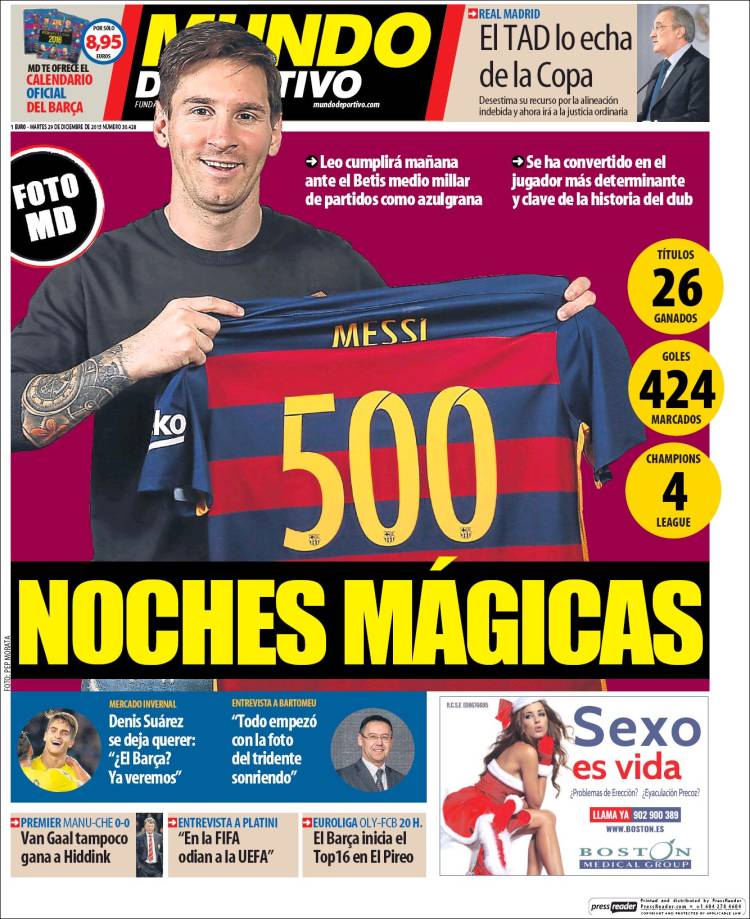 TAD throw Madrid out of the Copa del Rey

“It all started with a picture of the trident smiling”

Neither Van Gaal nor Hiddink wins

“They hate UEFA in FIFA”