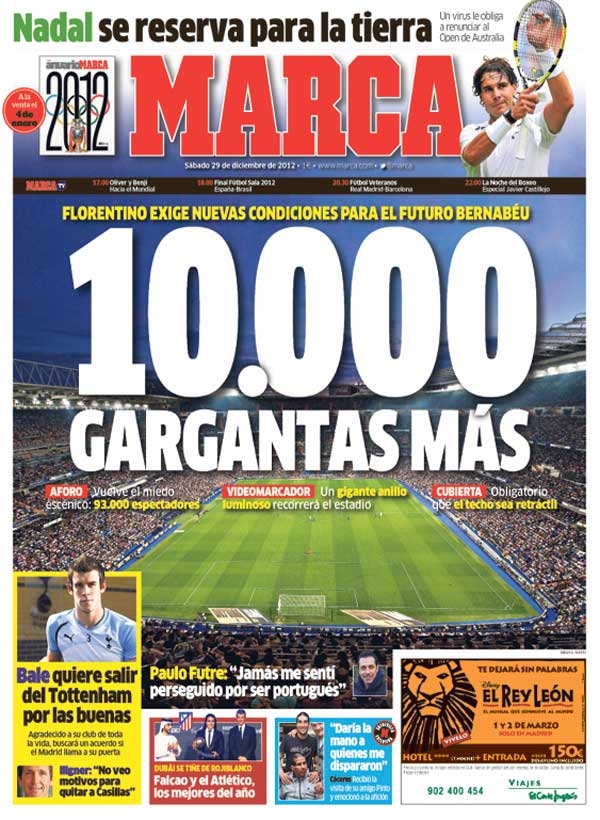 Florentino puts up new conditions for the future of the Bernabeu

Capacity: To bring fear to the stage with 93,000 spectators

Videoscreen: One giant luminous light will ring the stadium

Cover: Obligatory that the roof will be retractable

He is grateful to his club for everything, but is searching for an agreement with Madrid

Illgner: I see no reason to drop Casillas

Falcao and Atletico the best in the world

Pinto: I will help those you criticised me

Pualo Futre: Never have I felt persecuted for being Portuguese

Nadal remains home: A virus forces him to quit participation in the Australian Open 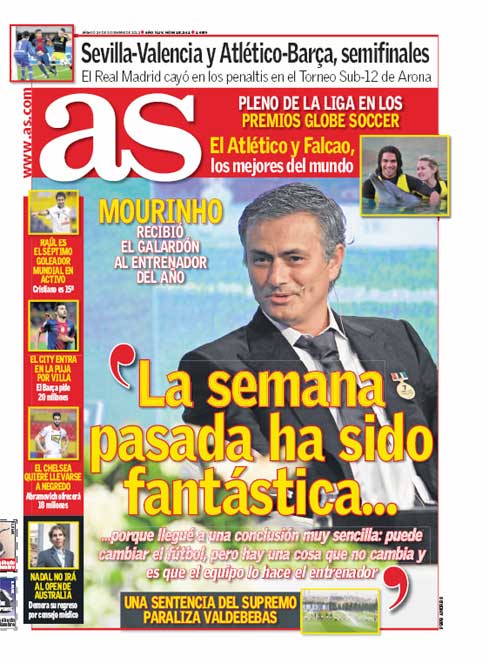 Mourinho: Receives the award for coach of the year

Mourinho: “The last week has been fantastic”

(Mou)…”Because it was a very easy-going week: it could change our fortunes, but, one thing that cannot change is that the team makes the coach”

Valdebebas paralized by a sentence from up high

Atletico and Falcao, the best in the world

City plan a bid for Villa: Barca ask for 20

Nadal will not go to the Australian Open; delay over his return after meeting with his doctor 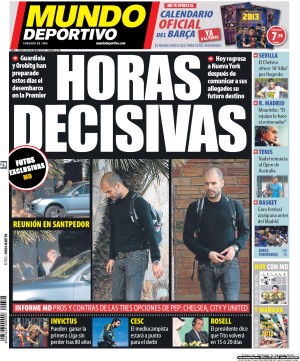 Today Pep returns to New York after meetings about his future

Report on the pros and cons of Pep’s three options: Chelsea, City and United

Invictus: Barca can with the Primera Liga without losing for the first time in 80 years

Cesc: The midfielder will be ready for the derby

Rosell: The President says that Tito will return in 15 to 20 days

Tennis: Nadal gives up on the Australian Open